As an innovative showcase with an environmental core, EOLAB includes a very high number of technological advances that are destined to be carried over gradually to vehicles available in the showroom. As a consequence, EOLAB underlines the undertaking of Renault – already a pioneer in the field of zero-emission mobility thanks to its range of electric vehicles – to take even greater steps to produce affordable models that have an increasingly smaller carbon footprint.

Technologies geared to achieving ultra-low fuel consumption for all

For Renault, the purpose of EOLAB is to remain true to the company's DNA by ensuring that ultra-low fuel consumption becomes a reality for as many people as possible. This in turn means making its technologies available at a price that people can afford. EOLAB features materials such as magnesium and aluminium, which are extremely light and also much cheaper than titanium. Meanwhile, the notion of such a car being produced in large numbers within the next 10 years was dialled into the plan from the very start. 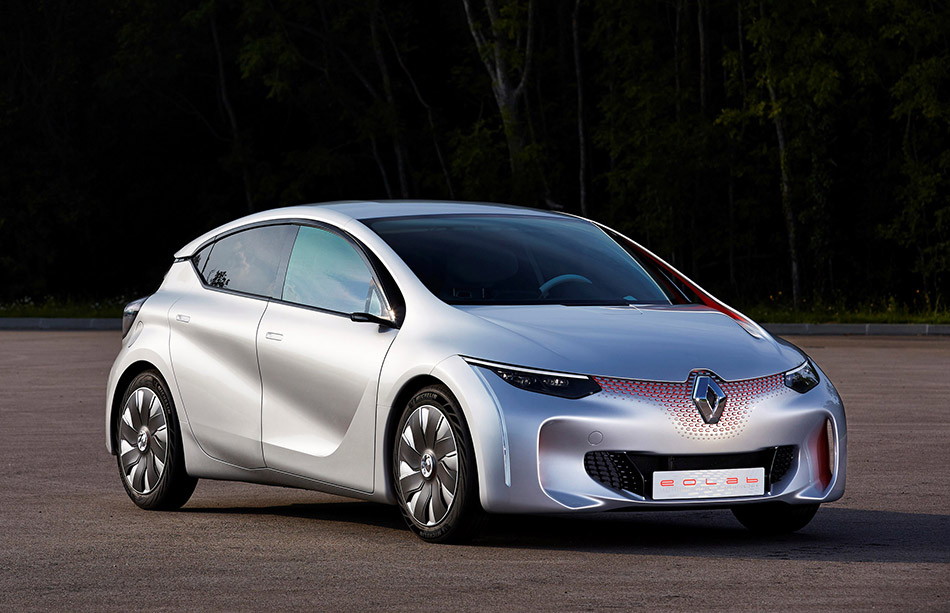 EOLAB is much more than just a styling exercise or a mere shop window. Conceived around a B-segment platform, the prototype incorporates around 100 new, realistic technological developments that are designed to be introduced gradually on upcoming Renault vehicles.

A contribution to the French government's "New Industrial Plan"

EOLAB forms part of the ‘fuel consumption of 2 litres/100km for all' plan introduced within the framework of France's so-called New Industrial Plan. However, EOLAB goes further than the fuel consumption target set by the French government since it sets its sights on the much longer term. In the course of the prototype's design, Renault developed the technologies necessary for the introduction of a car with fuel consumption of just 2 litres/100km by 2020. To achieve this, Renault worked in a spirit of collaborative innovation with French automotive industry partners like car glass manufacturer Saint-Gobain, seat supplier Faurecia, tyre company Michelin and Continental (brake system). Renault also worked closely with major partners like the Korean company Posco (magnesium components). The specific know-how of all these partners made a valuable contribution to the success of the EOLAB prototype.

EOLAB Concept: a concept car to capture the imagination

Renault's designers were closely involved with the EOLAB project from its very early days. In the case of EOLAB Concept, they pushed the design parameters to perfect the car's styling and paid significant attention to detail in order to optimise aerodynamics and weight. With its sloping roof and breathtakingly slender rear end, the concept car's true purpose is well masked: beneath its seductively designed shell, everything is geared towards frugality. It demonstrates that Renault is able to add a touch of dream-like magic to a prototype whose fundamental mission is to achieve ultra-low fuel consumption.