The Clio Renaultsport 220 Trophy is due to go on sale in the summer of 2015 and will offer a number of enhancements including increased power and torque with Stop & Start technology and reduced CO2emissions. A refined EDC transmission, quicker steering, a lower and stiffer chassis and upgraded tyres will make Renault's hot hatch even hotter. 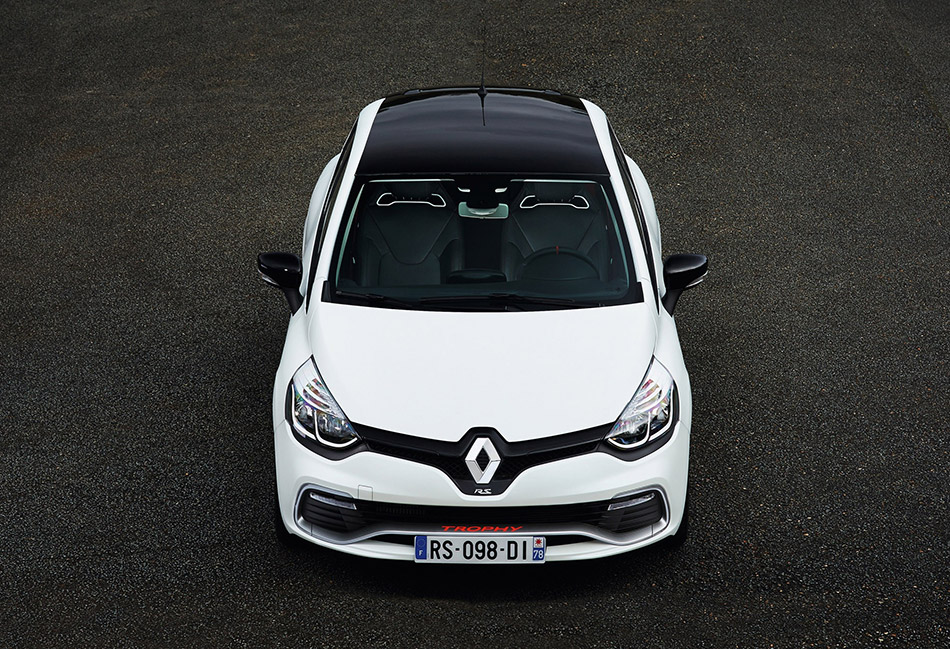 Thanks to revised engine mapping, the 220 Trophy now has 10 per cent more power and up to an extra 40Nm of torque. It also benefits from a larger turbo, an air intake designed to minimise pressure losses and a revised exhaust system to accommodate the latest Euro6 catalytic converter (and minimise back pressure losses).

Clio Renaultsport 220 Trophy retains the R.S. Drive system that allows one powertrain to have three different behaviours: Normal, Sport and Race. R.S. Drive also adds Launch Control and the ability to perform multiple down shifts at once by keeping the paddle held. Race mode is fully manual only, has the fastest shift times, no 'creep' function and will not change up or down without intervention.

The Clio is lower by 20mm at the front, 10mm at the rear. Firmer shock absorbers, and revised springs (40 per cent stiffer at the rear), have been fitted and are coupled to the existing motorsport-derived hydraulic bump stops.

A new, faster rack (with ratio reduced from 14.5:1 to 13.2:1) makes steering even more precise and incredibly direct - the best system on the market.

The Clio Renaultsport 220 Trophy EDC is a numbered special edition that provides value for money in performance terms. It is aimed at the most demanding customers, such as track-day enthusiasts and those who appreciate the cutting-edge manner of Renaultsport's unrivalled expertise.

The Clio Renaultsport 220 Trophy EDC will first go on sale in Europe, from June 2015, before being released in 10 other markets.