A 2009 xB RS 6.0 will be on display in the Scion booth at the North American International Auto Show in Detroit, January 11-25 for media and public days.

Inside, the xB features a touch screen Pioneer Audio Visual Navigation (AVN) headunit with flash memory, voice recognition, MSN Direct, and Bluetooth®. For media player flexibility, the AVN unit comes with USB, SD card, and iPod connectivity. The Pioneer AVN headunit is also satellite radio and HD Radio® ready and will play DVDs and iPod videos when the vehicle is in park. In addition, users can select from over 32,000 colors to customize the 5.8-inch high-resolution WVGA LCD touch-panel display. 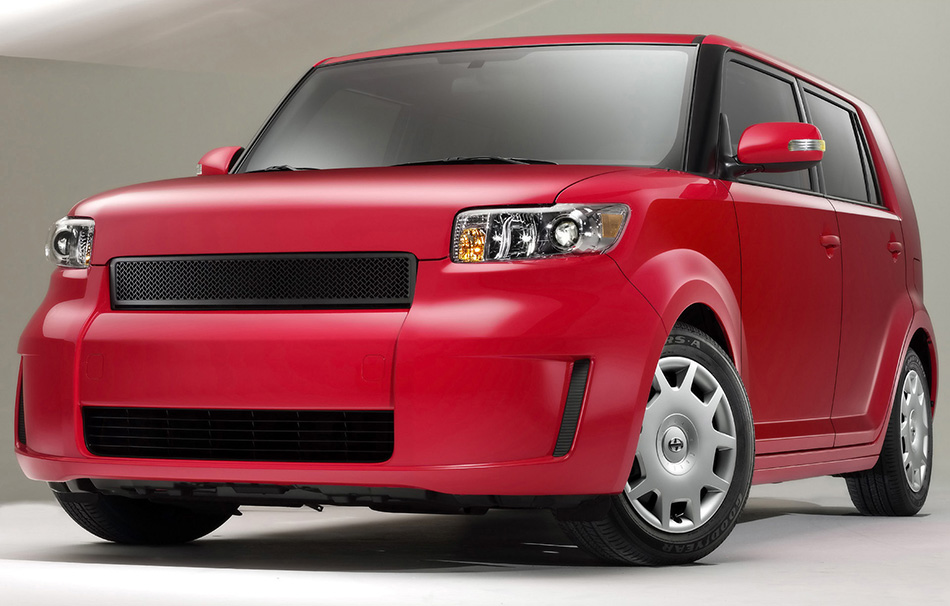 Absolutely Red makes its mark inside the xB as well with color-tuned four-in-one interior lights, RS 6.0 illuminated door sills, and accented interior trim and color-tuned seat fabric. The xB RS 6.0 will also be equipped with a rear cargo cover. Individually numbered badging completes the uniqueness of this vehicle.

Only 2,500 units of the xB RS 6.0 will be built. The xB RS 6.0 model will carry a manufacturer's suggested retail price (MSRP) of $1,743 over the base price of the xB. The base MSRP for the standard xB with a manual transmission is $15,750, while the standard xB with an automatic transmission model carries a MSRP of $16,700. The available Absolutely Red spoiler has a MSRP of $320, not including installation.

The delivery, processing and handling (DPH) fee for all Scion models is $670 and is not included in the MSRP. DPH fee for vehicles distributed by Southeast Toyota (SET) and Gulf States Toyota (GST) may vary.