Even with demand for the most muscular Mustang ever - the Ford Shelby GT500 - at a record high, Ford is cranking up additional interest with a new, limited-edition package that adds unique visual appeal to the Shelby GT500. Enter the "Red Stripe Appearance Package," to be available beginning in May.

The Ford Shelby GT500 is the most powerful Mustang on the road today and arguably one of the most successful projects from Ford's Special Vehicle Team (SVT) in terms of performance, excitement and, importantly, quality.

In fact, early indicators show the Shelby GT500 is a quality standout. In the most recent Global Quality Research System (GQRS) study from RDA Group, an independent research company based in Bloomfield Hills, Mi., the Shelby GT500 earned praise as the highest-quality Mustang model, with the fewest "things gone wrong" in the first three months of ownership. 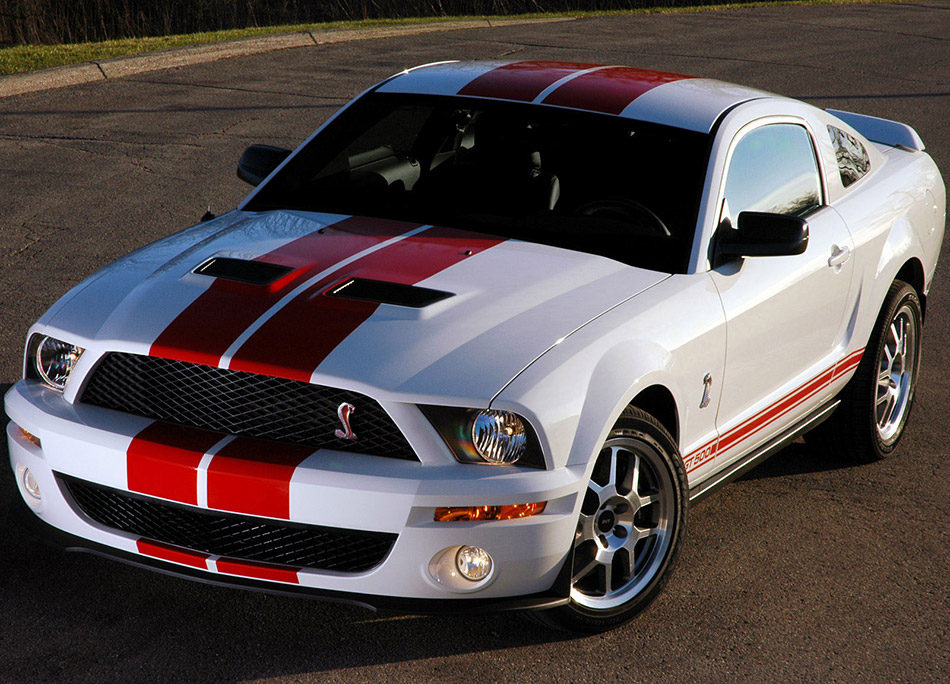 The Mustang line scores above the segment average in quality, according to the GQRS study, and the Shelby GT500 specifically scored the top result in the "sports car" segment.

"The unmatched quality and power of the latest Mustang masterpiece explains why 9 out of 10 owners are completely satisfied with their overall ownership experience," the April 2007 RDA Group report concluded.

The new Red Stripe Appearance Package will be available on any new 2007 Shelby GT500 Coupe with either White or Black exterior paint. Included in the special-edition package are Bright Red overbody and bodyside stripes, a Red and Black leather interior, unique red-accent exterior badges, including red-tinted Cobra emblems in the grille, fenders, and in the faux gas cap on the rear panel. Even the "SHELBY" letters on the decklid feature red accents.

The appearance package carries an MSRP of $1,650 and will be available from early May through late June, marking the end of the 2007 model run.

"The red package is all about exclusivity," said Robert Parker, Ford's Car Marketing manager. "Our Mustang customers are eager to buy unique vehicles like the Shelby GT500 and will certainly appreciate the opportunity for something even more exclusive, made in an even more limited number. These are great customers and very passionate. I'm glad we can continue to deliver what they want." 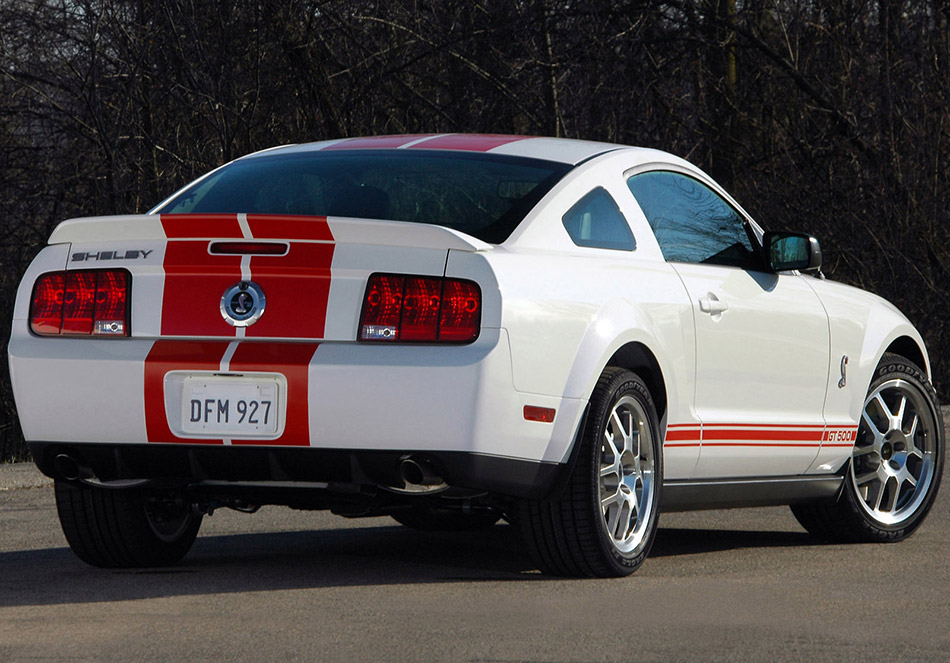 Shelby GT500 is among the Most Successful Performance Mustangs Ever

Enthusiasm doesn't begin to describe the ongoing demand for the Ford Shelby GT500. In the hyper-competitive auto market where supply routinely surpasses demand, the Shelby GT500 still has a long waiting list of buyers.

The Shelby GT500 was created by racing legend Carroll Shelby and Ford SVT and is a modern interpretation of the classic Shelby Mustang of the 1960s. Beneath the hood of every GT500 - including the new Red model - is a 5.4-liter supercharged V-8 engine officially rated at 500 hp. A 6-speed manual gearbox features evenly spaced gears that help provide a sharp, lively driving experience on both road and track.

The GT500's unique design features include wide upper and lower fascia openings with a functional air splitter. On either side, slanting headlamp openings add to the dramatic front appearance. The carefully tailored hood has heat extractors protruding near the leading edge, combining to provide improved airflow and aerodynamics.