The up-dated Corolla 2010 will further enhance the Toyota sedan's reputation for offering outstanding value for money in the C-sedan segment. It will remain the company's core model in Eastern Europe, maintaining its best-selling status throughout the region.

The exterior of the Corolla has been revised to create a more advanced, sophisticated and dynamic image, reinforcing the Toyota sedan's premium quality status within the C-segment. 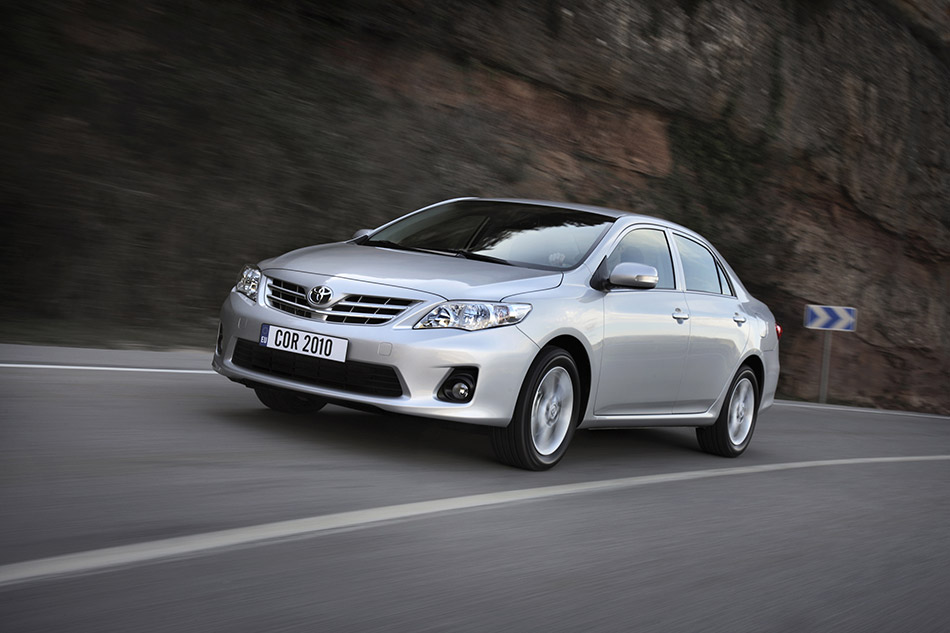 To the rear, comprehensive changes to the license plate garnish, combination lamps, bumper and low-level reflectors have been incorporated. This creates an impression of increased width, emphasising the Corolla's broad rear stance.

The Corolla 2010's interior has been improved, strengthening the Toyota sedan's reputation for superior quality, style and innovation.

The combination meter design features a colour change from amber to white, and the instrument panel and door handle trim are now finished in a more sophisticated, high-brightness silver coating. The same high quality finish is also available on the centre console and door switch surrounds.

A wireless trunk opening function has been added, giving customers the additional convenience of remote operation via a button on the ignition key.

The AM/FM/CD audio system, with a choice of four or six speakers is now available with Bluetooth mobile phone connectivity. The system features USB and AUX sockets for the connection of portable music playing devices. The USB jack is located within the centre storage box to allow for the secure stowage of MP3 players whilst on the move.

The application of Toyota Optimal Drive across the model range ensures that the Corolla 2010 not only demonstrates the optimum balance between performance and emissions, but also that its fuel consumption and CO2 emissions are amongst the lowest in the segment.

The Corolla 1.4 D-4D boasts CO2 emissions of just 125 g/km, and the 1.33 Dual VVT-i with Stop & Start technology only 133 g/km. These significant reductions in CO2 emissions will offer owners a tax advantage in many European markets.