Get ready to go where even roads fear to tread with the adrenaline-pumping TRD Pro Series from Toyota. Already favorites among serious off-roaders, the 2015 Toyota Tundra, Tacoma and 4Runner will get even more capable with these new, aggressive off-road packages designed by the experts at Toyota Racing Development (TRD).

Rising from the Desert 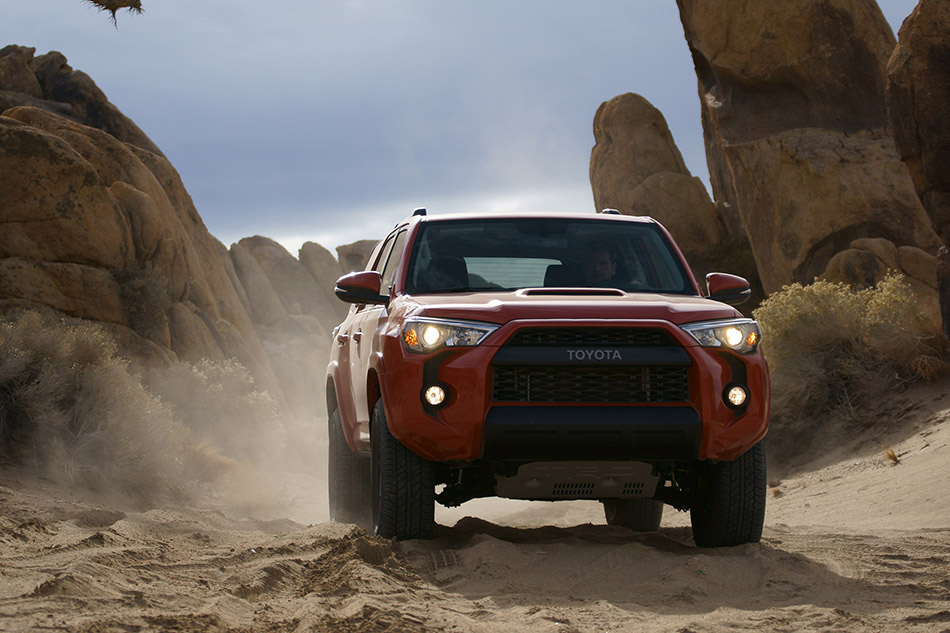 The new factory-installed TRD Pro Series is aimed squarely at extreme off-roading enthusiasts who push their trucks and SUVs to the limit.

Available on 4X4 models of Tundra, Tacoma and 4Runner, all TRD Pro Series vehicles will be equipped with:

In addition to the shared features, the Tundra TRD Pro will be equipped exclusively with:

Building on the best-selling compact pickup in the industry, Tacoma TRD Pro beefs up and adds a little hot sauce with:

Adding to its rock-crawling prowess, 4Runner TRD PRO will be exclusively equipped with:

Street Cred On and Off-Road

The TRD Pro Series is the most-advanced yet in a long line of TRD packages for Toyota trucks that dates back to 1998 when the first Off-Road package was introduced for Tacoma.

TRD has been an in-house engine and chassis developer for successful Toyota racing activities around the world for nearly four decades. It also develops motorsport-derived accessories for Toyota, Lexus and Scion street cars and trucks. TRD's U.S. operations were first established in 1979 and are headquartered in Costa Mesa, Calif., with an additional facility in Salisbury, N.C.

The TRD Pro Series will start getting down and dirty in the fall of 2014.