"We're thrilled with how both of these project vehicles turned out," said Toyota Engagement Marketing and Motorsports National Manager Steve Appelbaum. "Myles Kovacs and the team at DUB have created two stunning vehicles that speak to the different ways our cars can be personalized in the hands of creative artists."

The most striking modification to both the DUB Edition Sienna and Yaris is the customized widebody fender flares that dramatically change their profiles. The "DUB look" is aggressive yet clean at the same time. "We wanted these two cars to be wider, sleeker and lower, yet modest enough to look as if they rolled out of the factory this way," said Kovacs. Designed by DUB and built by 3D Conceptz, the Sienna widebody kit allows for larger 22" x 10.5" TIS536 wheels. On the Yaris, DUB collaborated with TS Designs to replace the front and rear fenders to accommodate a set of 20" x 10" Dropstars DS643 wheels. Featuring a lower suspension setup, TRD Big Brake Kits and custom paint jobs, both vehicles exude the signature swagger for which DUB's builds are known. 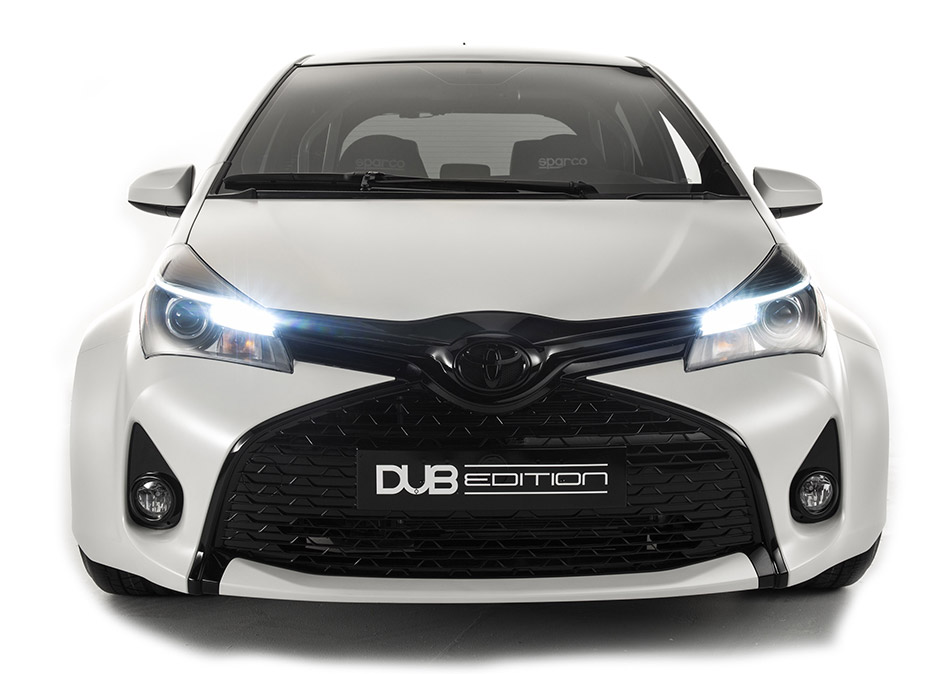 Both the Sienna and Yaris feature custom interiors including carbon-fiber and color-matched accents, aftermarket headliners and new seats. The star of their interiors is the DUB Edition audio package. In the Sienna, this includes six amps, 12 speakers, a custom fiberglass enclosure and six headrest monitors. The Yaris packs in three amps, six speakers, a custom fiberglass enclosure and an iPad to control the system.

When asked what his vision was when designing the pair of vehicles, Kovacs explained that his mindset was "to take it as an art form and express something that I would want to drive every day."

The DUB Edition Sienna and Yaris can be seen November 4-7 in the Toyota display booth (#24700) located in the Central Hall at the 2014 SEMA Show.