Vauxhall will take the wraps off the new Corsa VXR, its ultra-powerful small hot-hatch, at the 2015 Geneva Motor Show in March.

Benefiting from the significant revisions in technology, interior/exterior design and chassis showcased in the recently launched New Corsa, the VXR is set to raise the bar for small, fast hatchbacks when it appears in UK showrooms in May.

Headline performance figures are 0-60mph in 6.8 seconds and a top speed of 143mph – quicker than the outgoing car, but more importantly the VXR produces its 245Nm of torque from lower revs (between 1,900rpm and 5,800rpm, compared with 2,250rpm to 5,500rpm for the outgoing Nürburgring and ClubSport models). This makes the VXR a potent performer between 50-75mph, which it can dispatch in just 6.6 seconds in fifth gear. 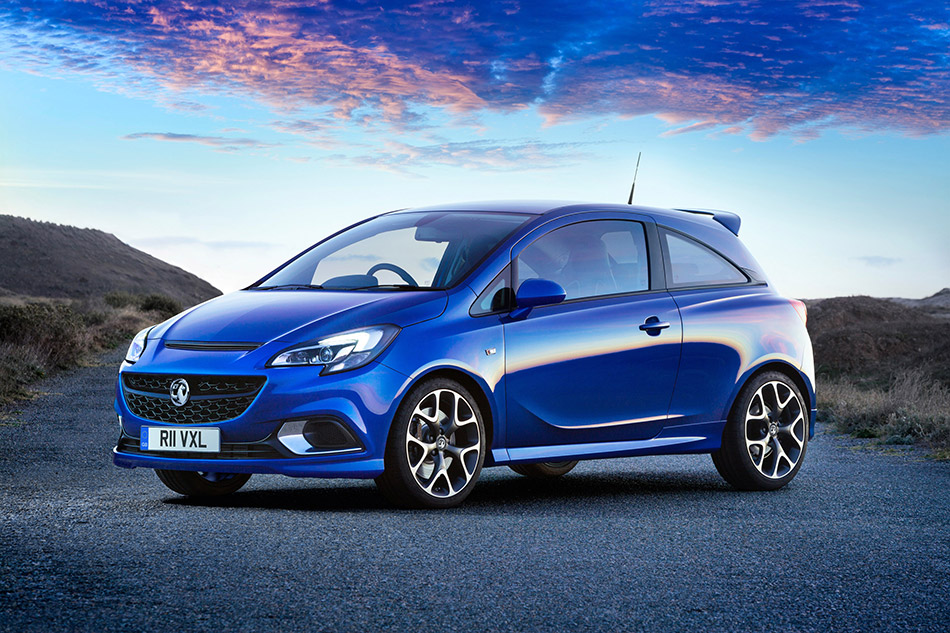 An overboost facility provides an additional 35Nm of torque, ideal for swift and safe overtaking. Maximum power from its 1.6-litre turbocharged engine is 205PS, while the Corsa VXR achieves 37.7mpg on the combined cycle with CO2 emissions of 174g/km.

As before, power is delivered to the front wheels via a second-generation six-speed transmission with a short, fluid gearchange.

Vauxhall has worked closely with damper-supplier, Koni, to develop a new technology, known as Frequency Selective Damping (FSD) for the new Corsa VXR. FSD allows damping forces to adapt to the car's movements, ensuring that body control is maintained when the car is driven fast, but ride quality is optimised at lower speeds. In addition, the car's ride height has been lowered by 10mm all round.

For the first time, Vauxhall is offering a two-stage switchable electronic stability programme (ESP) and traction control (TC) with the Corsa VXR. In Competition Mode the traction control is inactive, while the ESP is relaxed to allow less intervention. For track use, the ESP can be fully disabled.

Revisions have been made to the new Corsa VXR's steering, making it more direct and precise, with improved feedback through the wheel. Michelin 215/45 R17 tyres are standard, as are 308mm front brake discs.

Standard bi-xenon lighting and a choice of six exterior colours help the new Corsa VXR stand out in its class. An aggressive new front-end design features large air intakes and an aluminium-framed opening below the headlights. A small scoop is located below the bonnet and side-sill extensions enhance the Corsa VXR's performance credentials still further. At the rear, a rear spoiler provides meaningful downforce over the back axle, and twin Remus exhaust pipes further distinguish it from regular Corsas.

Six exterior colours – including Flash Blue, which is unique to the Corsa VXR – are available for the Corsa VXR. The car's cabin has standard Recaro seats, a leather, flat-bottomed steering wheel, sports pedals, as well as a VXR gear-lever and instruments. A heated front windscreen and Intellilink connectivity for Apple iOS and Android smartphones are also standard.