Two years ago exactly, Volkswagen introduced the Touareg to the world for the first time in Paris. And now, the world's most exclusive sports utility vehicle in this form is making its début at the same place: the Touareg W12 Sport, initially available as a limited edition only. The 331 KW / 450 hp special-class SUV, which reaches 250 km/h (electronically limited, speedometer up to 300 km/h) was designed by Volkswagen Individual. The combination of the twelve-cylinder engine, air-suspension running gear and all-wheel drive is currently unique throughout the world.

The unusual driving performance, such as acceleration from 0 to 100 km/h in 5.9 seconds, are impressive, but are not necessarily in the foreground. It is more the way it moves - which is superior in every respect - that makes the Touareg W12 Sport appeal to a very sophisticated clientele. The maximum torque of 600 Newton metres applied by the 6.0 litre twelve-cylinder ensures that the Touareg can produce almost inexhaustible reserves of strength both on and off road. The petrol engine, which is classified under the EU4 standard, has a six-speed automatic transmission (Tiptronic). 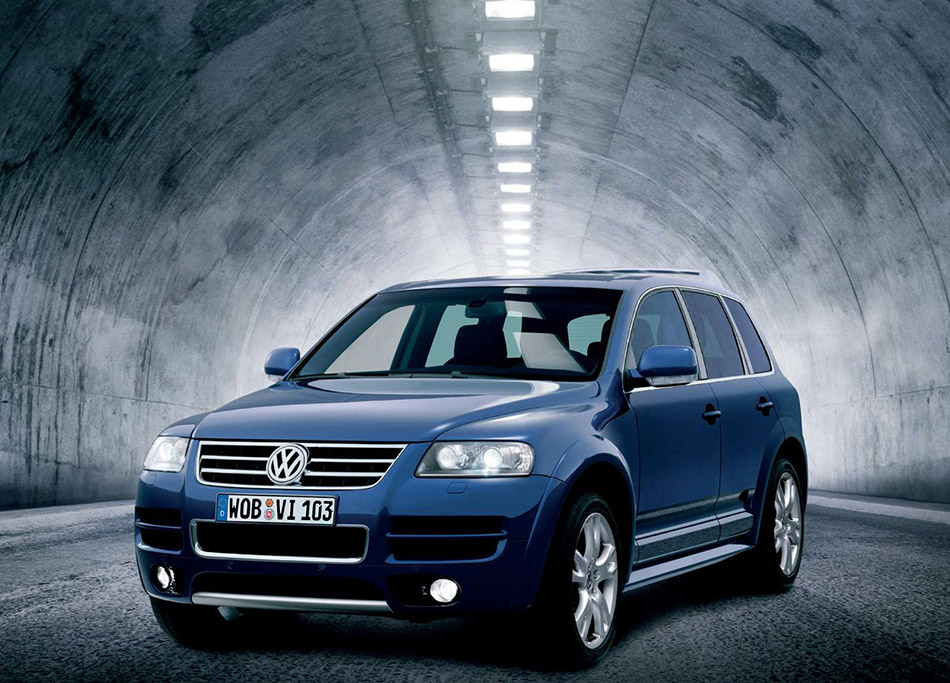 Both the exterior and the interior of Europe's most powerful cross-country vehicle has been re-specified by Volkswagen Individual in many areas. The "deep blue" painted exhibition vehicle shows the new features in detail. Outside, it is the exclusively designed bumpers, darkened windows, wheel arch extensions which blend smoothly with the side sills, two chromium-plated double exhaust-pipe ends and 20-inch alloy wheels with tyre dimensions 275/40 R20 that make this Touareg stand out as the W12 Sport.

The smart interior of the Touareg is further refined by the addition of individual sports seats with Alcantara inlays (very non-slip), aluminium inserts (design: Engine Spin) and aluminium door entry strips incorporating the "W12 Sport" lettering. The new top-of-the-range model can be ordered in Germany and France from October. Other markets will follow shortly.