18 months after the concept C study made its debut at the Geneva Automobile Salon, Volkswagen now presents the series version of its new convertible coupé in the form of the Eos. This is the world's first four-seater car with a five-section CSC roof; the folding hard top combines the characteristics of a coupé, sliding and convertible roof, thereby unifying three different car concepts to form a whole.

CSC design: When closed, the CSC roof curves in an arc between the rear end and the windscreen, giving rise to an outstanding coupé roof which is both elegant and sporty. The roof's curve is elongated, the rear end muscular and the overall impression is one of high quality. When the roof is open, the 4.41 metre long and 1.79 metre wide Eos also clearly reveals that it has been specifically developed as a convertible coupé, and that its body concept has not been derived from any other model in existence. The CSC roof has enabled the windscreen frame to be kept short and the rear compact, lending the vehicle sensuous proportions in the style of a classic convertible. 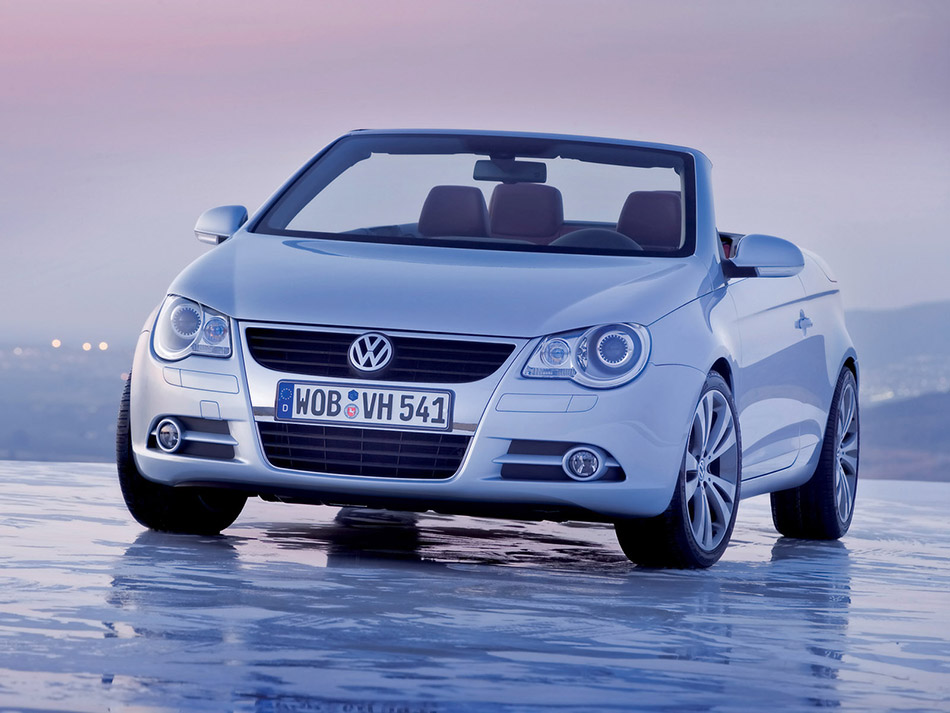 CSC characteristics: The five-section CSC structure offers not only optical, but also practical advantages. Firstly, pure convertible feeling. As the windscreen frame – the roof cross member, to be perfectly accurate – projects far less into the interior than is the case with many similar solutions, there is nothing above the driver and front passenger but blue skies. Secondly, optimum entry and exiting. The shorter windscreen frame makes it easier to get into the Eos when the top is down, as the driver or passenger does not have to manoeuvre his head past the frame. Thirdly, the integrated glass/sliding/tilting roof, because the sun does not always shine, nor is it always summer. In such cases, the glass/sliding/tilting roof fitted in the Eos lets in light, air and good humour. Full opening and closing are very speedy, by the way, taking around 25 seconds from the first "clack" to the last "click". The system concludes the process with a signal tone, confirming that the roof is either open or closed completely. In addition, the CSC roof offers the general advantages of unimpeded suitability throughout the year and minimal driving noise when closed. It is also less appealing to vandals than a soft top. Of course, a roll-over protection system, which shoots out within a maximum of 0.25 seconds increases safety in critical situations.

Dimensions: The convertible coupé is 1.79 metres wide, 4.41 metres long and 1.44 metres high. In relation to each other, these dimensions enhance the vehicle's dynamics. In comparison with its length and height, the vehicle's width lends the Eos a particularly powerful appearance. Its large track width (over 1.55 metres) not only looks good, it also contributes extensively towards the extraordinarily agile and safe handling characteristics exhibited by the Eos. The result is pure driving enjoyment regardless of whether the roof is up or down.

Scheduled for launch in spring 2006 above the New Beetle convertible

Market launch: The Eos is scheduled to be launched in Europe in spring 2006; the other continents are set to follow the same year. The car will open up a new sub-segment and will be positioned precisely between the A (Golf) and B class (Passat). In parallel, the New Beetle convertible, over 126,000 of which have been built and which underwent a facelift in 2005, will further extend its position as successor to the Golf convertible at the centre of the A class.

Engines: Volkswagen makes specific use of technical synergies between its model series. Take the engines, for example: In detail, these encompass four petrol engines with outputs ranging from 85 kW / 115 PS, 110 kW / 150 PS and 147 kW / 200 PS to 184 kW / 250 PS plus a 103 kW / 140 PS TDI equipped with a diesel particulate filter as standard. Four-cylinder direct injection engines are fitted to provide outputs up to 147 kW, whilst the 184 kW variant derives its power from six cylinders.

Passenger compartment: The interior design is also new. Whilst the functional and operating details (e.g. light, air conditioning, radio systems) are familiar from other models, many fundamental Eos elements are new developments. These include the cockpit, the door and side trim panels and the rear seat system. Volkswagen is additionally fitting electrically activated easy-entry seats for the first time: These "remember" the driver's and front passenger's longitudinal seating positions, and return to these – once the rear passengers have entered or exited the vehicle – at the push of a button. When the roof is open, a volume of 205 litres is available; when closed, 380 litres of stowage space are on offer. As standard, a power latching system closes the boot lid the last few millimetres. A through-loading aperture is additionally integrated into the rear bench seat. 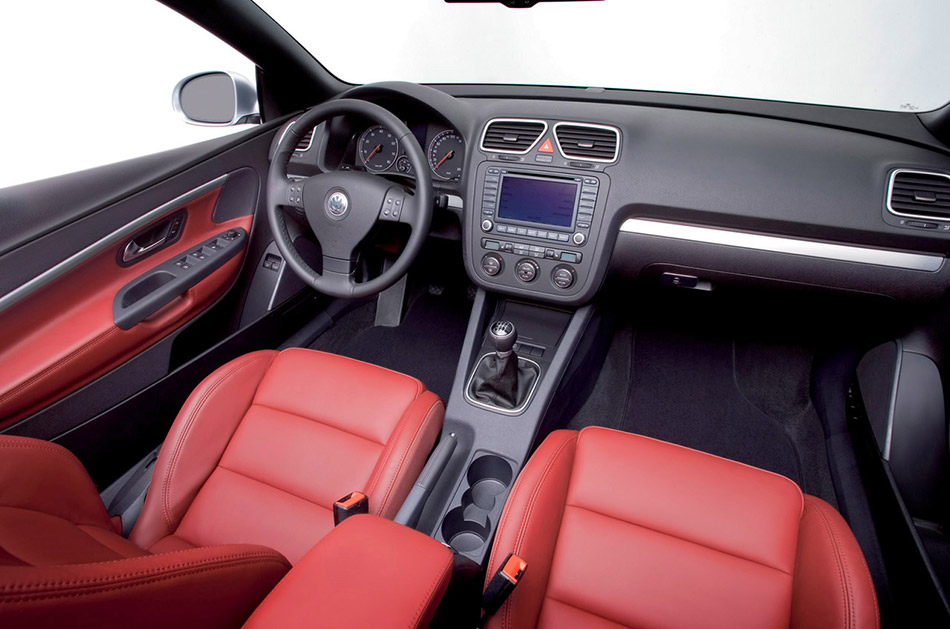