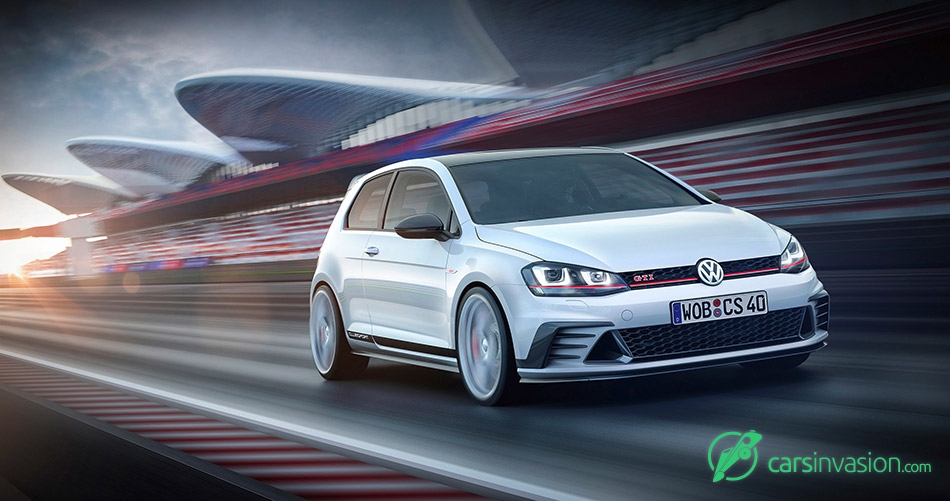 With a power output of 195 kW / 265 PS (35 PS more than the Golf GTI Performance) and top performance temporarily increased by around a further 10 per cent thanks to a boost function, the Golf GTI Clubsport is set to take off at the start of 2016 as the most powerful production 'GTI' yet. The anniversary model is being launched not only with an extremely powerful engine, but also with an individualised interior and exclusive bodywork details.

The design modifications include a completely new front bumper, new side sills, a new and aerodynamically highly innovative roof-edge spoiler and a specially developed rear diffuser. All of these features were designed with the aim of further enhancing the GTI's performance and of thereby bringing form and function into perfect harmony. The interplay of the very high power output thanks to the boost function and significantly improved levels of downforce move the Golf GTI Clubsport into the realms of motorsport driving dynamics. Consequently, handling remains extremely stable even at very high speeds. Breath-taking cornering speeds are also possible. The new Golf GTI Clubsport thus makes a great case for itself as unadulterated sports car.