With the 1966 Sebring-winning Ford GTX1 roadster as inspiration, Ford SVT engineering supervisor Kip Ewing unveiled his take on that legendary racer during the opening day of the Specialty Equipment Market Association (SEMA) show. Ewing conceived the idea for a roadster while working on the Ford GT launch, and after completing initial design sketches and engineering studies on his own time, he won the privilege of utilizing the Ford's SEMA Technology Initiative to bring the Ford GTX1 roadster to life.

"The Ford GT has been an amazing automotive icon that I've had the pleasure to work on," said Ewing. "The X1 project is a great way to answer the question, 'What if?' and utilize the power of the SEMA's members in the aftermarket to get it done. 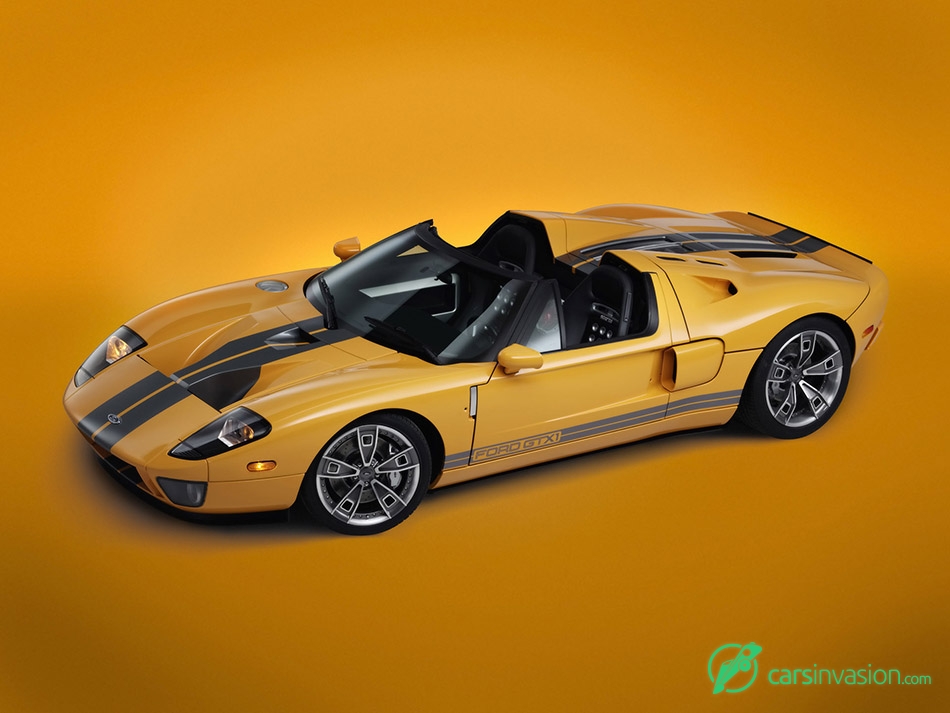 Ford's SEMA Technology Initiative began in 1999 with the sharing of technical drawings and electrical schematics of the then-new Mustang. The program has expanded over the years to include the majority of Ford and Lincoln Mercury vehicles and now provides three-dimensional CAD data to aftermarket companies looking to develop parts and accessories. As part of Ford's initiatives to promote its vehicles to SEMA members in the aftermarket, Ford supports a selection of project vehicles to be built every year for the SEMA Show, and the Ford GTX1 was one of them.

The builder chosen for the project is Mark Gerisch of Genaddi Design Group (www.vgdauto.com), an experienced designer and metal shaper that has a history of cutting the roofs off expensive and exotic cars. Ewing worked with Ford's SEMA liaison team and Ford Corporate Design to bring the OEM perspective to the project, but working with Gerisch's team in the aftermarket was critical for success.

"The Ford GTX1 project is a great example of manufacturers working together with the aftermarket to stretch the boundaries and investigate potential design and product innovation," says Hau Thai-Tang, director, Ford SVT and Advanced Product Creation, and one of Ewing's management supporters on the X1. "SEMA showcases trends in styling, accessories, and performance, and whether it's a new Fusion, Mustang, F-150 or Ford GT, there is something new to be learned by going through this process."

The X1 roadster features an innovative roof system of four individual hard panels. The panels can be configured as a coupe, t-top, or full convertible. Even with all the panels installed, the outer panels can be locked into a vent position. Plus, the panels are painted in the same Valencia Yellow featuring Tungsten Silver stripes; therefore, as a coupe, it doesn't lose any of its design appeal. And, X1 drivers won't be caught in the rain because all four panels can be stored inside the vehicle for easy access.

The Ford GTX1's rear clamshell covering the engine has been redesigned to feature two buttresses that flow rearward from the seatbacks. Without the need for a backlight due to its open-top configuration, the view into the engine bay could have gone away, but Ewing knew the importance of showcasing the 550-horsepower 5.4L supercharged V-8.