In 1960, Volvo presented a new sports car, just a few years after the previous attempt with the plastic-bodied Volvo Sport.

The new car became known as the P1800. Later the designations were changed to P1800S, 1800S and eventually 1800E. This new sports car had Italian-influenced styling by young Swede Pelle Petterson and production began in 1961. 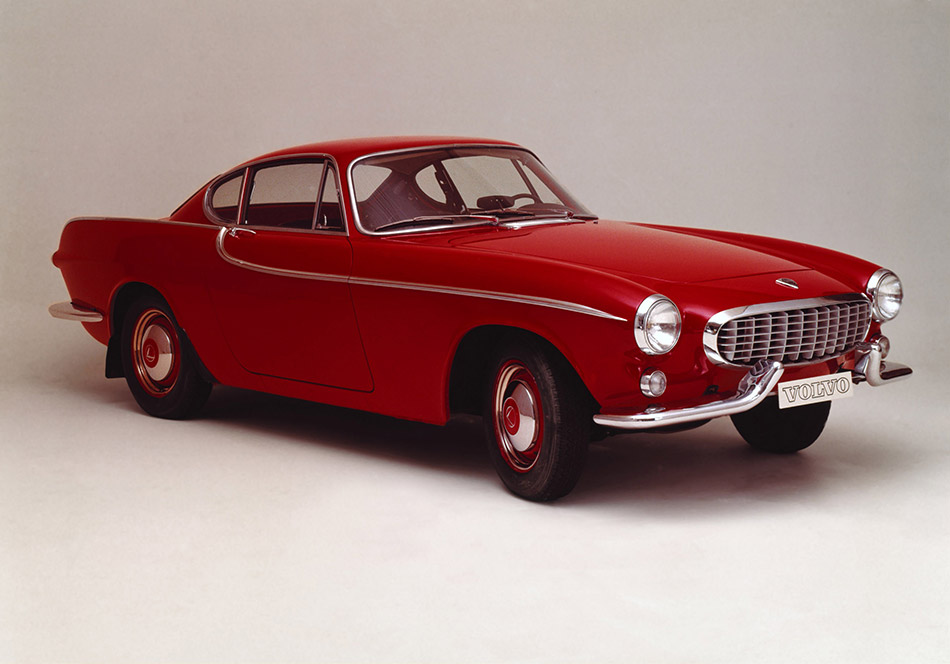 As Volvo did not have the capacity to build the car itself, production during the first years was contracted to England. Pressed Steel made the bodies and final assembly took place at Jensen Motors Ltd. In 1963, the assembly was transferred to Gothenburg and an S was added to the P1800 designation. Body production was also transferred to Sweden, to Olofström in connection with the 1800 E in 1969. The Volvo P1800 was based on the floor pan of the Volvo 121/122S, but it had a shorter wheel base. The car also had an entirely new 1.8-litre, 4-cylinder engine, which initially developed 100 bhp and later 108, 115 and 120 bhp; the classic B180 engine.

Over the years, the car was developed primarily by the introduction of new engine alternatives. In the autumn of 1968, a 2.0-litre engine with an output of 118 bhp was introduced. It was followed in 1969 by a version with fuel injection and an even higher output.

The P1800 became very famous because of its role in the "The Saint" TV series in the 1960s, in which the hero Simon Templar (played by Roger Moore) drove the car.