In September 1961, yet another version based on the 121/122S was presented - a 2-door saloon called P130. This version was an eagerly awaited model, particularly on the Swedish market, as Sweden was a typical market for 2-door cars at that time.

Technically speaking, there was no difference between the two models. The doors were naturally longer on the new 2-door model to make it easier to get into the rear seat, and the front seats could, of course, be folded forward for the same reason. The rear side windows could be opened at the rear edge to improve ventilation.

The engine programme was originally supposed to follow that of the 4-door model. However, as the 2-door was somewhat lighter, it was also regarded as somewhat more sporty and was therefore used in competitions, both rally driving and motor racing. 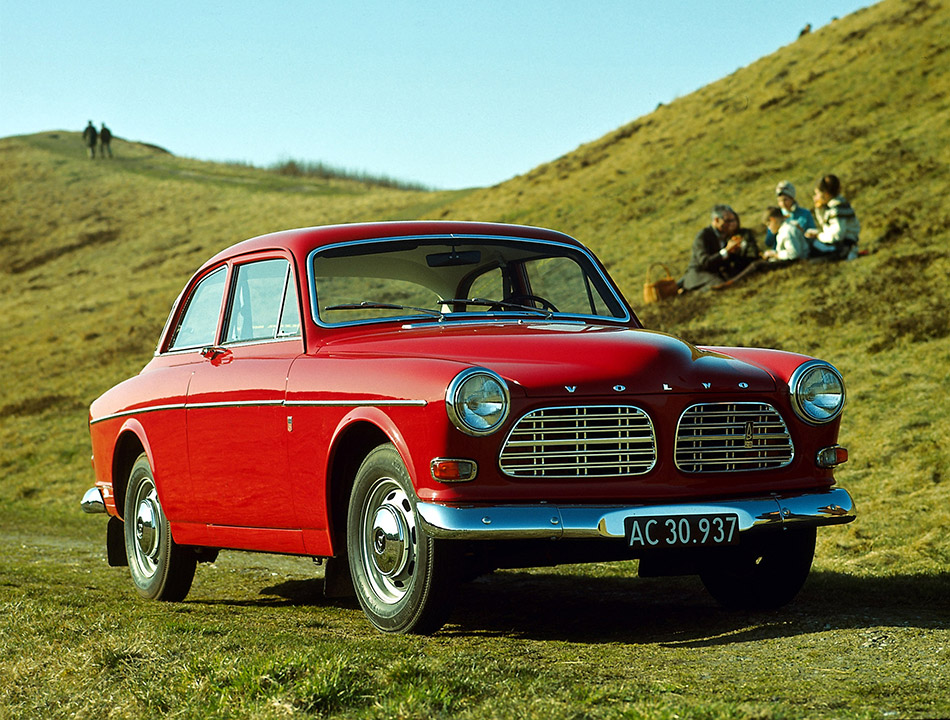 To enhance the sporty image of the Amazon, the fast and specially equipped 123GT version was introduced in 1967, with the same engine as the 1800S sports car, and built in a limited series of 5,000 units.

Production of the P130 continued until July 2nd 1970. This was the final version of this car family.