When one door closes, another opens. This famous quote from Alexander Graham Bell also applies to car doors. After all 50 of the strictly limited ABT RS4+ have been sold, the world's largest automotive aftermarket and performance parts specialist for Audi and VW now offers its fans an attractive alternative. The new ABT RS5-R Sportback, which will be available at the end of July, is based on an even more dynamic body and is equally practical as the smart Avant. And there is plenty of power, too: ABT Sportsline coaxes an impressive 530 HP (390 kW) from the production engine with 450 HP (331 kW). Interested buyers have to hurry, though, as the ABT RS5-R Sportback will be limited to 50 cars, just like the ABT RS4+. 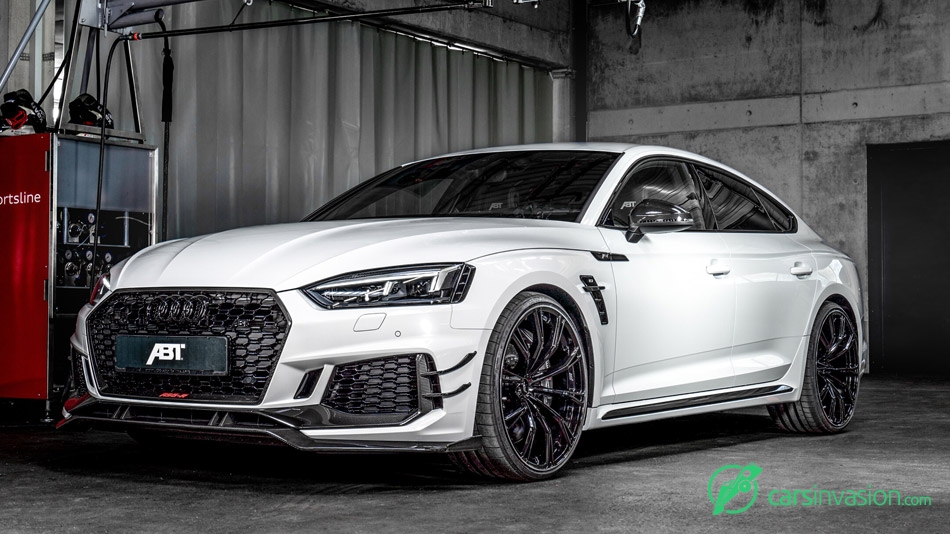 "The most important features in the Sportback are a comprehensive aerodynamics package and a significant power boost," explains CEO Hans-Jürgen Abt. For the upgrades of type ABT Power S, the Bavarian company always makes every effort – mechanically and electronically. The additional 80 HP are provided by the ABT Engine Control (AEC) unit, an ABT auxiliary water cooler kit, the ABT exhaust system and the ABT air intake trim. This also boosts the maximum torque from 600 to 680 Nm. However, the ABT RS5-R Sportback is not only fun to drive on straight highways. The package always includes ABT height-adjustable suspension springs in addition to ABT sports stabilizers on the front and rear axles.

Visually, the vehicle is also striking: The comprehensive aerodynamics package includes numerous components in glossy visible carbon. At the front, the ABT front lip, ABT front flics and ABT front grille frame with RS5-R logo are eye-catching features. The flanks look even more aggressive with the optional ABT wheel arch vents featuring carbon fins. This is completed by 10x21" ABT SPORT GR wheels. The rear features an ABT rear spoiler and an ABT rear skirt add-on with RS5-R logo. A four-pipe ABT exhaust systemwith 102 mm diameter carbon tailpipe trims is also included. 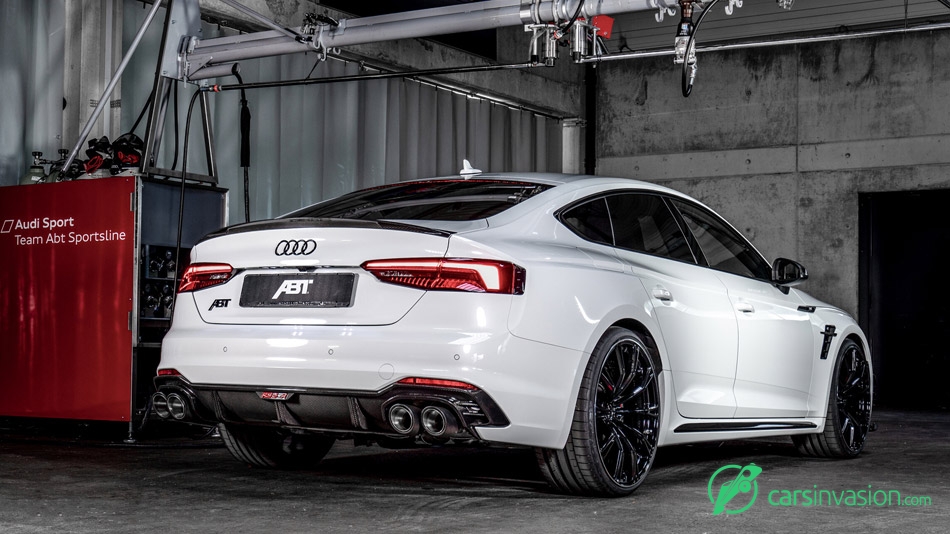 And of course the interior is also keeping pace: There are partial leather seats with RS5-R logo, the ABT gear shift cover (carbon), the "ABT RS5-R‚ 1 of 50" badge, the ABT door sill strips, the ABT integrated entrance lightswith RS5-R logo and many other attractive extras.