Acura took the wraps off its all-new 2014 RLX luxury-performance sedan - the most powerful, spacious, and technologically advanced Acura sedan, ever. In keeping with the Man-Machine Synergy direction of the Acura brand, the RLX utilizes an all-new direct-injection engine, lightweight body structure, and the first-ever application of Acura Precision All-Wheel Steer™ to deliver a new and dynamic driving experience unlike that of any other luxury performance sedans. The next-generation AcuraLink® cloud-based connected car system makes its debut on the new Acura RLX, offering a broad range of convenience, entertainment and security features. 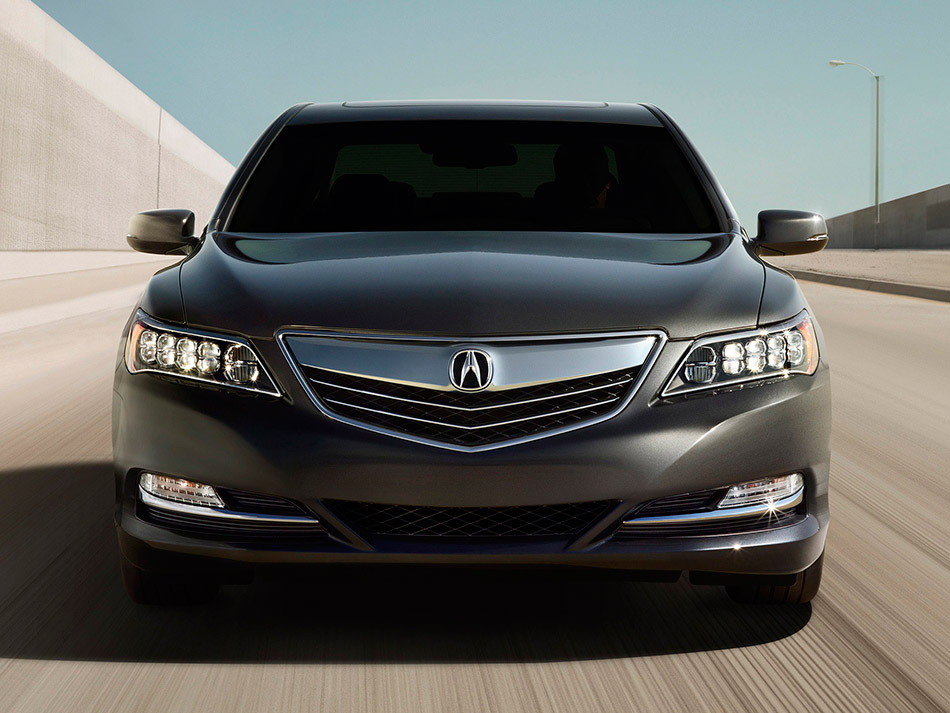 "The 2014 Acura RLX heralds the introduction of a number of new signature Acura technologies that provide the driver a feeling of connection to the product, to the road, and to the world from the very moment they enter the vehicle," said Jeff Conrad, vice president and general manager of Acura Sales. "The RLX embodies the Acura commitment to create vehicles with outstanding handling that truly respond to the will of the driver."

The 2014 Acura RLX is slated to go on-sale at U.S. Acura dealers nationwide in the spring of 2013 and will be available in five grades - the well-equipped RLX, the RLX with Navigation, the feature-packed RLX with Technology package, the Acura RLX with Krell Audio package, and the top-of-the-line RLX with Advance package. Pricing details will be announced closer to launch. 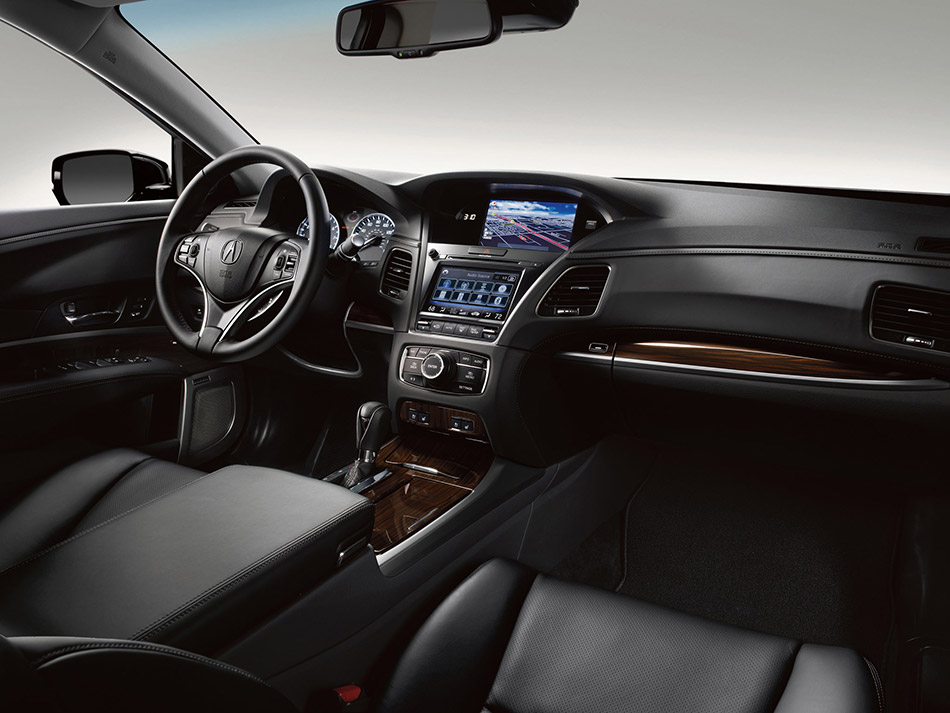 Whether on a serpentine mountain pass, congested city street, or cramped airport parking deck, and in all weather conditions, the Acura RLX with Precision All-Wheel Steer™ (P-AWS™), is designed to deliver an unprecedented level of handling precision and control.

The 2014 RLX is powered by an all-new 3.5-liter direct-injected SOHC i-VTEC® V-6 engine with Variable Cylinder Management. Rated at 310 horsepower and 272 lb.-ft. of torque, the engine delivers exceptional drivability, with more than 90-percent of its peak torque produced from 2000 rpm to 6600 rpm. Variable Cylinder Management™ with 3-cylinder and 6-cylinder operation works in concert with the VTEC valvetrain to deliver superb cruising efficiency. The engine is mounted to a lightweight and rigid aluminum front subframe using a vibration-canceling Active Control engine Mount (ACM) system.

Additional details on key advances and technologies for the all-new 2014 RLX:

Class leading interior space based on the Acura RLX's longer wheelbase and efficient packaging. At 196.1 inches, the RLX is similar in length to the outgoing RL, but it has a two-inch longer wheelbase and is nearly two inches wider, placing the new RLX well above the norm in the mid-luxury class. The flagship RLX sedan has up to three inches more rear legroom than competing models, including the BMW 535i, Lexus GS350 and Audi A6.
Extensive use of lightweight materials includes the application of high-strength steel to 55 percent of the body, and the intensive use of aluminum—for the front fenders, hood, steering hangar beam, front and rear bumper beams, front subframe, and front and rear door outer panels (mated to steel inner panels). The RLX weighs in at 3,933 pounds. Static bending and torsional body rigidity are up 52 percent and 46 percent, respectively.
Jewel-Eye LED headlights (an Acura first) LED lamps enhance the Acura RLX's modern and distinctive appearance while providing outstanding light distribution and improved down-the-road illumination.
Acura Navigation System with Voice Recognition™ offers a wide range of search options including local search functionality and AcuraLink Real-Time Traffic™ for both highways and surface streets.
Agile Handling Assist (an Acura first) uses active braking to help the driver smoothly and easily trace the desired line through a curve with smaller steering inputs.
Electric Parking Brake (an Acura first) provides one-touch parking brake activation.
Automatic Brake Hold (an Acura first) maintains the vehicle's position when the driving or parking brake are released until the throttle is depressed.
Adaptive Cruise Control (ACC) with Low-Speed Follow (an Acura first), allows the RLX to independently maintain a set following distance in low-speed traffic situations, including stop and go traffic, and to initiate vehicle braking when necessary.
Forward Collision Warning (FCW) uses a camera mounted in the upper portion of the windshield to detect vehicles ahead of the Acura RLX and audibly and visually alert the driver when it determines a frontal collision with a detected vehicle is possible.
Lane Departure Warning (LDW) uses the same windshield-mounted camera to detect lane markings on the road and alerts the driver if the vehicle is wandering from a detected lane.
Front seatbelt e-pretensioners use electronic control to reduce belt tension under normal driving conditions, while also enabling automatic belt tensioning in hard cornering maneuvers or in the event of a collision.
Multi-angle rearview camera with dynamic guidelines uses guidelines that reflect steering wheel inputs on the display to aid in backup maneuvers.
Capless fueling (an Acura first) eliminates the fuel cap and improves ease of fueling.