Aston Martin is all set to give the elegant DB9 Volante its world premiere on January 4th at the 2004 Detroit Motor Show - the sixth new car from the company in less than two and a half years.

The DB9 Volante is the latest model from Aston Martin and is also the 13th convertible from the company - joining a prestigious line-up of post-war convertibles that stretches back to the DB2 of 1950 and includes the DB4, DB5, DB6, V8 and DB7. However, this will be the first convertible ever to use Aston Martin's unique VH Platform (Vertical/Horizontal) Strategy and the first to be built at the newly opened Aston Martin Gaydon facility.

The DB9 Volante will be built alongside the DB9 Coupe, which was launched at the Frankfurt Motor Show in September 2003. Both models will be hand-built at Aston Martin Gaydon with the Coupe being delivered to customers in Spring 2004 and the Volante in Autumn 2004. It is expected that more than 2000 DB9 models will be sold next year of which around 50% will be the Volante model. Pricing will be announced at a later date.

Dr Ulrich Bez, CEO of Aston Martin said: "From the outset of the DB9 programme we knew we wanted a convertible model. So the Volante has been designed, engineered and built from the outset as a convertible - it's not a Coupe with just the top taken off. 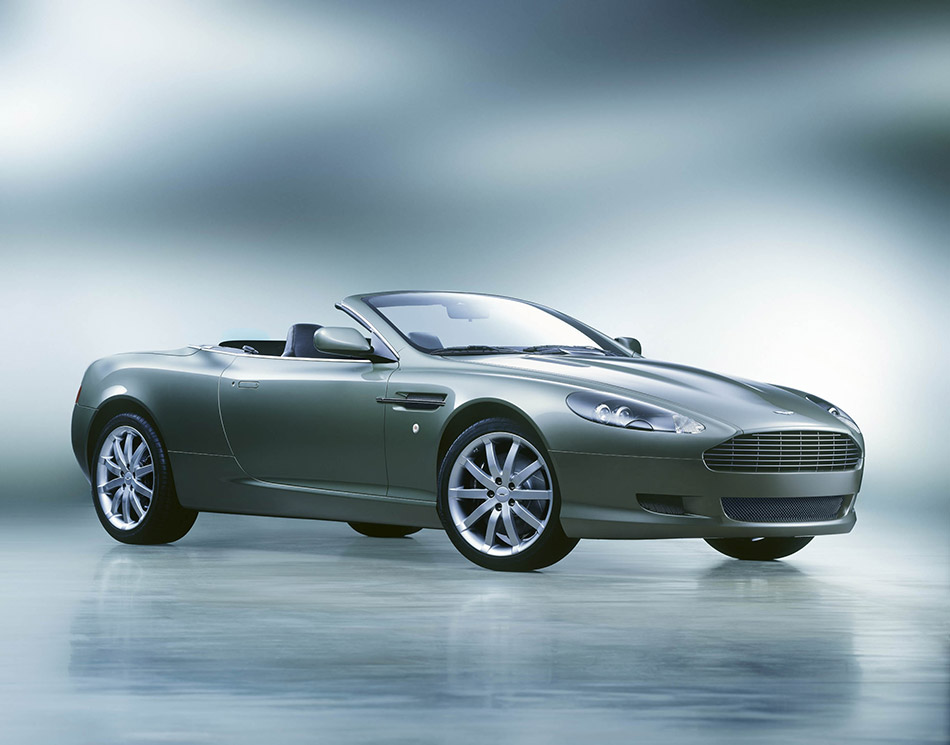 "The DB9 Volante has all of the traditional styling cues you'd expect from a convertible Aston Martin. It's very elegant and perfectly proportioned from every angle, while subtle embellishments help create a powerful-looking sports car."

Designed by Henrik Fisker, Aston Martin's Design Director, who took styling cues from previous Aston Martin convertibles, the DB9 Volante has a fully retractable hood that is stored within the body of the car when closed allowing the car to retain a very smooth and elegant profile.

"I wanted to ensure that the DB9 Volante was unmistakably an Aston Martin, but it had to retain all of the values of a convertible. Even with the hood raised it had to look beautiful," said Henrik Fisker.

The hood is operated by the push of a button and retracts within just 17 seconds. When down, it folds behind a hard tonneau cover, which then electrically closes flush with the DB9's bodywork. The DB9 Volante has a boot capacity of 197-litres (170-litres in the DB7) and has two rear seats.

In the event of an accident, sensors in the DB9 Volante detect the risk of a potential rollover and two roll-hoops are deployed from the rear seat headrests, while front seat passengers are protected by the windscreen A-pillars which can withstand twice the total body weight of the car.

Like the DB9 Coupe, power for the Volante is supplied by Aston Martin's low emissions, all-alloy, 48-valve, 6.0-litre, V12 engine. No performance figures have yet been issued by Aston Martin but the Volante will be able to achieve a 0-62mph (100kph) time of under 5 seconds and a top speed of more than 180mph (300kph). Like the DB9 Coupe it will be offered with a six-speed automatic or a six-speed manual transmission.