One of a pair of right- and left-coast-themed concepts, this Blade Silver Convertible model represents the Atlantic side, with sophisticated styling enhancements resembling the details and refinement of a private jet. The exterior wears new Carbon Flash Metallic front splitter, rocker extensions and rear lower diffuser, along with Fusion Gray headlamp housings and hood accents. It is trimmed with a sueded-wrapped interior package. 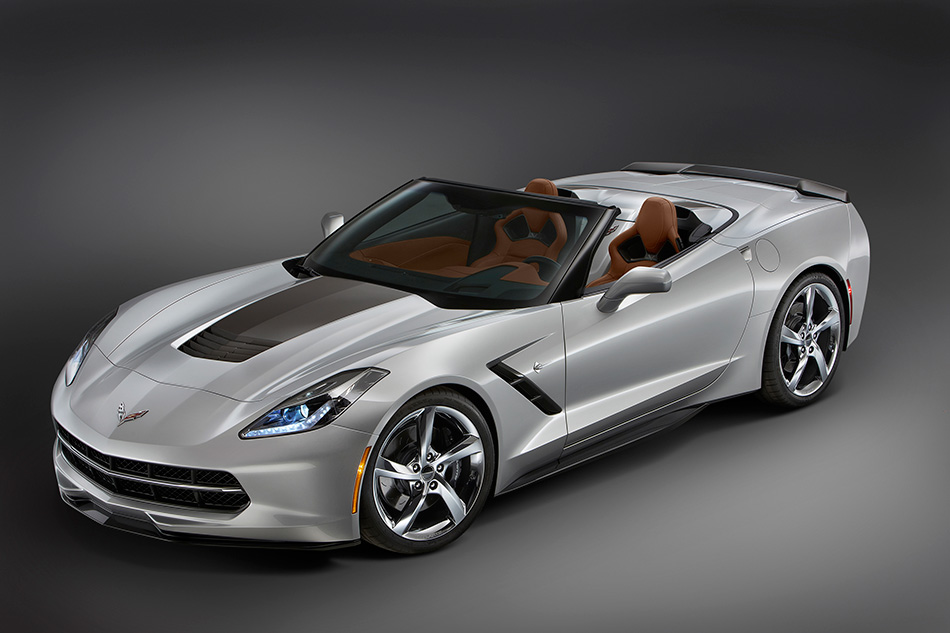 This East Coast cruiser also wears a number of Chevrolet Accessories available to all 2014 Corvette Stingray customers, including:

For effortless driving and performance, the Atlantic concept features an LT1 engine with a six-speed automatic.