Unveiled at the 2002 North American International Auto Show, the Ford GT40 concept became an instant sensation. And just 45 days after the vehicle was unveiled, Ford stunned the world again, officially announcing that a production version was in the works. Ford's GT40 concept car was created to celebrate that great era in history and look forward to the great years to come.

Although the new production car and the original race car both share the mystique of the Ford GT name, they do not share a single dimension. The new car is more than 18 inches longer and stands nearly 4 inches taller. Its new lines draw upon and refine the best features of Ford GT history and express the car's identity through modern proportion and surface development. 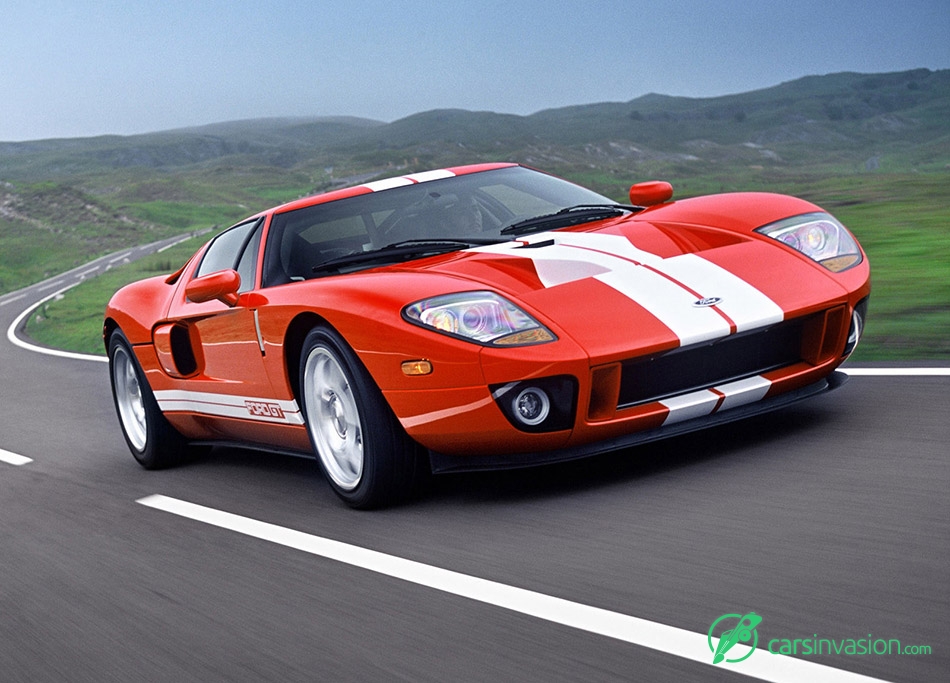 The Ford GT production car, like the concept, casts the familiar, sleek look of its namesake; yet every dimension, every curve and every line on the car is a unique reinterpretation of the original. The car features a long front overhang reminiscent of 1960s-era race cars. But its sweeping cowl, subtle accent lines and high-intensity-discharge (HID) headlamps strike a distinctly contemporary pose.

The front fenders curve over 18-inch wheels and Goodyear Eagle F1 Supercar tires. In the tradition of original Ford GT racers, the doors cut into the roof. Prominent on the leading edge of the rear quarter panel are functional scoops that channel fresh air to the engine. The rear wheel wells, filled with 19-inch wheels and tires, define the rear of the car, while the accent line from the front cowl rejoins and finishes the car's profile at the integrated "ducktail" spoiler.

Looking in through the backlight, one finds the essence of the sports car in a 5.4-liter supercharged version of Ford's MOD V8 engine. The finishing touches are "Ford Blue" cam covers, each featuring an aluminum coil cover imprinted with the words "Powered by Ford."

The Ford GT team knew this road car would require a stiff structure, much like a race car. As such, they developed an all-aluminum space frame comprising extrusions, castings and several stampings. The hybrid aluminum space frame chassis is based on efficient use of 35 extrusions, seven complex castings, two semi-solid formed castings and various stamped aluminum panels.

The new Ford GT is intended for the road, unlike the original 1960s race cars that ultimately spawned a limited number of production road cars. However, the new car required unique race-like engineering solutions - like engineering out the aerodynamic "lift" inherent in the original car's design - for a car that will clock in at more than 205 mph. The new Ford GT includes racing-inspired ground effects ducting under the rear fascia. 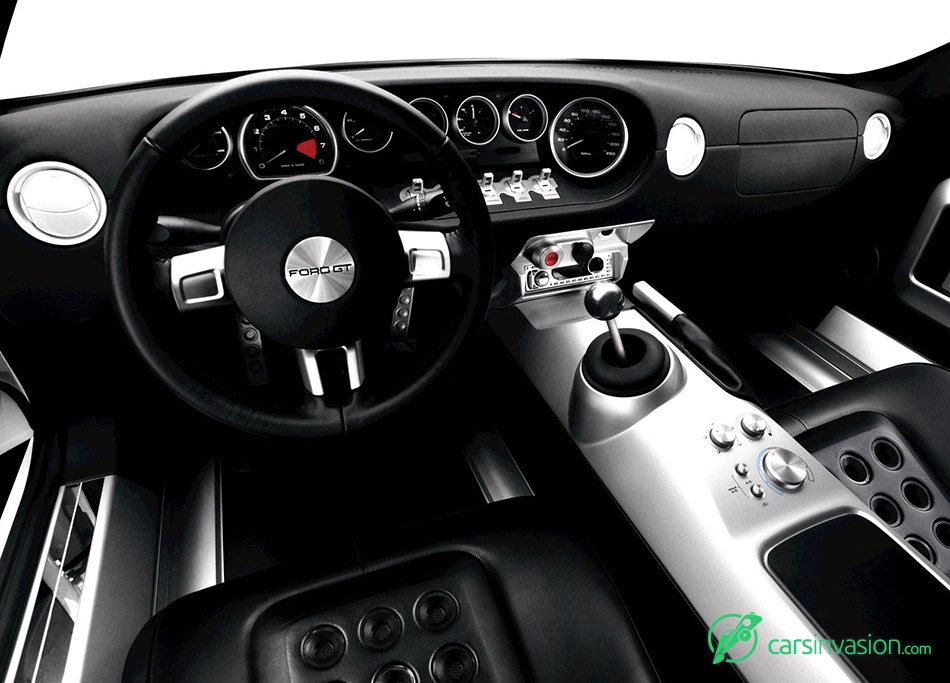 As on the historic race car, the Ford GT aluminum body panels are unstressed. Instead of the steel or honeycomb-composite tubs used in the 1960s, the Ford GT team developed an all-new aluminum space frame as the foundation. The chassis features unequal-length control arms and coil-over spring-damper units to allow for its low profile.

Braking is handled by four-piston aluminum Brembo monoblock calipers with cross-drilled and vented rotors at all four corners. When the rear canopy is opened, the rear suspension components and engine become the car's focal point. Precision-cast aluminum suspension components and 19-inch Goodyear tires - combined with the overwhelming presence of the V8 engine - create a striking appearance and communicate the performance credentials of the Ford GT.

The Ford GT motor, based on the largest V8 in Ford's modular engine family, features 85 percent new moving parts and produces 550 horsepower and 500 pound-feet of torque. Both figures are comparable to those of the 7.0-liter engine that won the 24 Hours of Le Mans in 1966 and 1967.

The 5.4-liter powerplant is all-aluminum and fed by an Eaton screw-type supercharger. It features 4-valve cylinder heads and forged components, including the crankshaft, H-beam connecting rods and aluminum pistons. Power is put to the road through a Ricardo six-speed manual transaxle featuring a helical limited-slip differential.