The Fiat Strada is a supermini pickup truck version of the Fiat's "world car" proyect Palio. It is produced in Brazil and exported from Betim, Minas Gerais to the EU, where it is sold as Strada Malibu.

Launched in 1996 in Brazil, as the "cargo member" of the '178 Project'. The Strada was born to replace the City, a pickup version of the Fiorino, based on the Fiat Uno. The Strada features a maximum loading capacity of 700kg and a cargo-space of 1770 mm x 1314 mm 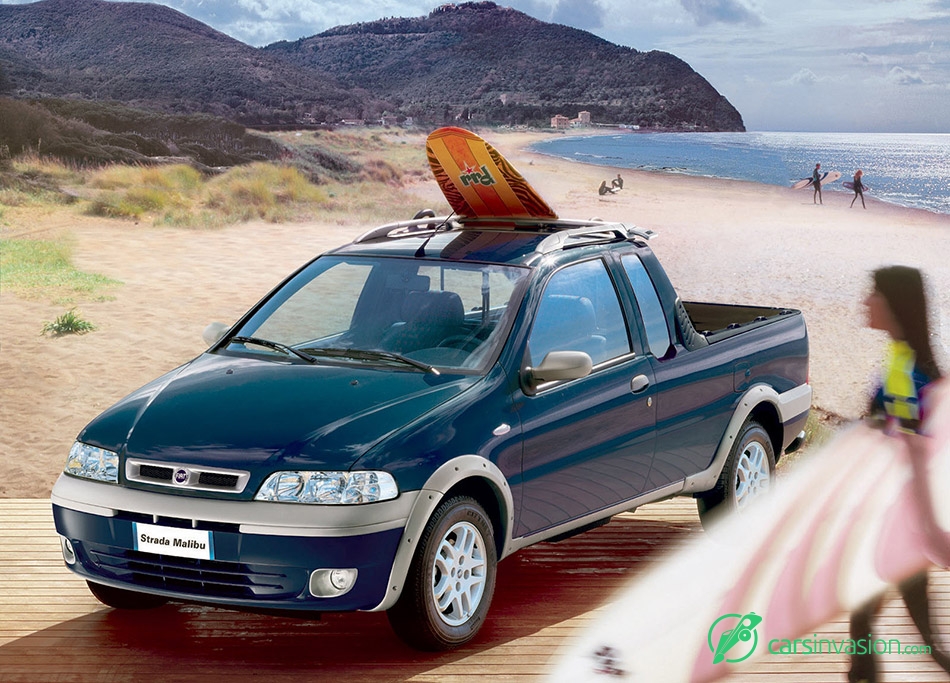 In 2001 the model has the first facelift. The new design was made by the Italian design-guru Giorgetto Giugiaro. The facelift includes a new front and interior. The Mk.II series marks the debut of an extended cab version. In 2002, Fiat do Brasil launches the first version of a Fiat Strada Adventure, with offroad looks.

The new Mk.III comes in 2004. It has a new front, and interior design taken from the Palio and also designed by Giorgetto Giugiaro. This is the year of the second version of the Strada Adventure, with the same features of the Weekend Adventure. It is offered in Europe with the relatively modern 1.9 JTD Diesel engine.