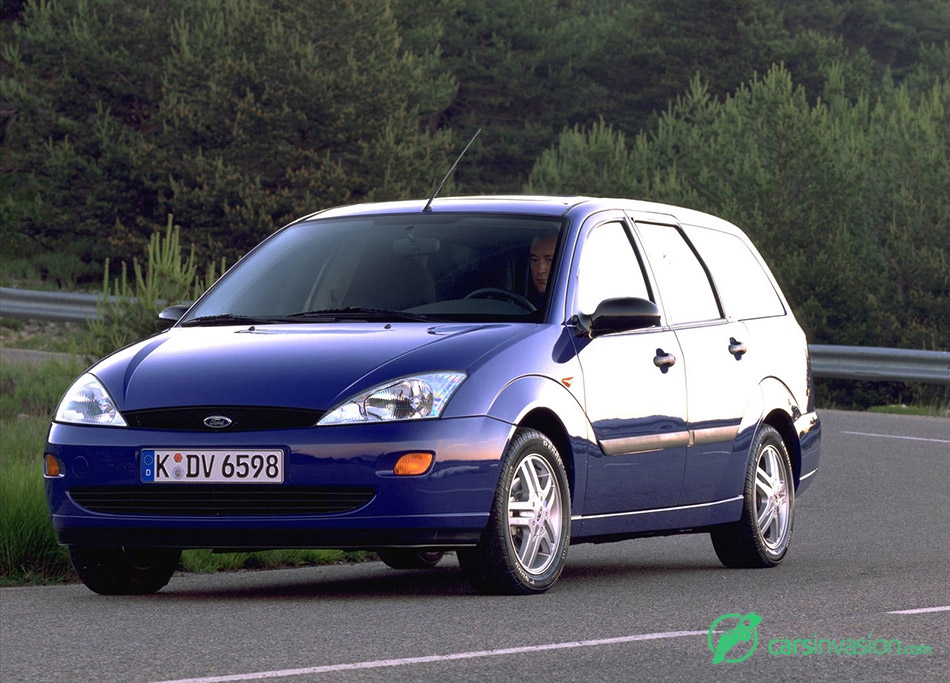 Petrol engines available were the well-proven 1.8 L and 2.0 L Zetec-E units from the Ford Mondeo and 1.4 L and 1.6 L versions of the Zetec-SE units found in the Ford Fiesta and Ford Puma. The ST170 and RS performance models used modified versions of the 2.0 L Zetec-E. Originally, the only diesel engine available was the Endura TDDI (a development of the old Deutz-designed motor which Ford had been using since the 1980s). This was replaced in 2002 by the Duratorq TDCI.

The Ford Focus Mk 1 received 4 out of 5 stars for occupant safety, and 2 out of 4 stars for pedestrian safety in its EuroNCAP tests (69% frontal, 83% side, 28% pedestrian). In Australia, the 2002-2005 Ford Focus was assessed in the Used Car Safety Ratings 2006 as providing "average" protection for its occupants in the event of a crash.