Special Cobra R versions were available in limited editions in 1993, 1995, and 2000. Made as race cars, they were stripped of air conditioning, radios, and back seats. Unlike the early R's, one did not need a racing license to buy one of these race Cobras. The suspensions were finely tuned, and in 1995 and 2000 the Cobra R's had increased displacement engines (5.8 L and 5.4 L, respectively) that made these cars extremely potent track machines. The 1995 Cobra R used a 5.8L V-8 with GT-40 induction and a flat tappet camshaft, and was conservatively rated at 300 hp. The 2000 Cobra R utilized a modular iron block and the best cylinder head/intake system yet for the modular motors, flowing staggering numbers even in stock form. 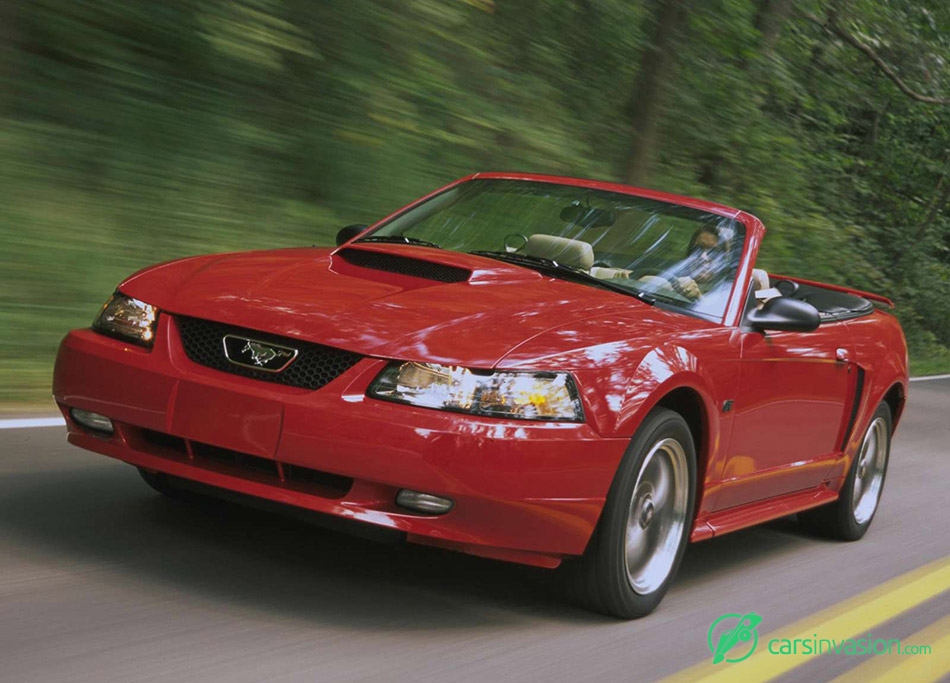 Ford tagged the motor with ratings of 385 hp (287 kW) and 385 ft·lbf (522 N•m) torque. Actual power was well over 400 hp. It received a Tremec T-56, 6-speed transmission, the same transmission used in the Chevrolet Corvette, Chevrolet Camaro, and the Dodge Viper. Minor exterior enhancements such as the addition of a front splitter and rear wing added down force and stability at speed. The Cobra used a side exiting exhaust system, utilizing actual shorty headers and three Borla mufflers. It also used "smoked" headlights, which made their way onto all Mustangs the following year.

In 2001, Ford offered a special version of its GT with the "Bullitt" nameplate. It was reminiscent of the 1968 390 fastback model driven by Steve McQueen in the movie of the same name. The car was slightly lowered and had name brand shocks with the addition of short length sub-frame connectors which improved the handling. Many lauded the improvements and called it the best handling production Mustang ever. Moreover, a new intake design and mufflers added put the power at 265 hp, later revised to a still conservative 270. More telling is the torque curve, which was vastly improved over the base GT models, 90% of its 302 ft·lbf available from 2000 rpm. This broader torque curve makes itself known at the drag strip, as these special edition mustangs could cover the 1/4 mile in 3-4 tenths of a second faster than a regular GT. These special intake manifolds also responded very well to superchargers, and were great for nitrous oxide, due to the fact that if there is a nitrous-backfire, the aluminum bullitt manifold wouldn't blow into a million pieces.

17 inch "American Torq-Thrust," wheels reminiscent of those on the car driven by McQueen in the movie were also used on this car and made optional on GT's wrapped in 245/45ZR performance rubber by Goodyear. The Bullitt featured a hood scoop that first appeared on the 1999 35th anniversary package Mustang GT's, as well as new side scoops, lower body moldings and c-pillars with unique rear side window shape. Other special features on the Bullitt included aluminum pedals and shifter, retro-styled gauges and seats, red brake calipers with the Mustang logo on them, and the removal of the spoiler and fog lamps regularly found on Mustang GT's, all for a cleaner look. The Bullitt Mustang was offered in only three colors: Dark Highland Green (like Steve McQueen's original Bullitt Mustang), True Blue, and Black. Total production was 5582 units, with 3041 of those in Dark Highland Green.