"With the new Ford Fusion and Mercury Milan hybrids, we are now able to offer even better range of travel on battery power at a greater speed, thanks to a more efficient, seamless transition between the battery-powered motor and gasoline-driven engine," he said. "These new hybrids will exceed expectations on all fronts - fuel efficiency, comfort, convenience and drivability."

The Ford Hybrid team has developed a powertrain system that combines the best attributes of the gasoline engine and electric battery-driven motors to deliver the optimal experience for the customer in terms of driving performance and fuel economy. Additionally, the propulsion system for the Ford Fusion Hybrid and Mercury Milan Hybrid transitions between gas and electric power and back more efficiently and seamlessly. 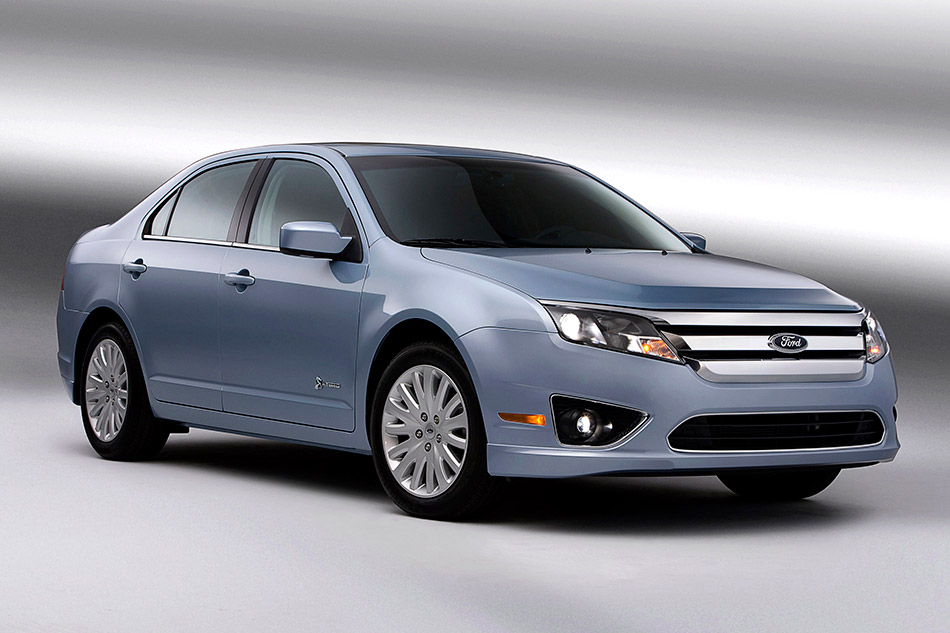 The overall system upgrade allows the Ford Fusion Hybrid and Mercury Milan Hybrid to operate longer at higher speeds in electric mode. The hybrid vehicles can operate up to 47 mph in pure electric mode, approximately twice as fast as some competitors. Plus, the city driving range on a single tank of gas is expected to be more than 700 miles.

"Because our hybrid can run at a much higher speed in electric mode, you can do so much more in city-driving situations," said Gil Portalatin, Hybrid Applications Manager. "Under the right conditions, you can drive in your neighborhood or mall parking lots without using a drop of gasoline."

The Ford Fusion Hybrid also offers drivers a way to be more connected to the hybrid driving experience thanks to Ford's SmartGauge with EcoGuide, a unique instrument cluster execution that helps coach them on how to optimize performance of their hybrid.

SmartGauge with EcoGuide features two, high-resolution, full-color liquid crystal display (LCD) screens on either side of the analog speedometer that can be configured to show different levels of information, including fuel and battery power levels, average and instant miles-per-gallon.

EcoGuide uses a multi-layered approach to coach the driver to maximum fuel efficiency.

A tutorial mode built into the display that helps the driver learn about the instrument cluster and the hybrid in a whimsical way that does not overpower. Technical enthusiasts will love the detailed gauges that will help them learn to become more efficient in their driving. Everyday drivers will love another new feature in this same gauge cluster. Called "Efficiency Leaves," the system "grows" leaves and vines on-screen to reward customers for efficient driving.

Drivers can choose one of four data screens to choose the information level displayed during their drives. They are:

Several other elements help differentiate the Ford Fusion Hybrid from its gas-powered sibling, including unique hybrid "road and leaf" badging on both sides and the rear of the vehicle; unique 17-inch, eight-spoke wheels; eco-friendly seat fabric made from post-industrial 100 percent recycled materials; and a standard 110-volt power outlet.