Although production of the BMW M3 with the legendary E9x 4.0 litre V8 ended in 2013, demand for power increases on existing cars remains high. In a process of continuous development, G-POWER has now upgraded its M3 V8 supercharger system to maximise this trend.

The resulting G-POWER M3 V8 Supercharger conversion now bears the additional suffix "TU" denoting an increase of 20 hp. What has not increased however, is the price of a new conversion.

Existing customers with a G-POWER M3 V8 supercharger system are not left out, and can also benefit from this latest upgrade. Thus, for just €1,668, the output of the most popular SK II CS system can be boosted from 610 hp to 630 hp.

The key to the additional power output for the G-POWER M3 V8 supercharger system is brand new software for the electronic engine control, developed from scratch. 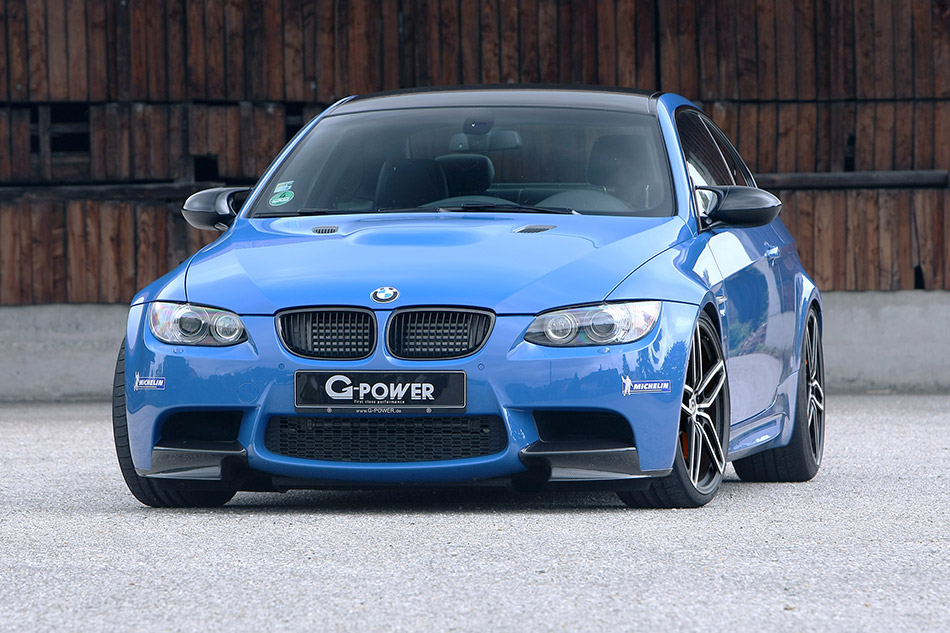 What on the surface sounds like a simple software update is actually a totally new set of maps for the fuelling, ignition, variable-valve-timing and boost control. These had to take into account not only power and torque, but also fuel economy and emissions.

The need arose because of the requirement for truly bespoke mapping to cope with the completely different control parameters of supercharging compared to the original naturally-aspirated motor. Not only did all the maps have to be re-written, they also had to be tested on the dyno and on the road until everything was perfect.

Like a fine wine, this could not be done overnight, and the complete development process for the new G-POWER software took about twelve months to complete. This included many test kilometers on the racetrack, autobahn, and course in everyday driving.

The combination of this new software, the G-POWER supercharger system, and BMW's high-revving V8 results in a powerful and responsive motor that is a paradigm of driving nirvana.

G-POWER's supercharger technology capitalises on the unique performance characteristics of the S65 M-engine, with further improved response to the slightest movements of the accelerator, rapid pickup under full load, and progressive power delivery all the way to the rev limiter. In addition, the latest version of the G-POWER enhanced V8 engine features significantly more mid range torque.

A clue to the G-POWER modified M3's status is the set of distinctive DIAMOND-CUT, double spoke 20-inch G-POWER HURRICANE RR forged wheels wrapped in 245/30ZR20 and 295/25ZR20 Michelins front and rear respectively. The ride height is reduced 30 mm by the GM3-RS fully-adjustable coilover suspension, whose damping rates can be individually altered for bounce and rebound control.  Stopping the charge of 630 hp is a ceramic brake system featuring 396 mm vented discs with six-pot calipers on the front axle, and 380 mm vented discs with four-pot calipers brake at the rear. Not only does the G-POWER Brake System deliver much better braking performance, it also significantly reduces unsprung mass, resulting in an improvement in steering and handling.

As mentioned above, the price of the revised G-POWER supercharger system remains unchanged. For example, the SK II CS TU version costs €13,500 plus tax, with the mandatory titanium exhaust system at €5,316. Existing owners of a G-POWER M3 V8 Kompressor system can upgrade to the new "TU" software for €1,668.