Hyundai Motor Co., one of the world's largest and fastest-growing automakers, today unveiled exterior teaser images of the all-new Santa Fe, which had been known by its code name DM in Korea. The all-new Santa Fe will have its world premiere at the New York International Auto Show in early April.

Hyundai will keep the name "Santa Fe" for the new vehicle, continuing the solid brand heritage of the automaker's most representative SUV model. The all-new Santa Fe, which is entering its third generation, has reached worldwide cumulative sales of about 2.56 million units (Korea: 680,000 / overseas: 1.95 million) since its 2000 debut.

Based on Hyundai's design philosophy, Fluidic Sculpture, the new Santa Fe adopts its own design concept called "Storm Edge," which captures the strong and dynamic images created by nature during the formation of a storm. 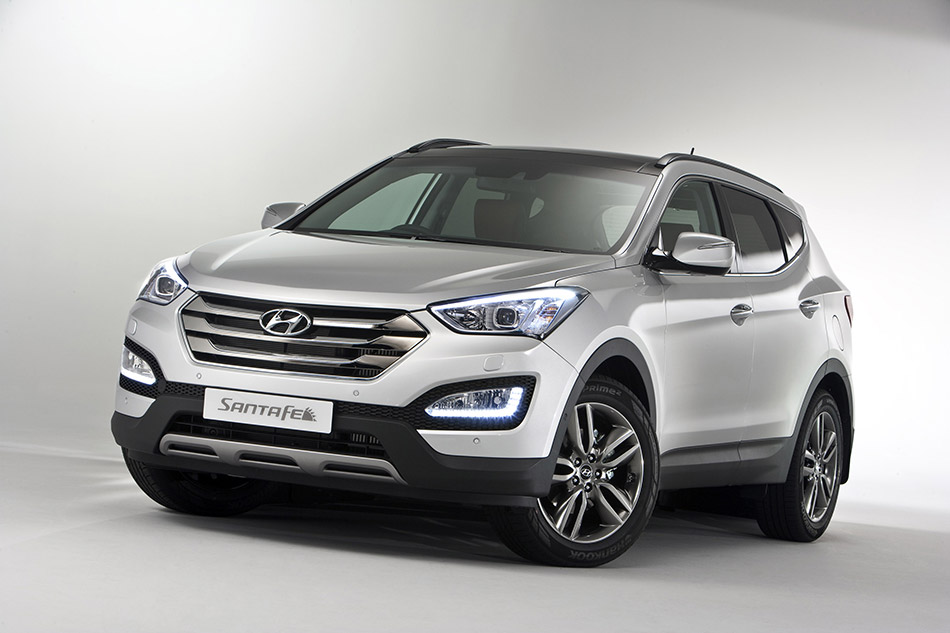 The third-generation Santa Fe features sophisticated and refined lines, which are in harmony with bold and voluminous surfaces, completing a more aggressive and classic look than its predecessor.

Dynamic side character lines give a more aerodynamic feeling, while emotional details expressed on the exterior design deliver a premium image, suggesting a new design direction for Hyundai's next-generation SUVs.

The all-new Santa Fe, whose core product concepts are "Refinement," "Smartness" and "Practicality, " is expected to be a hit in the global SUV market, offering the best value to customers in every aspect, with its differentiated design, cutting-edge technologies, good fuel economy and practical use of space.