The newest Infiniti is based on the highly successful European version, called the Primera. The first generation G20 was sold in North America from the 1991 through the 1996 model years.

"The new G20 is an authentic driver's car, offering spirited performance, a driver-oriented interior and sophisticated styling," said Tom Orbe, vice president and general manager, Infiniti Division. "At the same time, the G20 features all the luxury amenities you'd expect from a top-tier luxury brand like Infiniti, along with Infiniti's industry-leading philosophy of customer support known as The Total Ownership Experience®."

Designed with a European flair to compete against the best sports sedans in the world, the G20 combines superb dynamic handling capabilities with exceptional passenger and cargo room. Its cabin forward styling provides manageable exterior dimensions with generous interior spaciousness. 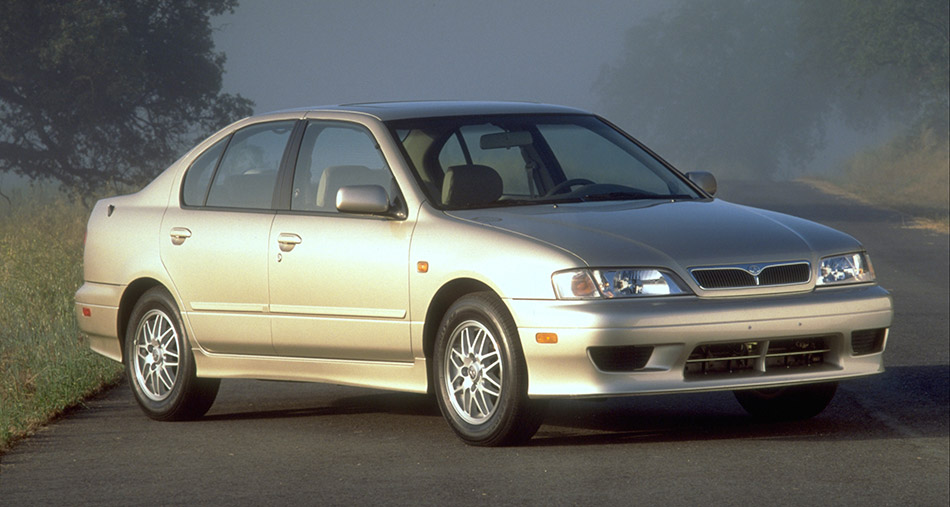 The G20's superior handling is a result of its precise steering, optimal engine placement over the front drive wheels, a unique front multi-link suspension system, an absence of torque steer and exquisite suspension tuning. The previous strut/parallel link rear design has been replaced with the patented Rear Multi-Link Beam™ design, which provides excellent grip and stability by helping the rear tires remain upright during cornering.

In addition, the G20 has an extremely rigid unibody, which is a result of Infiniti's advanced Intelligent Body Assembly System (IBAS) construction process.

The G20's exterior features a short hood, long cabin and high volume trunk. Its overall wedge silhouette conveys a sense of movement, while its aggressively slanted nose helps contribute to the G20's coefficient of drag of 0.30. The shape of the grille and angle of cut lines are similar to those of the Infiniti Q45 and I30, while new jewel-like halogen headlights add a luxury appearance and improved lighting performance.

Inside, the G20 cabin offers over 91 cubic feet of volume, a performance style instrument panel and comfortable "low-fatigue" style front bucket seats, similar to those used on the Infiniti QX4.

Quality measures start with the use of IBAS construction, which provides fit accuracy of +/- 1.0 millimeter for the floor, body side and body main panels. Every G20 also undergoes an exclusive Infiniti test drive evaluation at the end of the assembly process.

For those wanting the "ultimate" G20, a touring model with Leather & Convenience package is available.

"Since its introduction in 1989, Infiniti has experienced eight straight years of steady growth and accomplishments – taking its place among the industry leaders in both customer satisfaction and vehicle quality," said Orbe. "The addition of the new 1999 G20 adds a dimension of European sports sedan flavor and excitement that will help continue our record growth and success."