Lamborghini has been experiencing an upward trend once again, since the Volkswagen Group took the legendary sports car creation (with the bull in its emblem) under its wing. The flat and polygonal Gallardo has particularly enjoyed immense popularity. The truth however is that Gallardo is fired by "only" a V10 engine and not by a V12 driving power as is traditionally the case with Lamborghini. Moreover, it has no gull-wing doors and is even driven by all four wheels. Meaning that the "small" bull has defied all conventions! 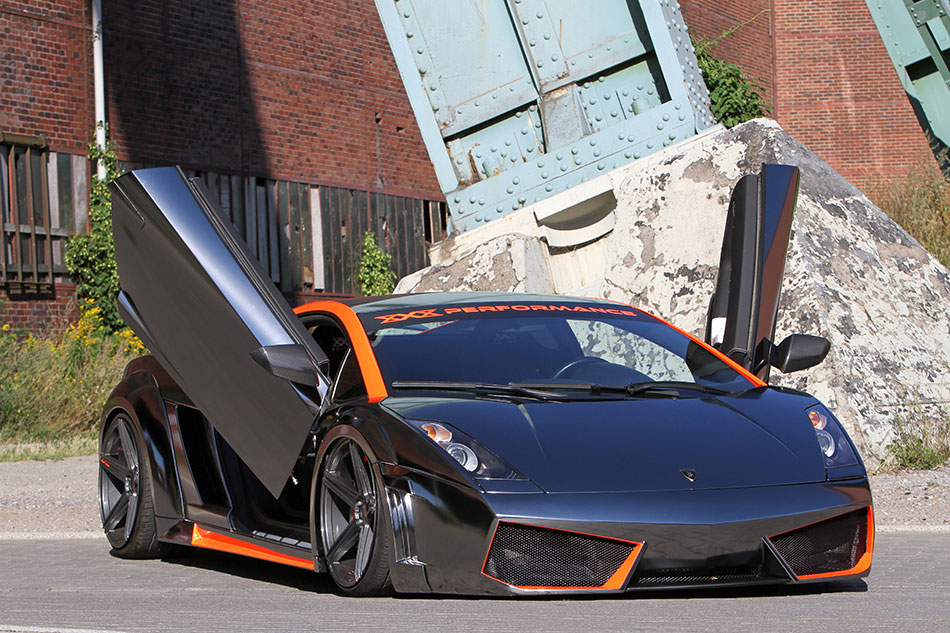 It was all eccentrically showcased through the xXx-typical wrapping. While the bulk of the licensed Lamborghini Gallardo models roll through the roads of Germany in dull black or silver color, Adrian Bomba opted for the more glaring variations. He thus wrapped the external shell in black chrome with the shafts of the side skirt, the interior edges of the front air ducts and the roof edge gleaming in neon orange.

A Gallardo with air suspension is impossible? No. It is possible! With the G-ride air suspension produced exclusively for xXx Performance in combination with the specially adapted and two-fold hardness adjustable KW damping! The system has an electronic level regulation system with integrated, self-regenerating air-drying system from OEM Technology. Exclusive mbDesign KV1 Deep Concave rims turn deeply sunk in the wheel houses in the dimension 9x20 inches with 235/30R20 in front and 12x20 inches with 305/25R20 Hankook S1 Evo tires in the rear. The rims were endowed with black chrome finishing from the company's own coating shop to match the bodywork.

The tuners from Bochum conclusively endowed the interior of the Lambos with a new exclusive leather fitting with white decorative stitching, top-stitched diamonds and embroidered xXx-logos.