"The new Lincoln MKZ represents the future of Lincoln in both style and substance," said Jim Farley, Group Vice President, Global Marketing, Sales and Service. "It is proof of our commitment to deliver a new breed of Lincolns for a new generation of Lincoln clients – motor cars that are distinctive, elegant, full of technology and a delight to own." 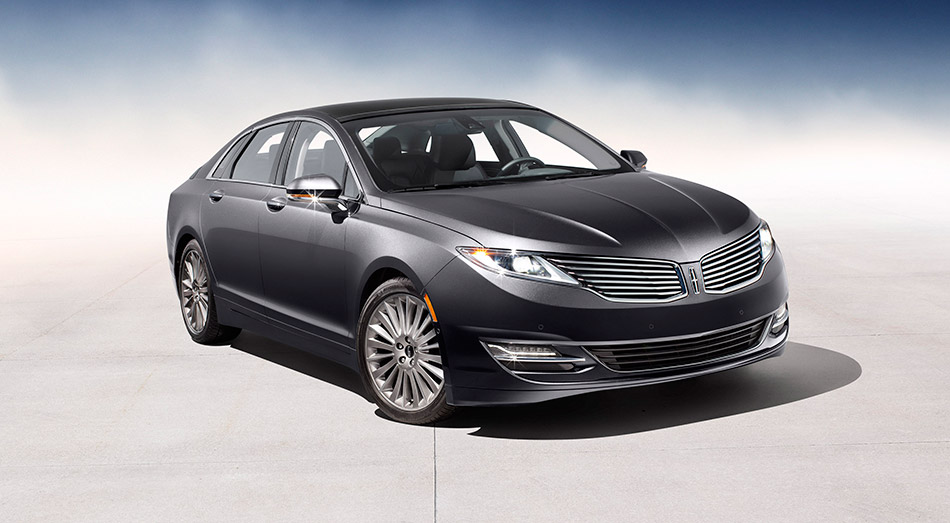 Available radar-based (ultrasonic) driving aids further enhance the driving experience. Adaptive Cruise Control and Collision Warning with Brake Support each use a long-range radar system that scans in front of the vehicle, automatically adjusting to traffic speed and providing a visual and audible alert when a potential front end collision is detected.

SYNC with MyLincoln Touch is standard in the new MKZ. The combined system makes it easier to use the entertainment, climate and available navigation features as well as devices brought into the car (e.g., phones, PDA, MP3 players). Twin five-way controls on the steering wheel manage essential systems, and many functions can be voice-activated via SYNC.

The new MKZ offers Lincoln Drive Control as standard. Lincoln Drive Control is an automatic system that delivers an ideal balance of a smooth ride with confident handling as it intuitively responds to driver commands and the road, making the 2013 model the most refined and engaging MKZ ever.

CCD contributes to Lincoln Drive Control's transparent action by monitoring the car's suspension settings up to 500 times per second. The real-time system adjusts the suspension up to 50 times per second to deliver more controlled handling with a smoother ride. CCD augments a highly developed chassis that includes a refined strut front suspension and an all new integral link rear suspension.

The new MKZ is the only sedan in its class to include Continuously Controlled Damping and Active Noise Control as standard equipment.

The 2013 Lincoln MKZ offers three distinct powertrains. The standard 2.0-liter four-cylinder EcoBoost delivers the performance of a traditional V6 along with expected segment-leading fuel economy that is at least 3 mpg better than the closest competitor. This engine delivers a projected 20-percent increase in highway fuel economy versus the 2012 MKZ.

2.0- and 3.7-liter gasoline engines are equipped with six-speed automatic transmission; 2.0-liter Hybrid is equipped with a continuously variable transmission. Horsepower, torque and fuel economy figures all are projected, not certified.

Improving grip on slippery roads, the available all-wheel-drive (AWD) system anticipates and adjusts the power delivery to the front and rear axles in as little as 16 milliseconds, faster than the blink of an eye.

The new MKZ is the only sedan in its class to offer inflatable second-row outboard seat belts. Rear-seat passengers – often children or mature passengers – can be more vulnerable to head, chest and neck injuries. The available inflatable second-row, outboard seat belts spread impact forces across more than five times the area of conventional belts, reducing pressure on the chest while helping to control head and neck motion and helping reduce the risk of injuries.

The Retractable Panoramic Roof is a new signature feature for Lincoln. The 15.2-square-foot glass panel offers one of the largest openings available on any current sedan. The design maintains the structural strength of a steel-roof vehicle.

Nearly identical to the MKZ Concept shown at the North American International Auto Show in January, the production 2013 Lincoln MKZ embodies a design language that is subtly distinctive.

"We call it elegant simplicity," said Max Wolff, Lincoln Design director. "We wanted the new MKZ to be inviting and approachable. We moved away from traditional luxury cues and complex designs. We came up with something warm that is rich, yet still intentionally restrained."

A sweeping roofline defines the new luxury sedan's profile. The steeply raked windshield and lengthened backlight make for a sleeker and more flowing appearance that is 10 percent more aerodynamic than the model it replaces. "The MKZ shape is a vision completed with just a few strokes," said Wolff.

Although strikingly modern, the design retains classic Lincoln design elements including a more refined interpretation of the split-wing grille, first seen on the 1938 Lincoln-Zephyr.

Rearview mirrors stand on door-mounted, sculpted pedestals. This fitment enables the front door glass to extend farther forward to improve visibility and to allow even more light into the interior.

"The exterior's front graphic is repeated in the dramatic sweep of the new instrument panel, helping tie the interior to the exterior in a harmonious manner. These flowing forms – along with the open center console – create a comfortable and functional interior that particularly appeals to younger, more diverse drivers we believe will now consider Lincoln," said Wolff. 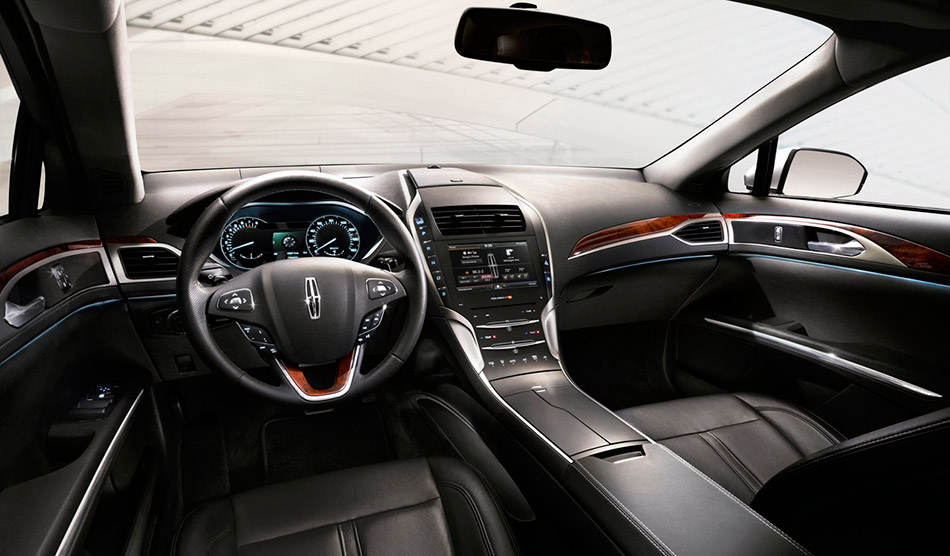 To make the MKZ exceptionally quiet, ANC electronically targets frequencies and reduces their intensity. To improve the refinement of the driving experience, other frequencies are subtly enhanced.