Since its launch in 2008, the second-generation Kangoo Van has already found favour with more than 400,000 business customers. Renault's compact van, which tops the European market, returns in strength this year with the release of a brand new Phase 2 version which covers the entire range, from Kangoo Van, and Kangoo Maxi, to Kangoo Van Z.E. and Kangoo Maxi Z.E.

The changes are immediately apparent, including the introduction of a new front end which incorporates the styling cues of Renault's new design language, with a more prominent, vertically positioned logo. The new design highlights its robustness and modernity.

New door mirrors and headlights blend more harmoniously with the vehicle's overall lines and the cabin, too, benefits from a new design in the form of a superior quality centre console and new steering wheel. 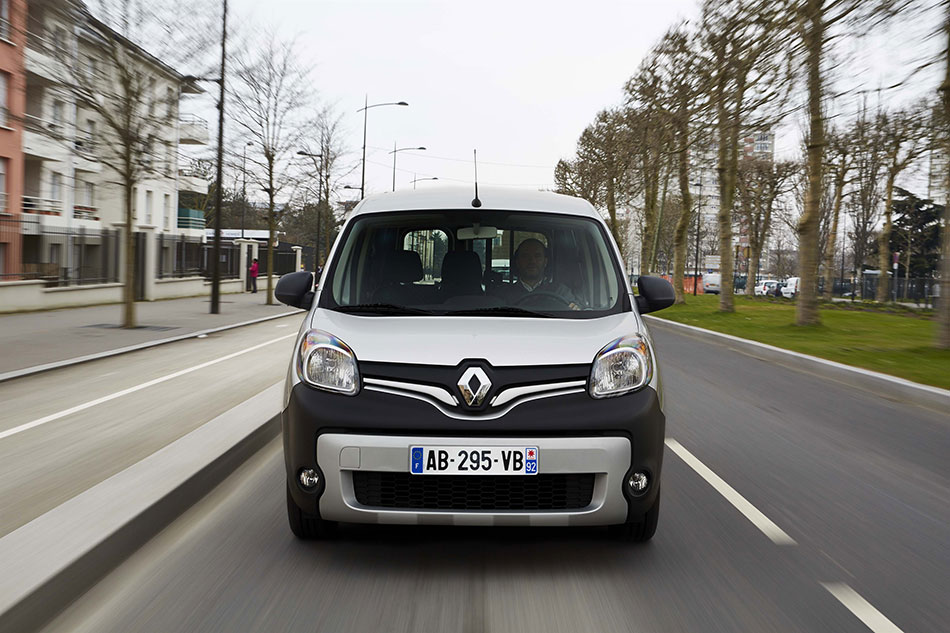 The Kangoo Van range offers two wheelbase lengths, three versions of the popular 1.5-litre dCi diesel engine (75, 90 and 110hp) and a choice of two- or five-seat versions of the Kangoo Maxi. The five seat "Crew" version features a rear seat that can be tipped forward to accommodate particularly long loads.

The latest Kangoo line-up builds on the strengths of its predecessor, especially when it comes it fuel-efficiency. The line-up includes a choice of responsive, yet economical powerplants, two of which return the lowest fuel consumption in their segment. The dCi 75 Stop&Start and dCi 90 Stop&Start engines boast NEDC combined-cycle fuel consumption of just 4.3 litres/100km or 65.7mpg (equivalent to 112g/km of CO2).

To help drivers reduce their fuel consumption further still, the latest-generation engines available for Kangoo come with a gear shift indicator as standard equipment, as well as an ECO mode that can achieve fuel savings of up to 10 per cent by acting on engine torque, the gear shift indications and accelerator pedal mapping.

The result is lower running costs and TCO (Total Cost of Ownership) savings, two fundamental considerations for business owners. Costs have been further reduced by longer engine servicing intervals for core versions (every two years or 25,000 miles, instead of every two years or 18,600 miles previously).

An impression of quality that expresses New Kangoo's inherent robustness

During the development of New Kangoo Van, significant attention was paid to improving the impression of quality. A thorough review process lasting several months was implemented with a view to identifying those areas which permit the van's strength to be instantly recognisable. The areas to benefit from attention include:

New Kangoo Van benefits from a connected multimedia system thanks to the introduction of R-Link (optional, or standard equipment for ‘Sport' versions). This system incorporates the in-dash TomTom® LIVE navigation previously available for Phase 1 Kangoo, plus numerous new functions, such as advance warning of hazardous zones and the ability to download applications like the reading out of e-mails. The range of radios has evolved, too, with a choice of three solutions. All radios come with USB and Bluetooth connectivity, while the next level up is equipped with a CD player. The premium radio integrates with the Renault R-Link system. 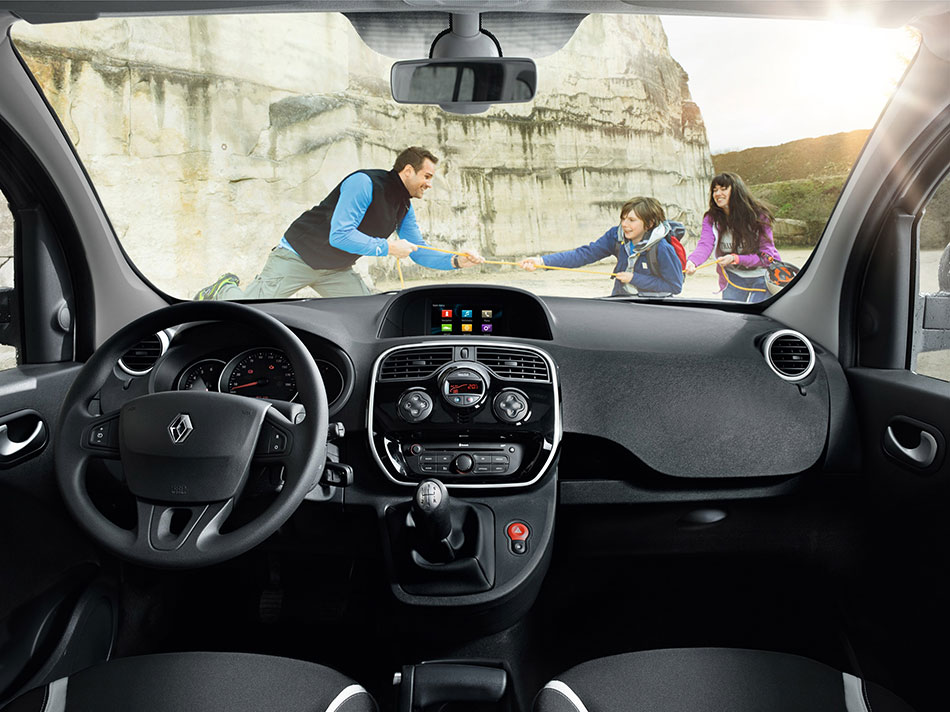 Also available is new-generation ESC combined with Hill Start Assist, plus Grip for improved traction in difficult conditions. It goes without saying that New Kangoo Van continues to be available with the many innovations that have forged its reputation, including the sliding rear roof flap.

All New Kangoos will be made exclusively at Renault's MCA de Maubeuge facilities in France. This factory is notably acclaimed for its ability to cover a wide range of vehicles and options (63 versions of Kangoo[1], 21 engines/motors, the Mercedes Citan, 200 colours), as well as for its uncompromising quality inspection procedures. The factory has made more than 4.9 million vehicles since 1971, including almost three million small vans and ludospace derivatives.

The Maubeuge plant also houses a Renault Tech facility. Kangoo Vans can consequently be converted on site as they come off the line, allowing business customers to take delivery of quality, tailor-built vehicles directly.

The socket for New Kangoo Van Z.E.'s battery charger is now located behind the logo, at the front. By plugging in the cable provided, owners can benefit from a complete charge in between six and nine hours using a Wall Box at their home or at a roadside charging station.

Another specific feature is the Z.E. Voice function which emits a sound to warn pedestrians of the vehicle's approach. This system is activated at speeds of between 1 and 19mph (no sound at a standstill). Meanwhile, in order to benefit from off-peak electricity rates, owners can programme the charging of New Kangoo Van Z.E.'s battery remotely using their computer or smartphone thanks to the ‘My Z.E. [email protected]' pack.