The first all-new Lotus since the iconic Elise roadster made its debut in 1995, the Evora entered the sports car market as the world's only production mid-engined 2+2. The Evora provides a tremendously rewarding driving experience: the mid-engined layout gives exceptional agility and the Lotus engineered suspension ensures incredible ride and handling. 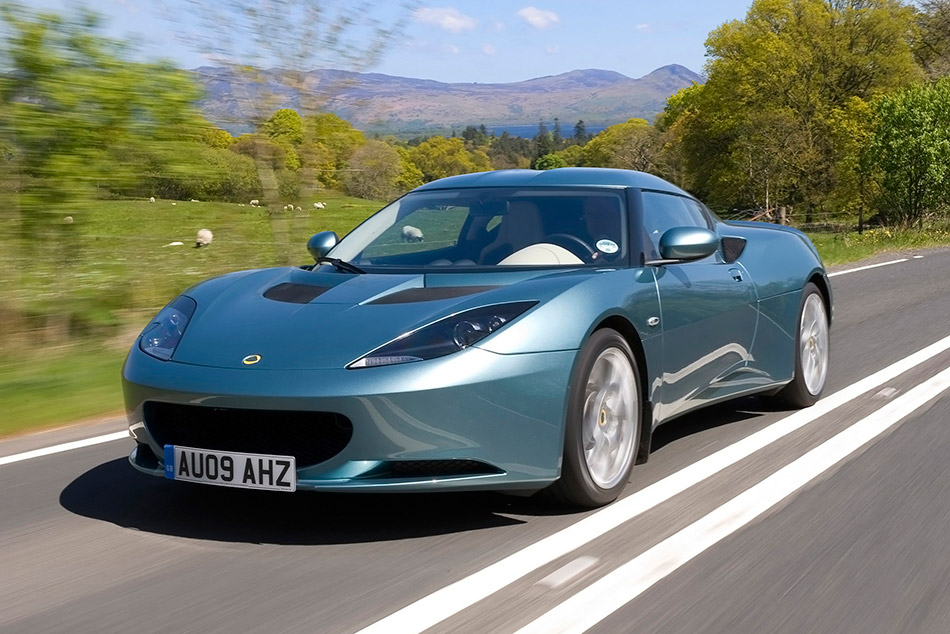 Because one of the roles of the Evora is to attract new customers, as well as performance aficionado's to the Lotus brand, the Evora offers a more refined ownership experience than Lotus' existing smaller four cylinder models. Its elegantly styled cabin is beautifully trimmed and its equipment list includes contemporary features such as an advanced touchscreen multi-media system and electric power-fold door mirrors. Careful attention has also been paid to its ease of use; with wider, taller door apertures, narrower sills and higher seating position making getting in and out of the cabin a less athletic undertaking than it is in Lotus' smaller sports cars (Elise, Exige, Europa and 2-Eleven), whilst the design of the cabin itself will accommodate two 99th percentile (6ft 5in / 196 cm tall) American males in the front seats.

The ‘convenience factor' of the Evora extends to all areas of the car. For instance, beneath the skin the entire front-end structure is a high tech aluminium "sacrificial" modular unit, with bolt on attachment to the main extruded aluminium tub. This modular unit is not only designed to deform for maximum safety, and to make the production assembly process more efficient, but also to reduce repair costs in the event of a frontal impact.

The Evora has been designed with global automotive regulations in mind, and future derivatives are planned.

The Evora is hand crafted and built on a dedicated new assembly line within Lotus' advanced manufacturing facility at Hethel in the East of England; capacity limitations restrict production to approximately 2000 cars a year, thus ensuring this dynamic new sports car's rarity and exclusivity.