Achieving a weight reduction of 19.56kg* over the standard Elise S, the Club Racer boasts an improved power to weight ratio delivering 240bhp per tonne, it accelerates to 60mph from standing in 4.2 seconds, and reaches a top speed on 145 mph – in short, it's a little animal! 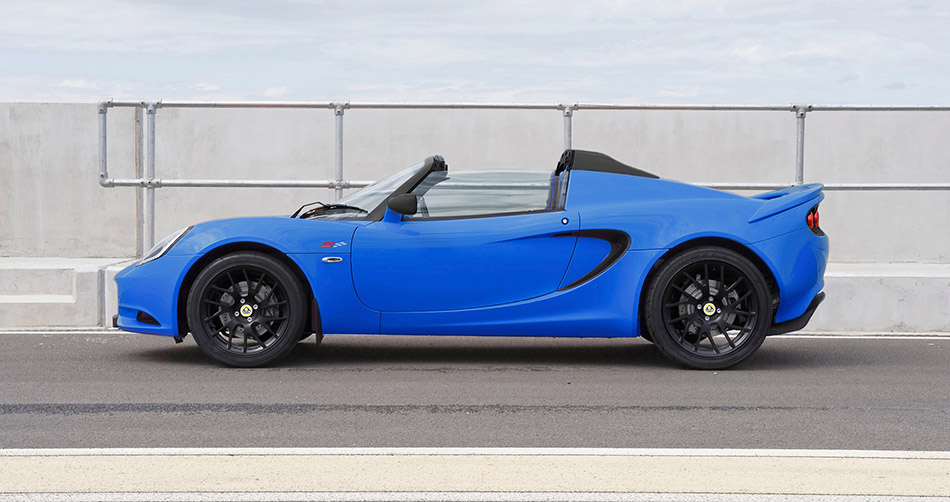 Those in the market for a Lotus will know that what matters most is how the Elise S Club Racer feels to drive; it goes without saying that the Club Racer is developed with Lotus' legendary dynamic performance. The Elise range, now extending to its 4th variant delivers thrilling driving dynamics thanks to Lotus' trademark agile and precise handling. Communication is key here; the Elise S Club Racer delivers plenty of feedback so that the driver has optimum control and can intuitively deploy nimble steering and acutely accurate braking.

Real enthusiasts can even manage to reduce the weight of the Elise S Club Racer a further 8kg by specifying track-use, dealer-fit options such as a TRD air box and filter element and a sports exhaust.

The stripped-out, race inspired Elise S Club Racer benefits from both a weight-reduction initiative and the extra power of a supercharger, it's a compelling proposition for sportscar fans; it is quick, goodlooking and most of all – fun to drive!

The Elise S Club Racer at a glance:

Prices below are an illustration of pricing structures in selected markets only.