Six years after its birth, the car that created the luxury sport sedan segment continues to receive accolades from the general public, automobile enthusiasts and the press. Maserati has decided to celebrate its success with a superlative version, blending the elegance and sporty stylishness of the brand's flagship, thanks to the combination of highly refined details, handcrafted finishes and features with a decidedly sporty flair.

During its six years of life, the Maserati Quattroporte has received no less than fifty six awards from the most prestigious automotive and lifestyle publications in fourteen countries over in four continents: a global approval for a car that has known how to recreate itself over the years, never failing to maintain the appeal of the lines and purity of the forms created by the hand of Pininfarina, which defined it an instant classic. 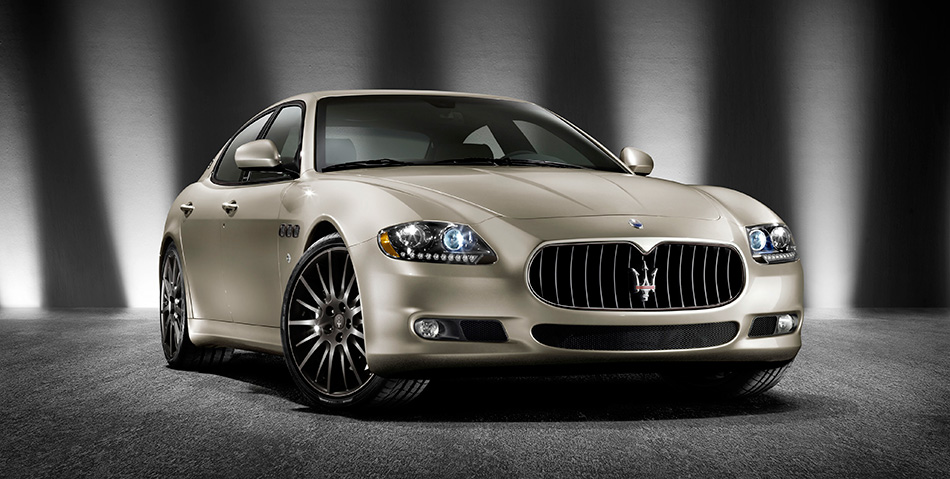 The new Quarzo fuso finishing – a pearlescent metallic grey with golden nuanced colour - exclusive to this model, makes the exterior immediately recognizable, and highlights the body's elegant lines. The burnished treatment used on the exterior chrome parts, as well as on the side air vents and radiator surround, also blends with the 20'' Multi Trident dark grey rims with satin finish.

The brake system, which replicates the system fitted to the Quattroporte Sport GT S and uses dual-cast technology, is further enhanced by the hand-polished calipers both at the front and rear. With the Quattroporte Sport GT S "Awards Edition", Maserati and Brembo are introducing on the market for the first time polished calipers, treated with precision mechanical processes and featuring a hand finish which gives them their special mirror-like appearance and enhances their sporty credentials at the same time.

The interior also bears witness to the combination of sporting flair and craftsmanship that has always characterized the Maserati flagship sedan. The Poltrona Frau leather of the seats is combined with perforated Alcantara with a new undulated pattern, and the headlining still in Alcantara. Completing the interior space are the special brushed aluminum door sills and Piano Black satin-finish wood moldings.

The boot with a full black trim has been embellished further with chrome details and a leather side pocket. The attention to details has even been extended to the mats, which are made of even richer and softer material.

The Quattroporte Sport GT S "Awards Edition" will be available in the latter half of 2010 as model year 2011.