Mazda will debut its road legal 205bhp MX-5 GT Concept at the Goodwood Festival of Speed on 28 June – 1 July.  The Mazda MX-5 GT Concept will be on display throughout the festival on Mazda's stand, as well as taking part in the hillclimb in the ‘First Glance' category.

The Mazda MX-5 GT Concept has been inspired by Mazda's podium winning MX-5 GT race programme and its debut at Goodwood is to test customer reaction to a high performance version of the iconic sportscar.  Built by race specialists Jota Sport, the MX-5 GT Concept produces 205bhp from a normally aspirated 2.0-litre Mazda petrol engine which is mated to the car's standard manual gearbox. Suspension has been uprated to improve handling and is adjustable for different track conditions, aerodynamic assistance comes from a carbon front splitter, a rear diffuser and boot spoiler.  The exhaust note has been enhanced with a sports exhaust system with a central tailpipe.  Recaro seats enhance the driver stability and the interior features a number of carbon enhancements that help reduce weight.  For customers who want to acquire the car for track use, it comes equipped with road slicks and body-coloured roll hoops behind the seats. 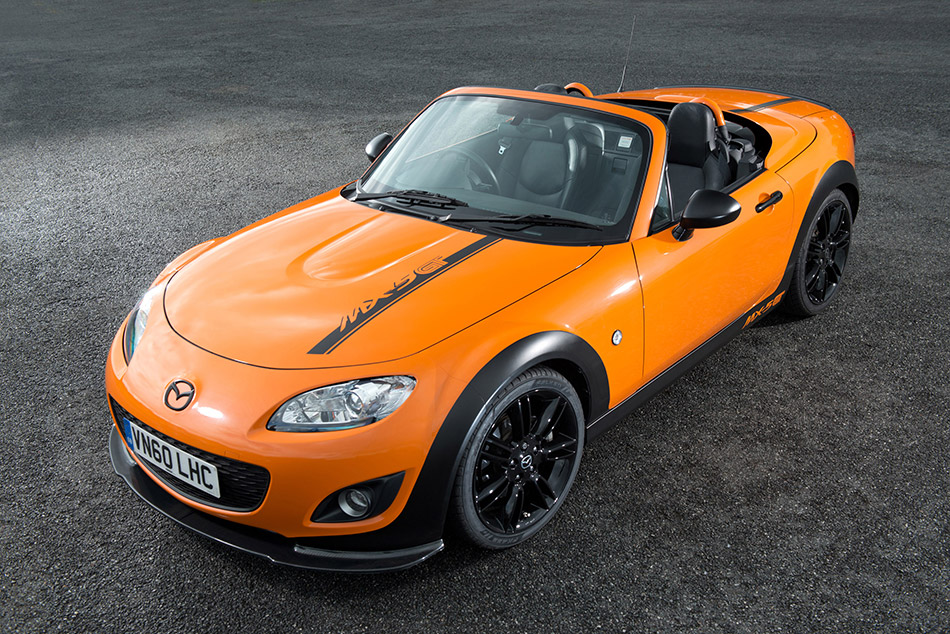 Joining the MX-5 GT Concept on the stand will be the Mazda Takeri sedan concept, a close indication of the design direction of the future Mazda6, along with the recently launched all-new Mazda CX-5 compact SUV, the first car to adopt Mazda's revolutionary SKYACTIV technology which improves fuel economy and reduces CO2 emissions without compromising driving enjoyment.

Mazda has also entered the World's fastest and most powerful MX-5 in the Goodwood hillclimb.  Sponsored by SMH Fleet Solutions, Jota Aviation, Total Lubricants and Mazda Financial Services, the Jota Sport Mazda MX-5 GT4 is currently contesting the 2012 British GT Championship and took third in class at Brands Hatch this weekend.  Competing against Lotus, Aston Martin, Ginetta and Ferrari racecars, the MX-5 GT boasts a top speed of 160mph and a 0-60 time of just three seconds, making this a very special MX-5.

Drivers for the Goodwood Festival of Speed are regular Mazda racers Mark Ticehurst and Owen Mildenhall and kart racer Jade Paveley, who at just 19 years-old, is one of the youngest drivers at the festival.

"This year at the Goodwood Festival of Speed we have a number of significant cars on the stand and contesting the hillclimb," said Jeremy Thomson, Managing Director, Mazda UK.  "The MX-5 has been our best known car for 22 years and with the GT4 and GT Concept on show, we are demonstrating that this car can compete with the more expensive race and performance cars but still remain true to its roots of affordable motoring with a strong focus on the driving experience.

"The Mazda Takeri gives a clear guide as to how the next Mazda6 will look.  It will be the second car to use Mazda's new SKYACTIV technology following on from the Mazda CX-5 which we launched in May.  SKYACTIV technology reduces vehicle weight, improves fuel consumption and reduces CO2, it takes our cars into the realm of environmentally friendly emissions but with no compromise on the fun to drive attributes that are typical of our brand.

"So come over and say hello during the weekend, we are also giving away a limited number of Le Mans books to visitors to the stand each day – so visit early."