The 2011 Mitsubishi Galant luxury sports sedan enters the new model year with one of the best standard luxury equipment packages for its price point of any mid-size 4-door vehicle available in the marketplace today. Add the car's distinctive styling, terrific fuel efficiency and excellent ergonomics into the mix and the amenity-packed, fun-to-drive Galant becomes a consideration for the car-shopping consumer unlike any other.

The mid-size Galant sedan - available in a base ES model and the more upscale, bargain-priced SE version - joins the versatile Endeavor crossover SUV and Mitsubishi's firebrand Eclipse Coupe/Eclipse Spyder sports machines as vehicles that are manufactured at the company's factory in Normal, Illinois, an assembly plant that will celebrate its 23rd anniversary of producing high-quality vehicles in 2011. 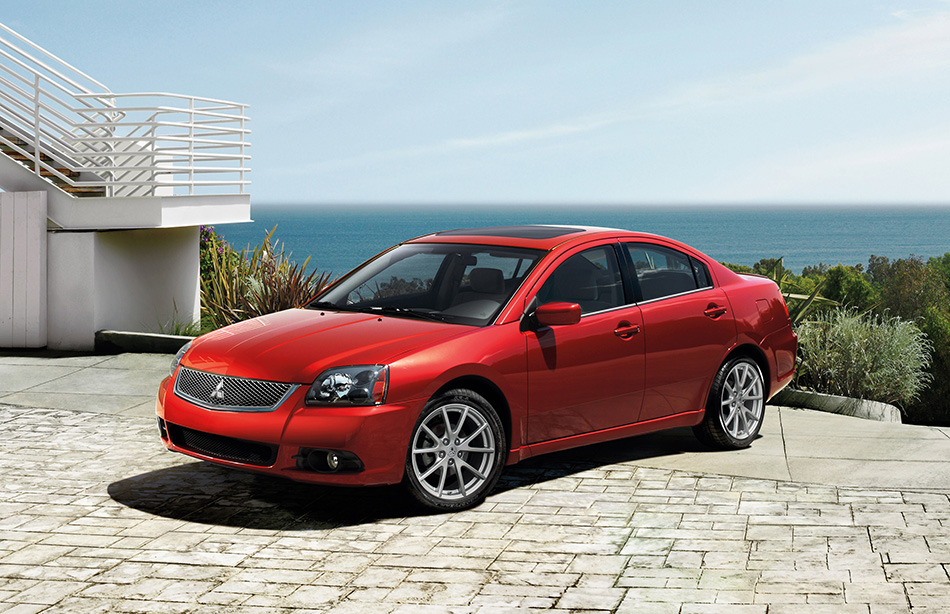 New for the 2011 Mitsubishi Galant

A new design feature for the 2011 Mitsubishi Galant is a reduction in the vehicle's ride height by half an inch. Not only does this imbue the handsome Galant 4-door with an even sleeker-looking stance, but it also improves the car's aerodynamic efficiency, thus leading to a slight increase in fuel economy.

Another rich-looking aesthetic enhancement to the 2011 Mitsubishi Galant sports sedan is the addition of stylish new chrome beltline molding for a more upscale appearance.

In addition to its handsome styling and composed, luxury car-like ride quality, the most significant attribute of the 2011 Mitsubishi Galant is its remarkably comprehensive standard equipment package. These items include:

But the real value play for consumers is the more upscale Galant SE model that boasts a slew of high-end luxury features and amenities that are usually reserved for a luxury sport sedan class that costs thousands of dollars more than this very affordably-priced Mitsubishi model. The Galant SE's appointments include:

Sassy Styling, Both Inside and Out

Notable in its good-looking design is its prominent front fascia which features a very bold-looking silver painted mesh grille. Squared-off headlights that contain a smaller pair of lamps stacked one on top of the other at the outer edges are also a styling tour de force. The prominent creases along the hood give the design a brawny look. Without question, the front end styling of this sedan is truly unlike any other.

Viewed in profile, the Galant's gently curving greenhouse is a wonderful contrast to the rest of the car's straight-edged design aesthetic.

A futuristic-looking yet elegant "cat's eye" taillight design and a sporty trunk lid-mounted lip spoiler (the latter element included on the Galant SE with Leather package) can't help but please the discerning eye. 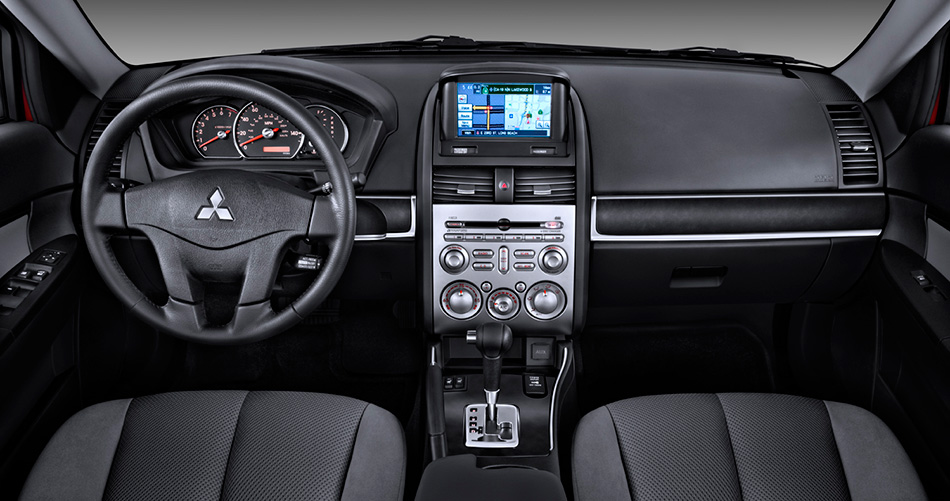 Front and center inside the Galant's warm-looking interior is the tall center console waterfall that is done up in a handsome silver finish, its controls a thoughtful blend of knobs and buttons that never overwhelm the senses both visually and in functionality. Perched atop the center stack in the Galant SE is a very intuitive, 7-in. touch-screen DVD-based navigation system; a convenient rear backup camera system is also included. A chrome shift lever gate and thin strips of silver-colored trim that line the gauge faces and lay horizontally across the dashboard top off a rich-looking interior design deserving of a vehicle that should cost thousands of dollars more than the Galant's very attainable price point.

All 2011 Mitsubishi Galant models are powered by a venerable 2.4-liter, 16-valve SOHC inline-4-cylinder engine that features Mitsubishi Innovative Valve timing Electronic Control (MIVEC) for improved power production, fuel economy and lower emissions. This engine produces 160 horsepower at 5,500 rpm and 157 lb.-ft. of torque at 4,000 rpm. A variation of this powerplant that has been certified as a Partial Zero-Emissions Vehicle (PZEV) is available for sale in California, Maine, Massachusetts, New York and Vermont and produces slightly less horsepower with a rating of 155 bhp. A 4-speed Sportronic® automatic transmission that gives the driver the option of manually shifting gears when desired is standard equipment.

This quiet and efficient powertrain not only produces outstanding fuel economy with a highway rating of 30 mpg but also saves its owner additional money at the pump as this engine runs on regular-grade unleaded fuel.

Thanks to the Galant's rigid chassis and ideally-placed sound insulation, occupants are treated to a hushed ride from a well-engineered platform that keeps sound intrusion to a minimum. Thoughtful design can also be found in the car's independent suspension - a MacPherson strut configuration with coil springs that reside in a sub-frame up front and a low-mount multi-link setup in the rear of the vehicle - allowing for supple suspension damping that soaks up road irregularities with aplomb along with providing responsive handling.

In keeping with the "more vehicle for the money" theme of the 2011 Mitsubishi Galant luxury sport sedan, this stylish 4-door is equipped with numerous state-of-the-art safety features and technologies to help protect the driver and all occupants including dual-stage front air bags, front seat-mounted side-impact air bags, and side front and rear curtain airbags, along with anti-lock brakes (ABS) with Electronic Brake-force Distribution (EBD), Traction Control Logic (TCL) and Active Stability Control (ASC) that help keep the driver in control even in poor road conditions. A Tire Pressure Monitoring System (TPMS) is also included at no additional cost to the consumer.