There are many motor manufacturers who can claim 70 years of continuous production, but it is only the Morgan Motor Company who can make this claim with the same model!

Launched back in 1936 the Morgan 4/4 remains in full production today. To celebrate this unique achievement, the Morgan Motor Company has unveiled a special model.

Appropriately named "70th Anniversary", just 142 cars will be built - two cars for every year of its production life since launch. Each car individually marked with the year it honours, and finished in period style.

With the specification subtly changing through the decades with period colours, trims and hood styles, the standard specification of fold flat windscreen, vintage dashboard, sheepskin bonnet strap and drilled steel wheels with chrome hub caps, all add highly visual links to the past. 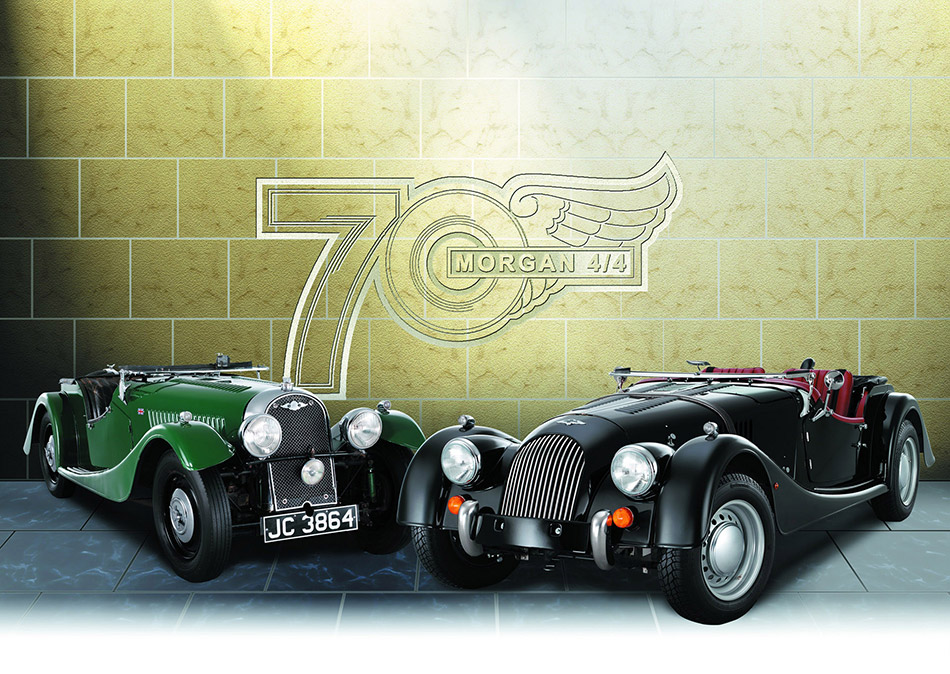 A strong galvanised steel chassis carries coachbuilt bodywork of aluminium panels over an ash frame, built to the same tradition as the 1930s.

The 70th Anniversary limited edition cars have been fully tested and developed to meet all of the latest crash and emission standards with the latest 4/4s being powered by the super efficient 1.8 litre 125 bhp Ford Duractec engine.

Charles Morgan, Director and Grandson of the Company's founder said "we are really proud to celebrate this anniversary. We have made nearly 10,000 4/4s over the years. The fact that we have kept the essence and character of the car, whilst keeping the functionality and safety totally current is a testament to the original design, and the skills and ingenuity of our engineers at the factory in Malvern."

The 142 Anniversary cars will be priced at £27,950 including VAT, production runs from January to November 2006.