The Porsche 911 celebrates its 50th anniversary in 2013. Porsche is marking this anniversary year by starting a new chapter in the area of high performance sports cars for circuit tracks. Following the total production of 14,145 GT3 cars since 1999, the fifth generation of the Porsche 911 GT3, an allround redevelopment, is set to take on the pole position among the thoroughbred Porsche sports cars with naturally aspirated engines. Both engine and transmission, as well as body and chassis are entirely new, and extend the 911 GT3 concept with an impressive performance leap. This is due to the new active rear-wheel steering, as well as other features. 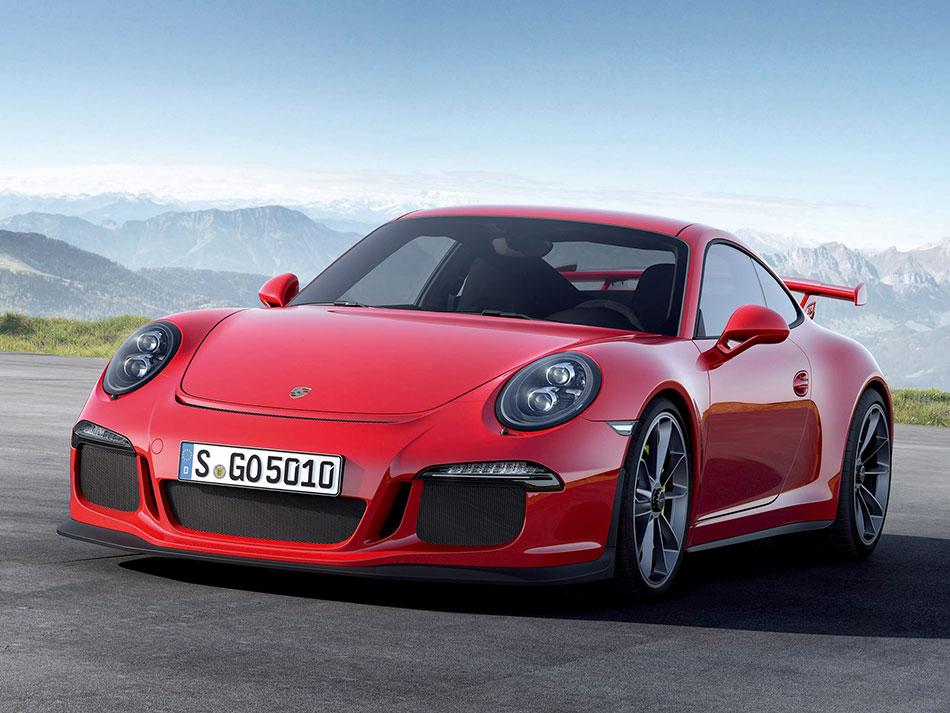 This ensures that all successful characteristics of this racing-capable sports car are preserved, with even more dynamics, more sophisticated day-to-day suitability - and a highly emotional fun factor.

The powertrain of the new 911 GT3 is composed of a 3.8-litre flat engine that yields 475 hp (350 kW) at 8.250 rpm, a Porsche Doppelkupplung (PDK), and the high-traction rear-wheel drive. The six-cylinder engine is based on the 911 Carrera S engine, but shares only few common parts. All other components, particularly the crankshaft and valve train, were specially adapted or developed for the GT3. For example, Porsche is once again using titanium connecting rods and forged pistons. These basic modifications set the stage for an extreme high-revolution engine capable of reaching up to 9,000 rpm. The dual-clutch gearbox is another feature specially developed for the GT3, with characteristics inspired by the sequential gearboxes used in motor racing, thus granting the driver further benefits when it comes to performance and dynamics.

The new Porsche 911 GT3 is designed for further gains in precision and lateral dynamics throughout. Additionally, Porsche is using active rear-wheel steering for the first time. Depending on the speed, the system steers in the opposite or the same direction as the front wheels, thereby improving agility and stability. Among the other new driving dynamics features are the electronically controlled, fully variable rear differential lock, and the dynamic engine mounts. The height, toe and camber of the newly developed all-aluminium chassis is still adjustable. The new, 20-inch forged alloy wheels with central locking are used for optimal road contact. 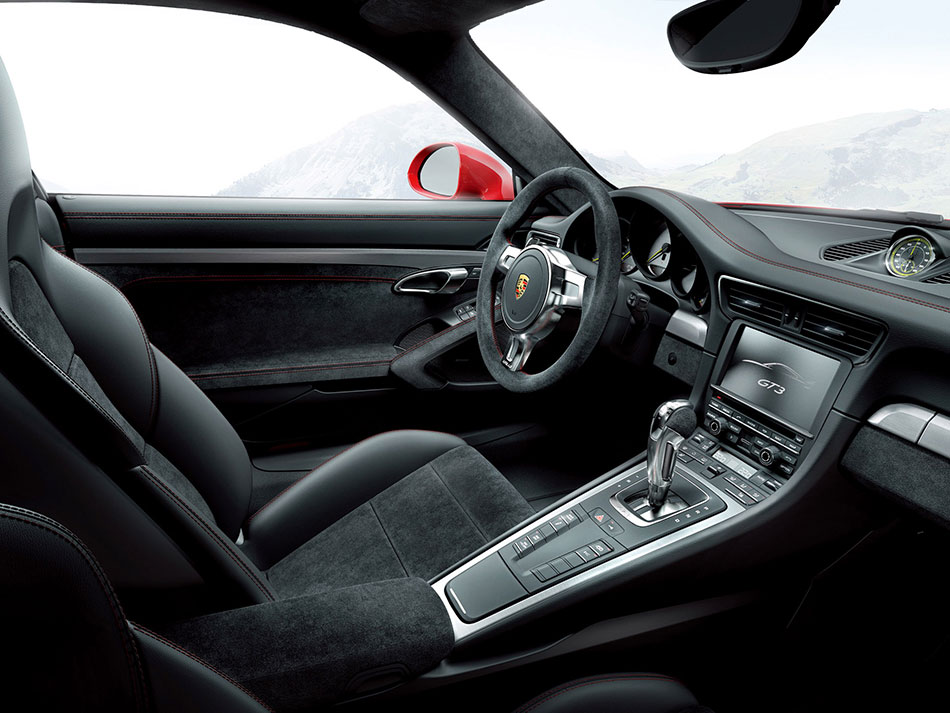 Traditionally, the Porsche 911 GT3 comes as a two-seater based on the lightweight body of the current-generation 911 Carrera. However, the front and rear part are always model-specific. In addition, the Porsche 911 GT3 is 44 millimetres wider than a 911 Carrera S at the rear axle. Another clear identifying feature is the large, fixed rear wing. This makes a decisive contribution to the exemplary aerodynamics of the new 911 GT3, which combines low air resistance with a further increase in negative lift.

As a result, the new Porsche 911 GT3 once again sets fresh record performance values. At full acceleration from a standstill, the 100 km/h mark is passed after just 3.5 seconds, and 200 km/h in less than twelve seconds. The top speed of 315 km/h is reached in the seventh and thus the top gear of the PDK transmission. The lap time on the Nrburgring Nordschleife is even more impressive: the new 911 GT3 cracked this track, commonly regarded as the most difficult in the world, in less than 7:30 minutes. Around 80 percent of all 911 GT3 are also driven on race tracks.