Renault is revealing Pulse, an upscale compact car developed for the Indian market by Renault's Design Center in Mumbai. It is scheduled for release in January 2012. 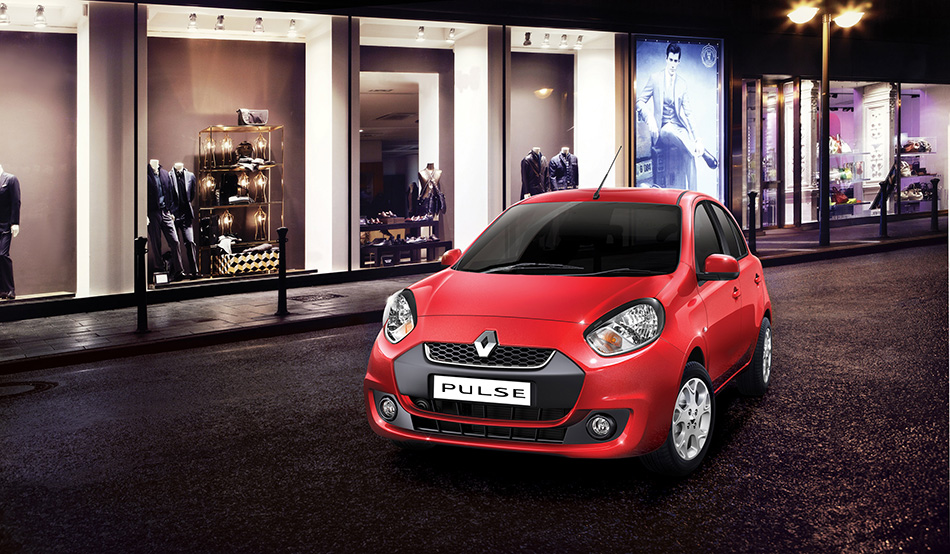 On October 29, the eve of the Indian Grand Prix, Carlos Tavares, COO of Renault, will reveal Pulse and a car offering a foretaste of its sports derivative in New Delhi, India. Pulse is the third in line after Fluence and Koleos and it will constitute the core of Renault's product range in India, where four out of five cars sold are compacts. It will be followed in 2012 by Duster and a sedan.

A car for a rapidly growing market

Pulse is designed for young, upwardly mobile professionals in a country that has one of the fastest-growing and youngest working age populations. Its sporty design, dynamic driving experience and advanced features such as the smart access key to open and start the car by just pushing a button or the automatically folding outside mirror, position it at the top of the A-B segment. It is the ideal introduction to the Renault world for entry-segment upgraders looking for a bold, fuel-efficient compact car that is fun to drive both on the open road and in the city. In addition, customers can benefit from a complete service offer that includes a 4-year peace of mind package and the Renault Complete Care offer.

Putting Formula 1 expertise on the road

Pulse will feature the 1.5 dCi diesel engine that has proven highly popular not just in India, but around the world. It ranks among the best in class for daily city driving thanks to record low fuel consumption—essential on the Indian market—that does not come at the expense of driving pleasure. Its fuel efficiency, responsiveness and reliability reflect the qualities of the RS27 engine developed by Renault Sport F1, which has just powered Red Bull Racing and Sebastian Vettel to the double crown of the constructors' and drivers' title in the FIA Formula One World Championship. Renault's objective has always been to carry over the technologies developed and fine-tuned by its F1 engine specialists to the world of production cars. In this case, the research into improving powertrain and fuel efficiency by reducing friction in Formula 1 cars has been applied to the 1.5 dCi engine.

Designed and built in India

Pulse was designed by Renault's Design Center in Mumbai and will be produced in the Alliance's plant in Chennai, which will also manufacture the engine. The plant complies fully with Alliance quality standards and its production management system is based on mutual knowledge-sharing and the best practices of both Renault and Nissan. Products by both companies can be seamlessly combined on the same line. By using the same platform as Nissan's Micra, Renault was able to reduce development costs and lead times. Pulse is thus a prime example of the synergies generated by the Alliance.

The first orders for Pulse will be taken at the New Delhi Motor Show in January 2012.