There's nothing easy about freestyle skiing: the cold weather, the superman double front flips 100 feet in the air, the unforgiving landings. So when athlete Simon Dumont partnered with Toyota and Oakley to create the ultimate vehicle for the Toyota Dream Build Challenge, it had to be a 4Runner as aggressive as the sport and with comforts appreciated by an athlete at the end of a long day. Meet the "Ultimate Dream Ski 4Runner."

The crew at Herbst Smith Fabrication in Huntington Beach, Calif. created an aggressive look through oversized front grill work, a dark Oakley camouflage-patterned vehicle wrap, LED lights and a rugged, metal roof rack designed to electronically lower and open to store two sets of skis. Comfort is in all the details. 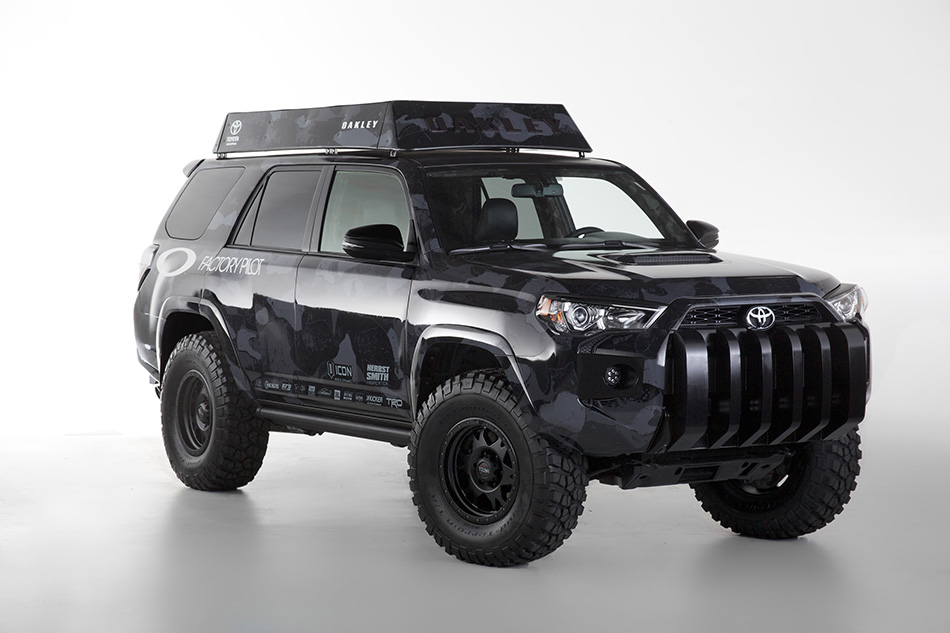 The doors, music, windows and other interior features are controlled by three separate iPads® for a high-end, customized experience. After a cold ski run, there is a coffeemaker, a dryer for each glove and boot and a mountable grill stored in the rear cargo area. "When you're going to attack the slopes, this 4Runner is an assault vehicle," Dumont said. "It was incredible to be part of the Toyota Dream Build Challenge and watch details of my sport and personality be transferred into this car." A Team Toyota member, Dumont is one of the best freestyle skiers in the world and will compete in the 2014 Winter Olympics in the first superpipe event.

He is known for the amplitude he gets in the pipe and his medal success on the slopes. Dumont's custom ride is one of four entries in this year's Toyota Dream Build Challenge that invites Team Toyota athletes and partners to turn a vision into a real vehicle. Fans can vote once per day at www.ToyotaDreamBuild.com until Nov. 4.

The victor will be announced at the SEMA Show in Las Vegas on Nov. 5 at 10 a.m. local time by Top Gear host and racing personality Rutledge Wood. Fans can watch at www.LiveStream.com/Toyota. Dumont's competition is NASCAR driver Parker Kligerman with partner Kyle Busch Motorsports, who transformed a 2013 Camry into a rally car; BMX rider Drew Bezanson with partner Skullcandy, who created the Crusher Corolla; and supercross stars Justin Brayton and Josh Grant with partner Joe Gibbs Racing Motocross with the Let's Go Moto Tundra.