Corolla RZ reveals a stylish "dark" side with a range of black treatments for the wheels, grille, bumpers, mirrors and rear garnish.

But the news is all bright for customers as the special-edition model offers $2,000 of added features for just $1,000 above the Ascent Sport hatch on which it is based.

The RZ arrives with the Corolla nameplate having topped local sales charts in seven months this year, giving it an overall lead of just over 900 vehicles to the end of October. Corolla was Australia's best-selling car in 2013.

Added equipment for the Corolla RZ starts with the convenience of satellite navigation with maps accessible on the audio system's 6.1-inch touch-screen display, along with vision from the already-standard reversing camera. 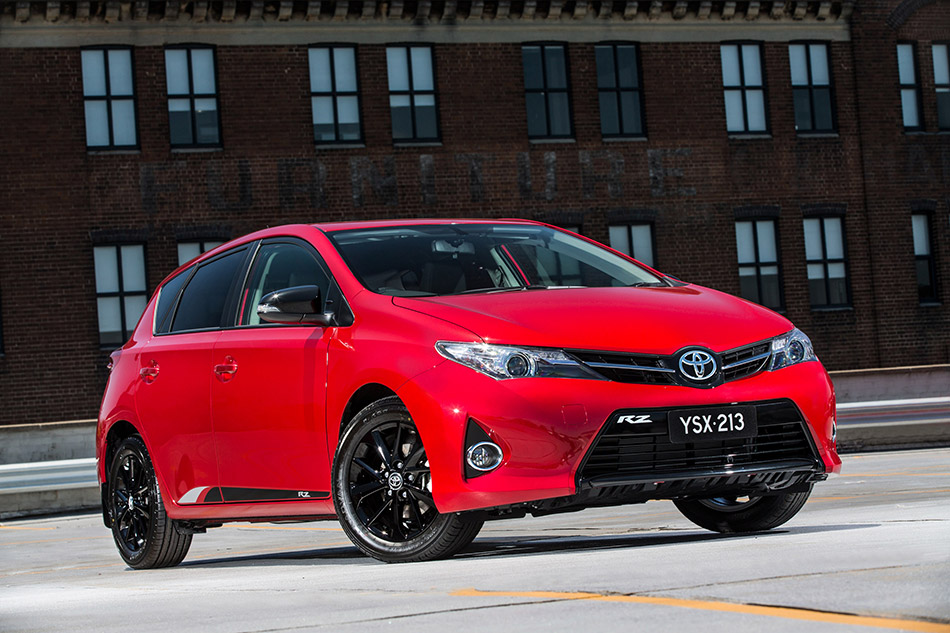 Looks really count on the outside - and this is where Toyota has enhanced the sporty stance of the hatch with eye-catching black detailing.

Most impressive are the racy 16-inch black gloss alloy wheels that are matched with black caps bearing the Toyota emblem.

The car's revised front also displays a subtle mean streak with the black hero colour being used to surround the Toyota emblem in the upper grille. Black is also the colour of choice for the front bumper mouldings and the leading edge at the bottom of the trapezoidal lower grille.

The dark theme continues at the rear with black used for a new garnish below the hatch glass and for the rear bumper moulding.

The six available exterior colours are all optional paints included in the price. The Corolla RZ is distinguished with decals at the front, rear and along the lower edge of the side doors. The black decals feature silver highlights on cars with Wildfire (red), Inferno (orange) and Tidal Blue exterior metallic paints while the highlights are orange for cars painted in Crystal Pearl, Silver Pearl and Positano Bronze.

The RZ, like every Corolla, comes with seven airbags, vehicle stability and traction control, anti-skid brakes and the maximum five-star ANCAP safety rating.

The special-edition model is covered by Toyota Service Advantage with the same capped price deal as other Corolla variants - $130 for each of up to six scheduled logbook services in the first three years or 60,000km.