"The RL Prototype really makes a statement about Acura's focus on performance," said Dick Colliver, executive vice president, sales. "When you combine the high output engine, the sport tuned chassis and Acura's revolutionary all-wheel-drive system, you get a driving experience that other cars in its class just cannot match." 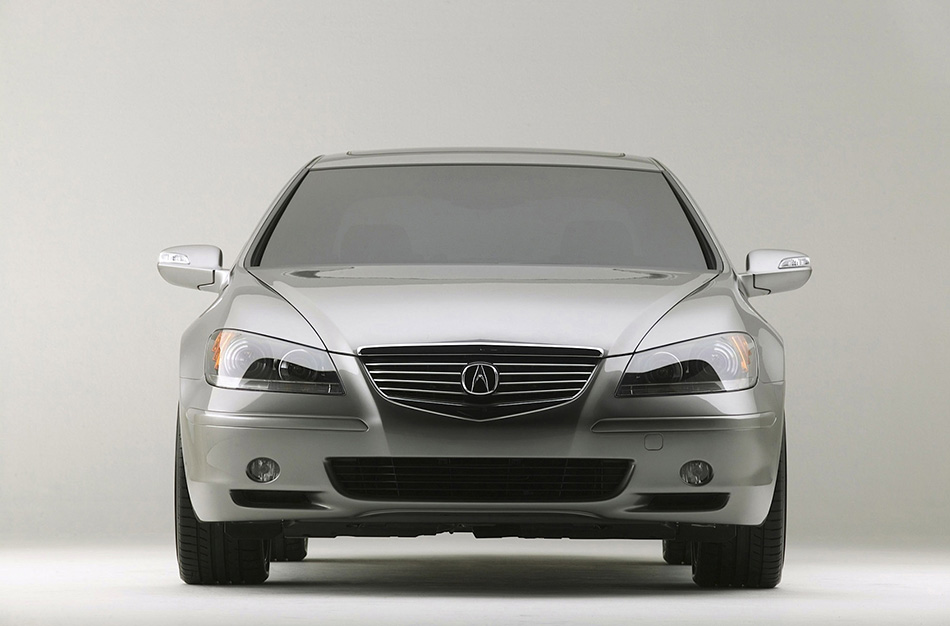 The Super-Handling All-Wheel-Drive System' (SH-AWD') is the first and only all-wheel-drive platform that distributes the optimum amount of torque not only between the front and rear wheels but also between the left and right rear wheels. During straight line cruising and moderate cornering, up to 70 percent of torque is at the front wheels. During full throttle acceleration or spirited driving, up to 70 percent of available torque goes to the rear wheels for increased acceleration and enhanced cornering. In addition to varying the torque front to rear, SH-AWD varies the amount of torque to the left and right rear wheels. When cornering, this ground-breaking technology overdrives the outer rear wheel, sending up to 100 percent of rear torque to that wheel to dramatically enhance the RL's cornering, steering feel, handling and stability. The result is class-leading cornering performance and cornering stability as well as enhanced traction on dry or wet surfaces.

The RL Prototype's 3.5-liter, 24-valve, all-aluminum VTEC engine generates 300 horsepower and meets LEV2-ULEV emissions standards. It is mated to a 5-speed Sequential SportShift automatic transmission that enables gears to be shifted using the shift lever on the center console or with the F1"-type paddle shifters located on the steering wheel.

To further complement the high output engine and all-wheel-drive system, Acura gave the RL Prototype a highly rigid unit body that is lightweight due in large part to aluminum construction of the sub frame, suspension, hood, trunk, and front fenders.

The RL Prototype is the first Acura equipped with the Advanced Compatibility Engineering' (ACE') body structure, designed to enhance passenger safety. ACE uses a new frame structure that helps to disperse collision forces over a larger frontal area than in non ACE-equipped vehicles. The system helps deliver even better protection for vehicle occupants while at the same time reducing aggressivity toward other vehicles in a frontal collision.

The RL's sleek exterior styling reflects the power under the hood. It is shorter, and wider than the current RL with a wide, muscular stance, yet offers more passenger volume than the current model. In front, a dramatically sloping hood leads down to an aggressive front fascia with angular headlight treatments, a signature Acura five-sided grill and distinctive lower air intake openings. A sleek cockpit, a forward sloping beltline and a short deck lid accent the RL Prototype's pronounced wedge shape, making it look fast from any angle.

The RL Prototype features the Adaptive Front Lighting System (AFS) for increased illumination and visibility. The low beams swivel up to 20 degrees in either direction in response to vehicle speed and input from the steering wheel. During straight-line driving the headlights perform like conventional systems by illuminating the road directly in front of the vehicle. When entering a curve, they swivel according to steering input and vehicle speed sensors to illuminate a larger area of road surface throughout the corner, thus minimizing blind spots. 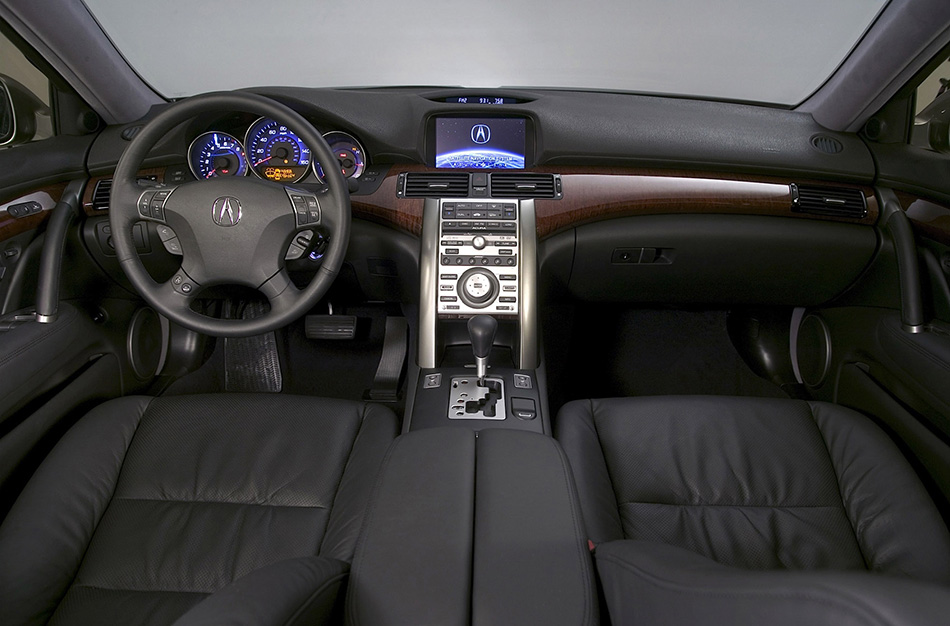 Inside, the RL Prototype is as luxurious as it is sporty. The interior features rich leather, genuine wood trim, an assortment of leading-edge technology and, for the first time in a North American vehicle, standard real time traffic information integrated into a new in-car satellite-based navigation system featuring AcuraLink'. Utilizing the XM NavTraffic service beamed from XM's satellites, the RL Prototype's 8-inch navigation screen can display a variety of up-to-the-minute traffic information where available including flow (traffic speed), accidents, and construction on freeways in 20 major metro areas including Los Angeles, New York and Chicago. Flow and accident information are updated continuously, allowing drivers to take the least congested route to their destination.

In addition to enabling the real time traffic feature, the AcuraLink Satellite-Based Communication System allows for communication between Acura and the vehicle, providing customers with the latest diagnostic information specific to their vehicle as well as vehicle-related messages. Because it is linked to the car's HandsFreeLink' wireless telephone interface, drivers can respond to messages or one-touch-dial Acura dealers and Acura Roadside Assistance (TLC) using their Bluetooth phone.

The RL Prototype is the first vehicle equipped with the Acura Keyless Access System', which allows owners to lock and unlock doors, open the trunk, and start the car without using a key.

The RL Prototype incorporates an assortment of the latest safety systems and devices including a full complement of front, side and side curtain air bags, as well as Vehicle Stability Assist (VSA').