The road-racing-inspired Camaro 1LE performance package returns for 2013 with unique gearing, suspension tuning and tires that make the model capable of more than 1 g of lateral acceleration and a sub-three minute lap time at Virginia International Raceway's Grand Course. It is offered on Camaro SS coupes with manual transmissions.

The 1LE package is offered on 1SS and 2SS coupe models with an exclusive Tremec TR6060-MM6 six-speed automatic. Paired with a numerically higher 3.91 final-drive ratio, the close-ratio gearing of the transmission is tuned for road-racing performance. As with the ZL1, the 1LE transmission features a standard air-to-liquid cooling system for track use. 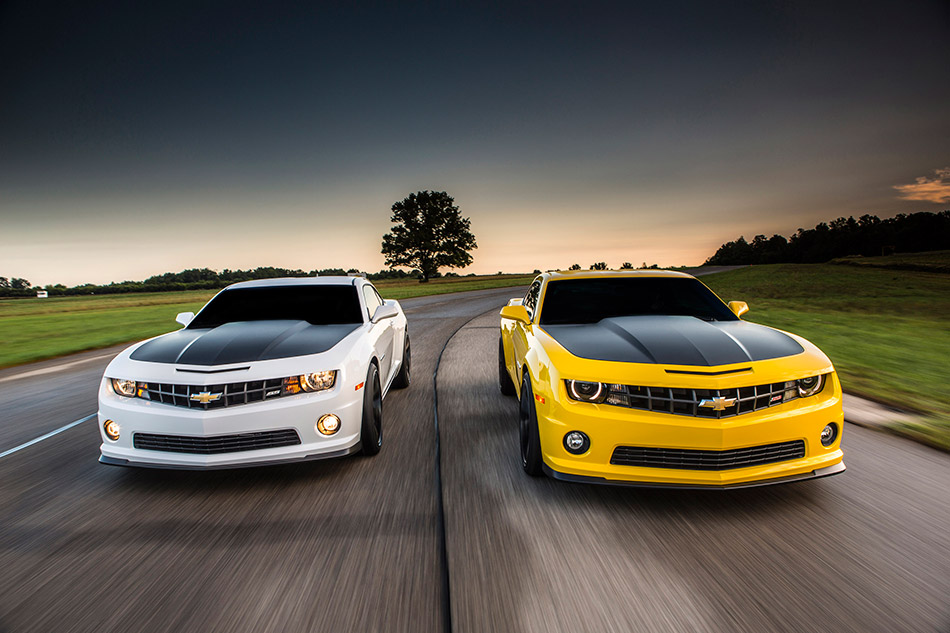 The 1LE also features exclusive, monotube rear dampers instead of the twin-tube dampers on SS models. The new hardware allowed engineers to tune the 1LE suspension to focus on optimal body-motion control while preserving much of the ride quality and wheel-motion control of the Camaro SS.

In anticipation of consumers entering the 1LE in amateur-racing events, Chevrolet is pursuing SCCA approval of the 1LE package for Touring Class competition.

The Camaro 1LE package was introduced in 1988, inspired by Camaro's involvement in Pro-Am road racing.