DMC Germany has been placing themselves on the list of supercar tuners in recent years. While quickly gaining respect as as a refiner of Italian Sports Cars,  the luxury refiner has entered the the market of British Exotics a few months ago with their takes on the McLaren 12C and the Bentley GTC. The latter turned out to be so successful that a special version is now being launched: Officially presenting the DMC Bentley GT "DURO", China Edition.

Even though the standard 2013 Bentley GT Coupe is a fine car by itself, DMC's high standards would find ways to make a good automobile better. The Duesseldorf Germany based tuner has done exactly that, and created a mouth watering fashionista on 4 wheels. The carbon fiber front bumper, which fits 2012+ models has been completely redesigned and extends the car to a further 2", adding to the sporty look. Day-Light LED's further improve that new front fascia, making it significantly different from the original car. 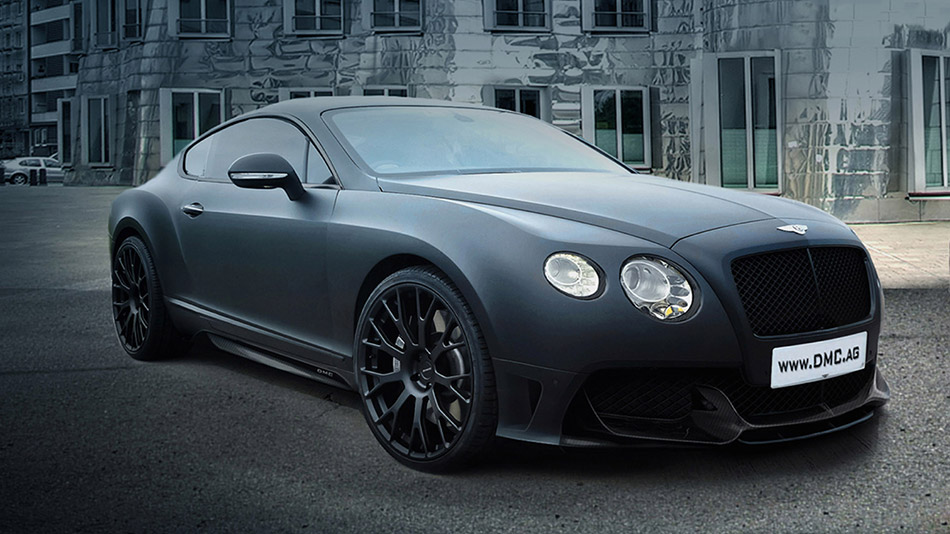 A new design approach, which may split the crowd into lovers and haters can be found on the side skirts. Instead of traditional side diffuser, the German designers added elegant carbon fiber wing-lets that not only improve the aerodynamics, but also add a fresh element to the cars overall look. The carbon fiber rear bumper may be the most significant part of DMC's DURO, since it's design is clearly stronger and muscular when compared with the OEM. As seen on previous styling packages, the company put a special attention to the detail and high quality, while improving the overall design with a more aggressive look that stays in line with the original values. The result is a unique Bentley GT Coupe, that received a DMC style carbon fiber body kit, new wheels and an exciting performance upgrade.  The separate carbon fiber diffuser which adds under rear fascia not only support the aerodynamics, but also add a certain power look to the car which is normally very conservative. Final touch is achieved by the added carbon fiber rear spoiler, which completes the new appearance.

The engineers also put a special attention to the performance package: The Germans were able to achieve a new 672 HP / 494 KW, as a result from the titanium exhaust, Sport Air Filters and an optimized Electronics. Most importantly the improved torque of 780 Nm pushes owners of this beast back into the seats, making you wonder if it's in fact a Bentley you are sitting in, or a Lamborghini which DMC is normally known for. The modified engine improves the 0-60 MPH to 4.5 seconds and enables new top speeds of up to 325 km/H.

The newly gained power must be controlled by DMC's wheels: The diamond-forged rims come in 10x22" and make the car stand out in the crowd. The 295/25/22 tyre that comes along, make this a true eye-catcher in the roads of China. They come in a matte black version, which in combination with the custom paint-finish of the car are special features of the China Edition. The interior is getting the typical DMC make-ocer as well: An individual creation of art, which is tailored to each owner, brings together a fireworks of sins and pleasures. Carbon Fiber, fine Italian Leather and other rare materials are being hand-crafted for DMC's exclusive clientel.