The Punto 2012 confirms the distinctive aspects that destined the previous editions for success in all the European markets - not only is it constantly the top-selling car in Italy, but nearly 8.5 million vehicles have been produced from 1993 (the year of the first launch) until today - and intensifies the distinguished personality with an important aesthetic update, together with the new exterior colours and the seat upholsteries. Together with the aesthetic update, the two-cylinder 85 HP 875 cc TwinAir turbo engine named "International Engine of the Year 2011" and the evolution of the 85 HP 1.3 MultiJet 2 are making their debuts, making it one of the diesel cars in its segment boasting the best CO2 emissions. 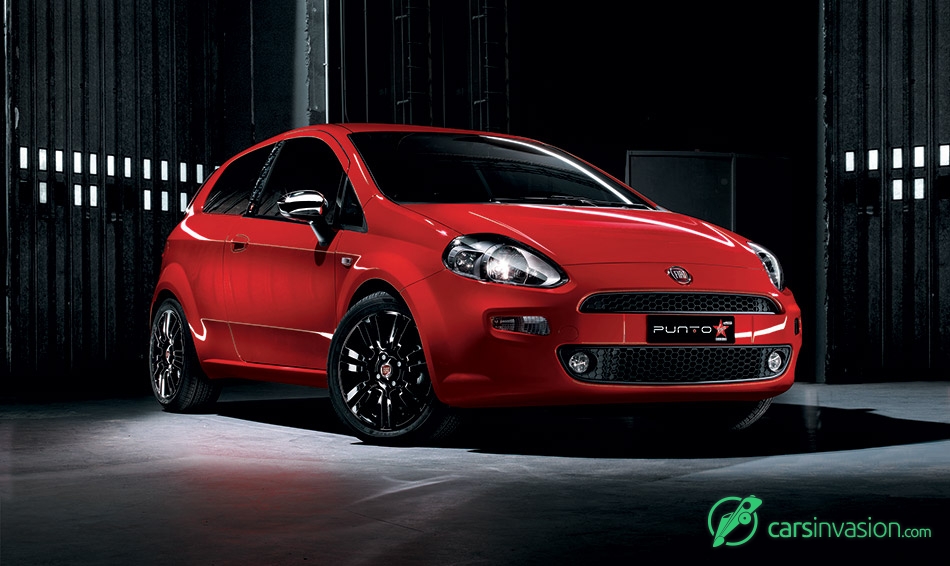 Renewed style in the spirit of "elegance and dynamism"

On the outside, the Punto 2012 model presents a new front distinguished by a bumper entirely painted in the same shade as the body, with the direction indicators positioned alongside the air intake in a single perimeter that surrounds them. The bumper is incorporated and of the same body colour also at the back of the vehicle. In detail, its shape in relief describes a zone that divides the area dedicated to the number plate from that in which the auxiliary functions of the lights are positioned. Inside, brand-new fabrics upholstering the seats and original inserts of the dashboard that emphasise its stylistic elegance are evident. The new style innovations of the Punto 2012 are completed with a new design for the 15" alloy wheels and three new metallic bodywork colours: Glam Rock Blue, Tip Tap Red and Blues Grey. As for the 500 model, the TwinAir name on the Fiat Punto 2012 will indicate not only the two-cylinder engine, but also a new trim level marked by a unique and recognisable look: the availability of a dedicated colour, Energetico Green, and the exclusive glossy black roof, available as an optional.

Together with the updated look the two-cylinder 85 HP 875 cc TwinAir turbo engine - named "International Engine of the Year 2011" - is making its debut. This is what confirms the model as a perfect balance between eco-friendliness (98 g/km CO2) and driving pleasure (85 HP at 5,500 rpm of power and 145 Nm at 2,000 rpm of torque). With the specific engine control calibration, this engine brings together two different operating modes that can be selected by pressing a button on the dashboard. Normal provides full engine performance to enhance driving liveliness and spirit, while Eco, which limits the torque, reduces fuel consumption to ensure a driving style that is truly eco-friendly and more economical.

Another innovation in the field of engines is the evolution of the 85 HP 1.3 MultiJet 2. By adopting two new technologies, Intelligent Alternator and Intelligent Flow, it achieves the record-breaking level of 90 g/km CO2. These technologies, together with the use of low-viscosity transmission fluid, make the Punto 2012 one of the diesel cars in its segment boasting the best CO2 emissions.

10 engines that meet all needs

The Punto 2012 continues to be a constant point of reference when it comes to engine innovation. They are increasingly lively and thrifty both with petrol (MultiAir and TwinAir) and diesel (MultiJet) supply, combining innovation with eco-friendliness every single time. Evidence of this lies in the methane or LPG engine, in addition to extending the Stop&Start with Gear Shift Indicator technology to all the Euro 5 diesel and petrol engines. This system automatically cuts out the engine and suggests the best gear in order to reduce fuel consumption and emissions by up to 15% for an urban route. This long tradition of records is reinforced today with the Punto MY 2012 following introduction of the new 85 HP TwinAir turbo engine and the evolution of the 85 HP 1.3 MultiJet engine.

The widest range in its segment

The range in Italy comprises three product lines - Comfort, Sport and Fun to Drive - each featuring a different content offer with the aim of satisfying different needs. The first line includes the Pop, Easy and Lounge trim levels, and addresses the traditional customer in a crescendo of comfort and style features. Instead, for a typically male customer looking for a car that looks distinctive and dynamic, the Sport line that includes the Racing and Sport versions has been created. In particular, the Fun to Drive line offers the exclusive TwinAir trim level dedicated to the revolutionary two-cylinder engine. It is characterised aesthetically and internally with glossy black pillars and mirror covers, special alloy wheels, 13 exterior colours, one of which is dedicated, Energetico Green, the exclusive glossy black roof option and special "Sportex" seat fabrics. 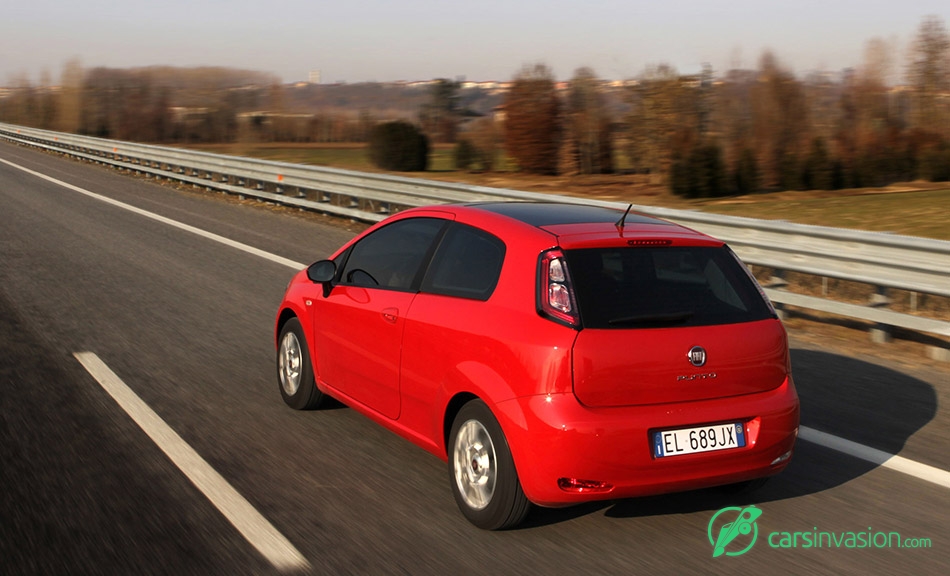 The characteristic value of a distinctly unique architecture for a vehicle which is still the forerunner of its type once again emerges in the design of the Punto 2012. This saloon has a feisty attitude and offers space inside with an unambiguous image of speed and modernity. Having established itself as an instant classic in a vehicle class that had never existed before, the Punto 2012 confirms Fiat's tradition of always creating cars in perfect tune with Italian design that are able to give voice to the attitudes and expectations of demanding car owners attentive to performance and total usability of space, and also to represent them with clear-cut, dynamic and recognisable lines.

The Punto 2012 has an updated exterior with front and rear bumpers that are a blend of the strong points of the Grande Punto, launched in 2005, and the Punto Evo, introduced to the market in 2009. In detail, the front bumper sports new graphics that today enhance the technical and functional zones, such as the two air intakes, now enclosed in a single trapezium-shaped perimeter, and two side appendixes, which contain the direction indicators.

Now the bumper band is integrated with the rest of the bumper and is still the same colour as the body, while the round fog lights with cornering function are located in the lower air intake.

The grille is black and has a hexagonal mesh pattern on all the trim levels. It creates a sharper contrast with the body colour on the rest of the bumper. Higher up, the Fiat logo stands out in the centre of the bumper, while the other exterior details have remained the same as those of the previous Punto generation. The result? A highly refined design which doesn't sacrifice clean lines.

As for the front, the rear bumper has also been redesigned with the band integrated with the rest of the bumper, and it too is painted the same shade as the bodywork. The rear fog light and reversing light are still arranged beneath it but now have an elongated shape and are integrated with the surrounding surface. The Fiat logo is on the hatchback and now serves to unlock the doors, and the "Punto" logo is beneath it in the centre, stylised with the ruby red dot, the same colour as the Fiat logo.

The Punto 2012 sports new, fresher and more youthful materials and colours on the inside as well. In particular, different types of fabrics according to the trim levels have been developed for the seats: grey denim with ruby red embroidery for the Pop; Denim Extra with electro-welding in three different shades (grey, blue and red) for the Easy and Racing; and lastly a refined black Castiglio fabric with inserts and surfaces in a hexagonal pattern similar to the design of the front grille cover the anatomical configuration seats of the Lounge and Sport. The black leather upholstery is available as an optional on all the trim levels (except Pop).

The dashboard fascia, soft touch starting from the Easy trim level, is covered with a particular black 3D finish, Diamond, on the Easy and Racing versions, while the covering is made using a distinctive embossing, Stone, that emphasises the perfect blend of elegance and sportiness on the Lounge and Sport versions.