America's best-selling, most capable full-size pickup now delivers the horsepower to make it one of the most powerful half-ton pickups on the market. The 450 horsepower supercharged Ford F-150 Harley-Davidson™ Super Crew 4x2 hits the road this summer.

Born from tremendous customer reaction to the F-150 performance truck concept that was on display at the November 2006 SEMA show, the supercharged F-150 Harley-Davidson™ packs the extra power punch that Ford truck enthusiasts have been demanding.

"Ford is the truck leader because we pay attention to what our customers want and move quickly to meet their needs," said Ben Poore, Ford Truck group marketing manager. "They told us they wanted a performance equipped truck so we worked with Saleen to bring the supercharged F-150 Harley-Davidson™ to market in rapid fashion." 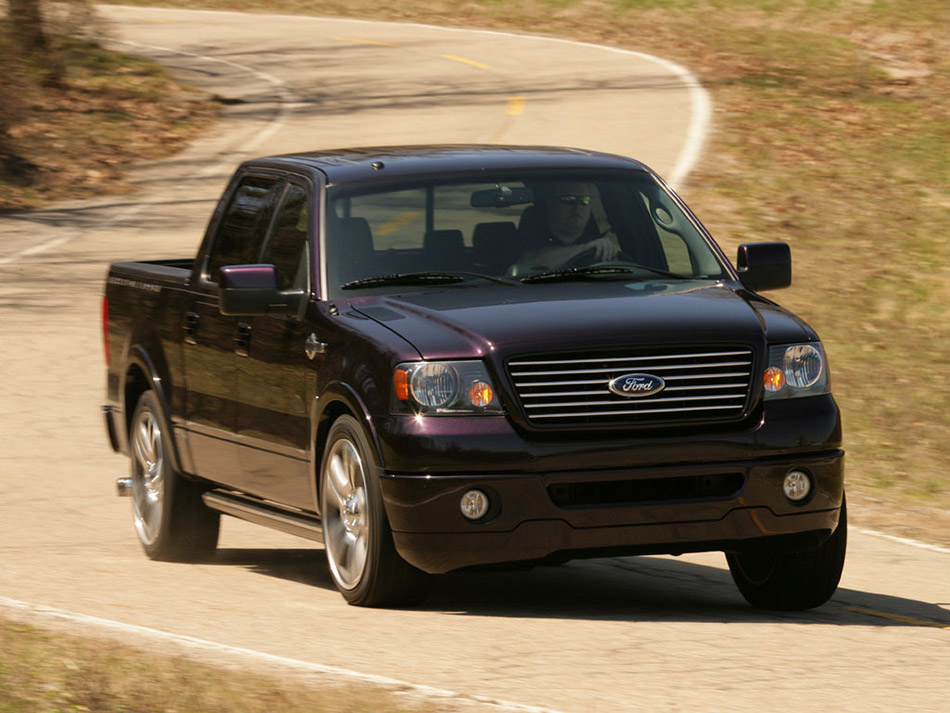 The supercharged F-150 Harley Davidson™ is available in ebony black or dark amethyst with plenty of gleaming chrome, 22-inch oversized wheels and tires and a custom scalloped stripe that runs along the beltline that creates a glued-to-the-ground appearance. "Harley-Davidson" script runs along the bedside in three-dimensional chrome letters. Blacked-out headlamps and a unique chrome billet grille give it a distinctive, bold front-end.

The 2007 F-150 Harley-Davidson™ truck is the ninth model to emerge from a Ford/Harley-Davidson™ partnership that began in 1999. The co-branding of the two storied 104-year-old companies has proven to be a successful formula with total sales of Ford F-Series Harley-Davidsons™ of nearly 60,000 units.