Although hardly struggling in the performance department in standard 220 PS guise, the Exige S is now being offered with an optional Performance Pack.

This raises power to the same 240 PS / 179 kW (minimum) at 8000 rpm enjoyed by the limited
edition 240R, courtesy of a Magnuson/Eaton M62 supercharger and new, faster flowing injectors, and higher torque clutch system and an upsized roof scoop. 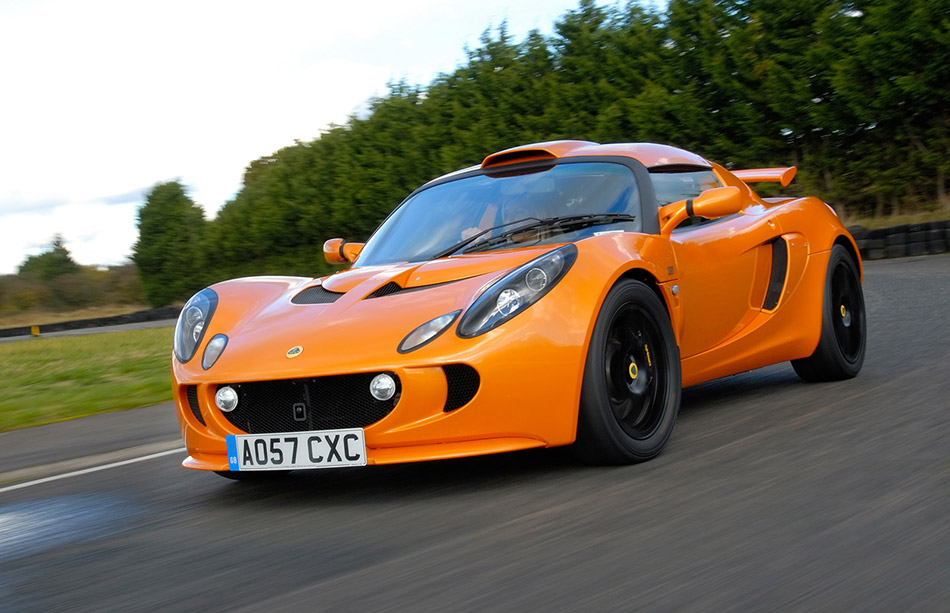 Of course the increased power and straight-line performance are only a couple of elements of the Performance Pack option. The clutch is uprated and a clutch damper fitted; there are thicker, 308mm diameter cross-drilled and vented discs at the front clamped by AP Racing fourpiston callipers; the standard brakes pads are replaced by uprated items and there are braided brake hoses.

Keen to pass on lessons learned on the track with the Exige GT3 racing programme, Lotus Sport has contributed another important technology to the Performance Pack launch control combined with variable traction control. This combo has already made its production debut with the track-oriented Lotus 2-Eleven.

From the drivers seat the launch control allows you to determine the number of revs you wish to use during a standing start. Having programmed that limit, you then hold your foot down hard on the throttle and sidestep the clutch at departure from the line time. The clutch damper cushions the severity of the clutch / transmission engagement to minimise the stresses to the drivetrain (noting that abusive/ continuous standing start applications will destroy the drivetrain components). The launch control also keeps wheelspin at bay until 6 mph, after which the traction control assumes its duties.