Maserati presents an exclusive, limited-edition Spyder on the eve of its 90th Anniversary celebrations.
The Spyder 90th Anniversary features an all-new Blue Anniversary livery. A grey outlining has been added to frame the front headlight cluster, creating an appeal contrast and highlighting the front of the vehicle.

The new colour scheme brings out all the vigour of this droptop. The body kit comprising the sports windscreen and door sills only add to this feel. This version of the Spyder is also fitted with two aerodynamic headrests in blue carbon wire, a feature that recalls the close ties Maserati has always had with the racing world. 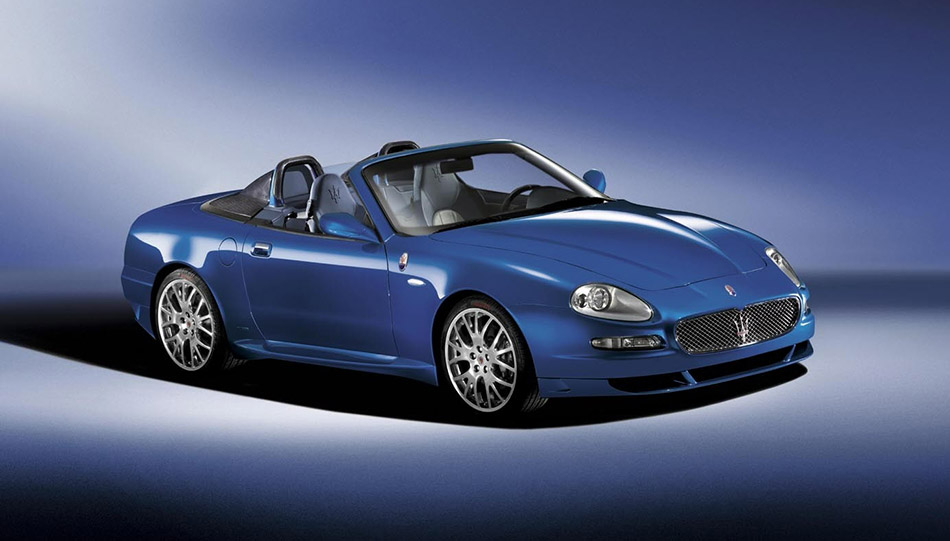 The classic red tinged Trident takes pride of place in the centre of the chrome grille, itself resplendent against the blue livery. This symbol, teamed with the 'ball-polished' chrome door handles and the 19" rim wheels emphasise the natural gleam of the aluminium. The exterior look is completed by the titanium coloured brake calipers and the distinctive oval logos on the bumpers, a tribute to the 250F driven by Fangio in the 1957 F1 World Championship. The interior too has been given a special finish that complements the overall look.

The 90th Anniversary event will take place between 17-19 September. The route will link Milan and Rome, with a stop at the factory in Modena. All the models from the current range will feature, as well as classic and private vehicles. The occasion is the first arranged by the new Maserati Club, that has taken the place of the Registro Maserati.

The Maserati Club is based in Modena at the historic Viale Ciro Menotti site and has Maria Teresa De Filippis as its President. It aims to expand internationally and organise events that will meet, and exceed, collectors' expectations.