The Nissan Sport Concept, which will make its public world debut at the 2005 New York International Auto Show, is the latest in a series of dynamic performance/youth concept vehicles following the Nissan Actic and Nissan AZEAL concepts.
The Sport Concept is a dynamic three-door hatchback with a dramatic four-seat interior. It offers the look and feel of a sports tuner car, yet is conceived as an affordable, attainable vehicle for buyers entering the new car market for the first time.

"The story behind the development of the Sport Concept, AZEAL and Actic is that Nissan is thinking big about the small car segment," said Jack Collins, vice president, product planning, Nissan North America, Inc. "With these three design explorations, we're focusing on how we can bring Nissan's heritage of innovation, sportiness and driving pleasure to a category of vehicles that traditionally lack design excitement and strong visual appeal." 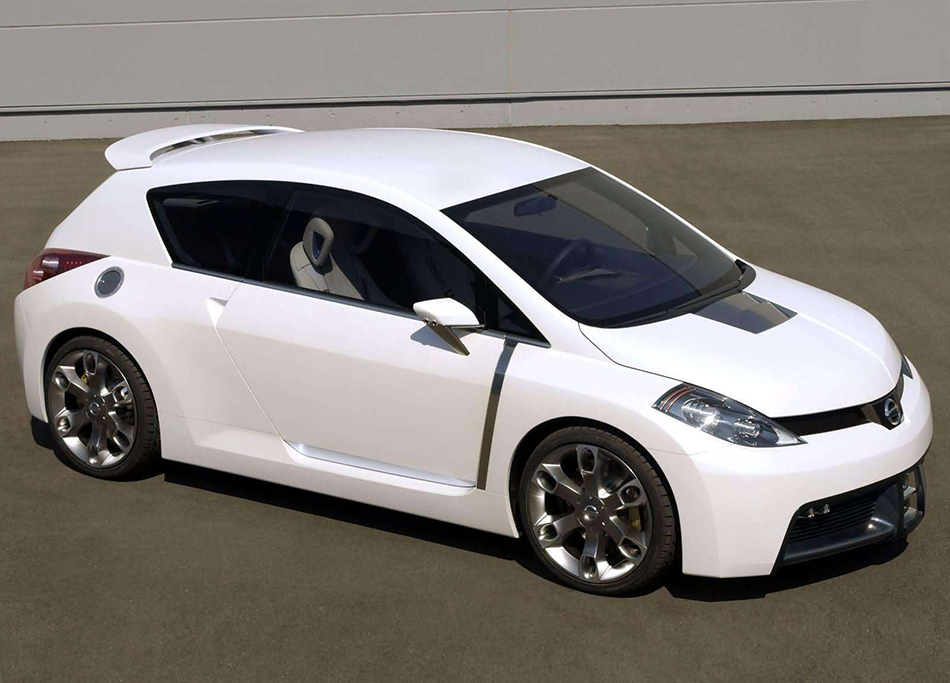 "The Nissan Sport Concept, like the AZEAL and Actic before it, is first and foremost a showcase of future thinking, yet it is also a car that would be right at home in Nissan showrooms in the not-too-distant future," said Collins. "Nissan has a strong global lineup of compact enthusiast vehicles, including the March, Cube, Tiida, Note and Sentra SE-R, and, in the Nissan 350Z, one of the world's most desirable sports cars. The new Nissan Sport Concept fuses the best of both worlds."

The exterior of the Nissan Sport Concept combines shapes and forms that are both geometrical and mechanical in feel, creating a sense of acceleration and kinetic energy. The dynamic fender forms give the special Pearl White-painted body a look of pure, almost animal performance. Its athletic roofline is marked by a large rear roof-mounted spoiler, while its bold surface composition, robust fender character lines, deep front spoiler and side sills, and large wheels and tires provide an animated, video game-like stance.

"The Nissan Sport Concept may be small dimensionally but it is large in its dynamic energy – aggressive, highly functional and definitely street-wise," said Collins.

The interior of the Sport Concept is designed to fit four adults comfortably, yet with an emphasis on the front two seats – with every element of the cockpit existing to enhance the vehicle's engaging driving experience.

"The Nissan Sport Concept is as close to performance art for the street as you can get – modern, cool, ready to run," said Collins. "When it comes to the next wave of small car design, a SHIFT_ is about to be made. And Nissan is making it."