The innovative and distinctive Nissan Note range has been boosted by the arrival in showrooms of the DIG-S. Powered by Nissan's state-of-the-art supercharged petrol engine, DIG-S promises best in class efficiency and low running costs to match its bold design and smart technology.

The advanced direct injection engine delivers the economy and emissions of a diesel with the refinement and responsiveness of a 1.6-litre four-cylinder petrol engine... yet the low-friction, lightweight and highly efficient three-cylinder DIG-S displaces just 1,198cc.

Despite its compact overall dimensions, the DIG-S (standing for Direct Injection Gasoline - Supercharged) produces 98PS and 147 Nm of torque for CO2 emission and fuel efficiency figures of 99g/km and 65.7mpg. This advanced engine features a range of innovative features to ensure it not just meets but exceeds customer expectations. An offset crank pulley counterweight smoothes out the imbalances inherent in a three-cylinder engine while the adoption of the Miller Cycle combustion process allied to the advanced supercharger boosts efficiency.

The Miller Cycle, patented by American engineer Ralph Miller in the late 1950s, introduces a two-stage intake stroke (thus producing, in effect, a fifth stroke) by keeping the intake valve open for longer than in a conventional engine. Coupled with a higher compression ratio and with the supercharger boosting output at low engine speeds, the result is a more complete combustion phase.

Further enhancing efficiency, the supercharger has an electronic clutch which allows it to be disconnected from the engine when not required further reducing power losses through friction.

As with the Note's 80PS version of the three cylinder 1.2-litre unit and the 90PS 1.5-litre dCi turbodiesel - the DIG-S has Nissan's Idle Stop/Start system that cuts the engine completely when the car is stationary. Improvements to the system have reduced noise and vibration during the restarting process to ensure the system works as unobtrusively as possible.

DIG-S models are available with the choice of either a five-speed manual transmission or an optional XTronic. New low friction technology means the XTronic in Note is more efficient than ever, producing just 119 g/km of CO2.

The range-topping DIG-S models further benefit from 16-inch alloy wheels as standard as well as revisions to the suspension for enhanced ride and handling. Changes include new springs, dampers and roll-bars, revised steering settings and the addition of stiffening braces at the front and rear to improve body stiffness still further. There have also been changes to the VDC and ESP software to ensure a perfect match with the revised hardware.

The arrival of the DIG-S completes the Note's powertrain line-up and is expected to represent 25 per cent of sales in the UK. It will carry just a £1,000 premium over the non-supercharged 1.2-litre engine. Available from Acenta trim upwards, prices start at £14,495.

At the same time as DIG-S models arrive in showrooms, Nissan is introducing a Style Pack which is available from Acenta grade and costs an additional £800.

Both the DIG-S and the availability of the Style Pack enhance what's already a strong contender in the heart of the B-segment. Built in the UK at Nissan's Sunderland Plant, new Note brings advanced technology and a genuinely premium feel to the market. 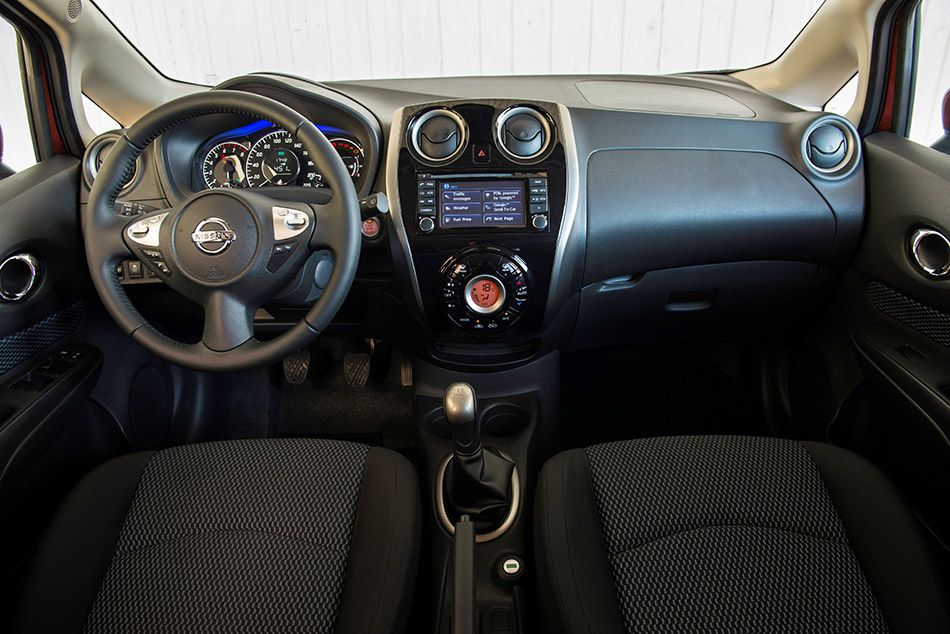 As well as highly efficient engines and an agile chassis, Note has a versatile and roomy interior plus the availability of advanced sector-first technology including the Nissan Safety Shield.

Providing tangible real-world benefits, Nissan Safety Shield brings together a number of features to make Note ownership as safe and comfortable as possible. Using cameras and sensors to monitor the area around the car at all times, Nissan Safety Shield incorporates Blind Spot Warning, Land Departure Warning and Moving Object Detection to alert the driver to potential hazards while on the move.

Nissan's acclaimed Around View Monitor, which gives a 360 degree ‘helicopter' view around the car when manoeuvring, is also available on Note, while the enhanced Nissan Connect navigation system now includes GoogleTM ‘Send to Car' software. This permits routes planned on a computer at home or in the office to be transferred directly to the car ready for a forthcoming journey.

"Nissan Note has already made a real impression in Europe with strong sales in all markets. The arrival of the hugely effective DIG-S engine and the added design enhancements offered by the Style Pack will further cement its position as a genuine force in the B-segment," said Geraldine Ingham, Chief Marketing Manager, Nissan Europe.