The new Lotus Europa S, a Grand Tourer (GT) inspired two-seater will provide Lotus customers with a spectacular sportscar with significantly enhanced levels of touring and cruising capability. It will provide drivers with higher levels of practicality and refinement to complement the simplicity of the Lotus Elise and Exige models.

The Lotus Europa S follows the core Lotus philosophy of performance through light weight enabling this refined and very high performing GT car to weigh just 995 kg. This low weight has been obtained through the clever use of advanced and high tech materials including an extruded and bonded aluminium chassis, composite body panels and a very advanced composite energy absorbing front crash structure. 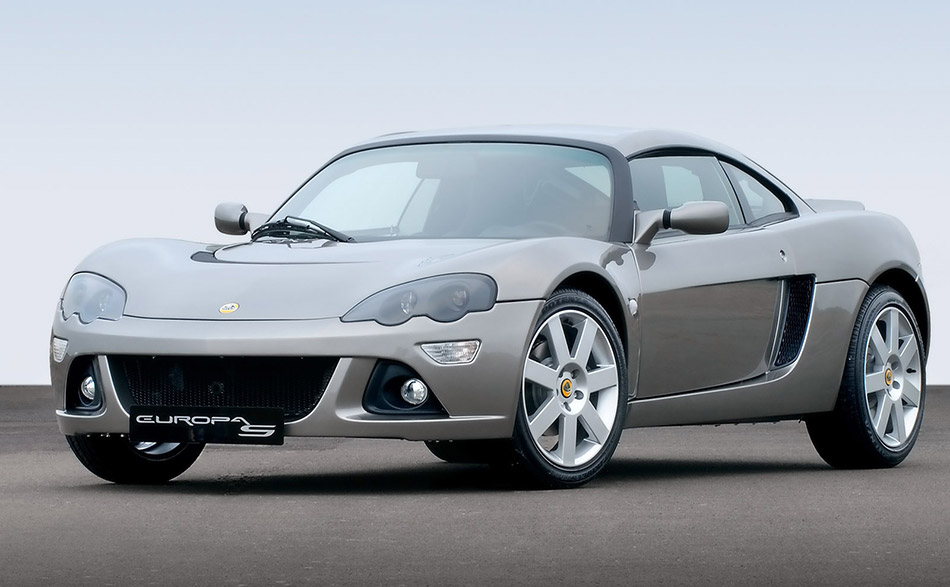 When compared to the award winning Lotus Elise, the Europa S has a larger boot / luggage compartment and easier cabin access, resulting from lower chassis sides and a higher roof line. Coupled with luxuries such as full leather interior, driver and passenger airbags and carpets all as
standard, Lotus has created a "Business Class" driving experience.  However, the Europa S is not a derivative of the Elise or the Exige and has been allocated a separate Lotus type number of Type 121 - the Elise and Exige are both Type 111.

Tony Shute, Head of Product for at Lotus Cars explains the concept behind the new product: "The Lotus Europa S has allowed Lotus to exploit its extensive capabilities in developing a sophisticated GT car which successfully complements the range of existing cars. The ‘Grand Tourer' concept underpinning the Europa S provides the driver with a refined environment, incorporating innovative styling features which do not compromise the superior performance and handling that is synonymous with the Lotus marque."

Describing the Lotus Europa S, Russell Carr, Chief of Design for Lotus says: "The form of a design should reflect the spirit of the car, and the Lotus Europa S is no different. Where the rebellious track-focused personality of the Exige is characterised by shrink-wrapped athletic forms communicating agility and power, the Europa S has a more fluid, understated language reflecting its more sophisticated persona."

The introduction of a GT car, represents both an important and unique addition to the Lotus product range, as Clive Dopson, Managing Director of Lotus Cars, explains: "The launch of the Europa S re-affirms our position as an innovative player in the highly competitive sportscar marketplace. It allows Lotus to extend its product appeal beyond our traditional customer base, and provides yet another demonstration of the key Lotus brand attributes and high levels of quality for which we are particularly proud."

Production of the Lotus Europa S is scheduled to commence in July 2006 at the award winning and world leading Lotus manufacturing facility at the Lotus Headquarters in Hethel, Norfolk, UK. The Europa S will be sold in all markets where the Lotus brand is present, except for the USA and Canada.

Final pricing and full specifications will be announced closer to the on-sale date, but the price is expected to be the region of Ј33000 (49000 Euros) depending on individual market taxation.