Ford debuted the all-new 2007 Ford Mustang Shelby GT through a behind-the-scenes look at the high-performance Mustang's development on its "Bold Moves: The Future of Ford" web-based documentary. Ford confirmed production of the Shelby GT as one of the new product introductions for Ford and Lincoln Mercury. The Ford Mustang Shelby GT will feature a 4.6-liter V8 producing 325-horsepower and production will be limited in volume therefore assuring its exclusivity like all Shelby Mustang models.

"Our goal is to offer a steed for every need," says John Felice, Ford brand general marketing manager. "The new Shelby GT is a low-volume, extremely collectable Mustang for enthusiasts. It also offers a few more customers the opportunity to experience firsthand magic of Mustang and Carroll Shelby." 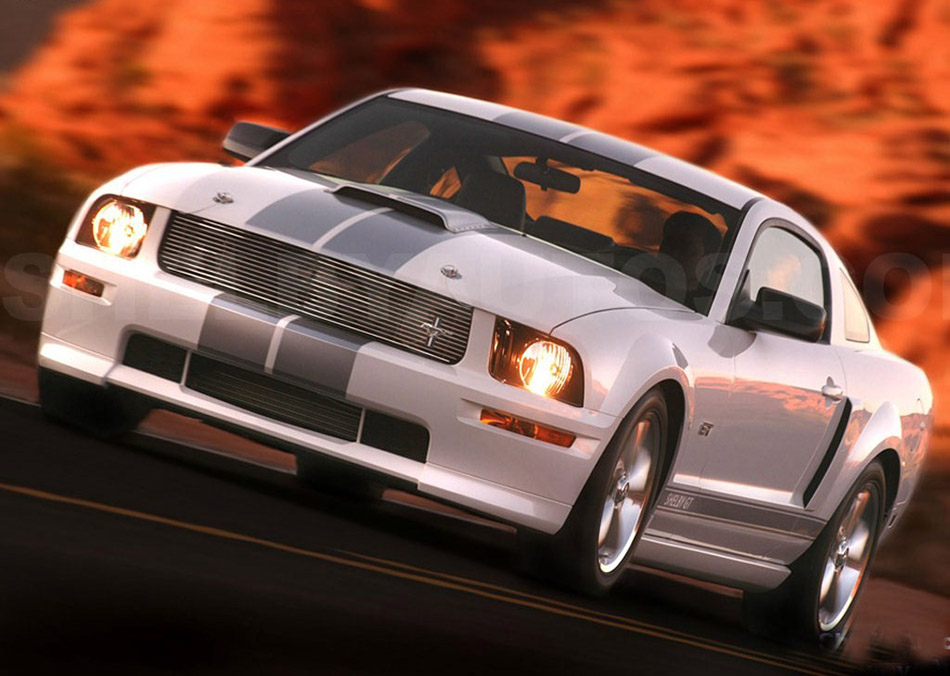 "We have been overwhelmed at the number of people who want to buy a version of the Shelby GT-H," said Carroll Shelby, CEO of Shelby Automobiles, Inc. "The Shelby GT will deliver the power and balanced handling of the Shelby GT-H, but with more performance potential, especially due to the available manual transmission."

Modern Shelby Mustangs have proven to be extremely desirable among Mustang and Shelby enthusiasts. For example, in January 2006 an early production Shelby GT500 sold at the Barrett-Jackson auction for $600,000, with proceeds benefiting the Carroll Shelby Children's Foundation. On July 28, 2006, a Shelby GT-H was sold for $250,000 at the EAA AirVenture, with proceeds benefiting the Youth Eagles aviation education program.

"The Shelby GT builds on the expertise of Ford Racing, the experience of Carroll Shelby and the Shelby team to deliver an incredible driving experience that is unmistakably Shelby," says Jamie Allison, manager, Ford Racing Performance Group. "And, like every Shelby Mustang should be, the Shelby GT is ready to be both a weekday driver and a weekend warrior for track days."

The Shelby GT driving dynamics are fine tuned with the Ford Racing Handling Pack, which was developed by the same engineers that developed the Ford Racing FR500C, which won the 2005 Grand-Am Cup Championship. New coil springs drop the overall ride height by an inch-and-a-half for a more aggressive stance and reduced body roll. Stiffer dampers and front swaybar further enhance cornering feel and body control. To showcase the key performance modifications, Ford Racing painted all the key suspension components, including the damper, spring, and swaybar Ford Racing Blue.

A front strut-tower brace adds additional strength to the chassis structure, and P235/55ZR18 high-performance tires maximize the benefits of the chassis upgrades.

Under hood, the Ford Racing Power Pack increases the output of the naturally aspirated, three-valve, 4.6-liter V8 to 325-horsepower, and 330 pound-feet of torque. The Power Pack includes a 90 millimeter cold-air intake and a new performance engine calibration for improved response. The high-flow exhaust system with X-pipe crossover offers better power delivery and a throaty V8 exhaust note. A shorter rear-axle ratio is installed to capitalize on the Shelby GT coupe's extra power, especially accelerating off the line. For Shelby GT models equipped with a manual transmission, a Hurst short-throw shifter is installed for more precise shift action.

"The Shelby GT is great fun on the track," continues Shelby. "It's got the heart and soul of the Mustang GT pumped up with a strong motor, nimble chassis and great sound. It's one of those rare cars that's easy to drive really fast." 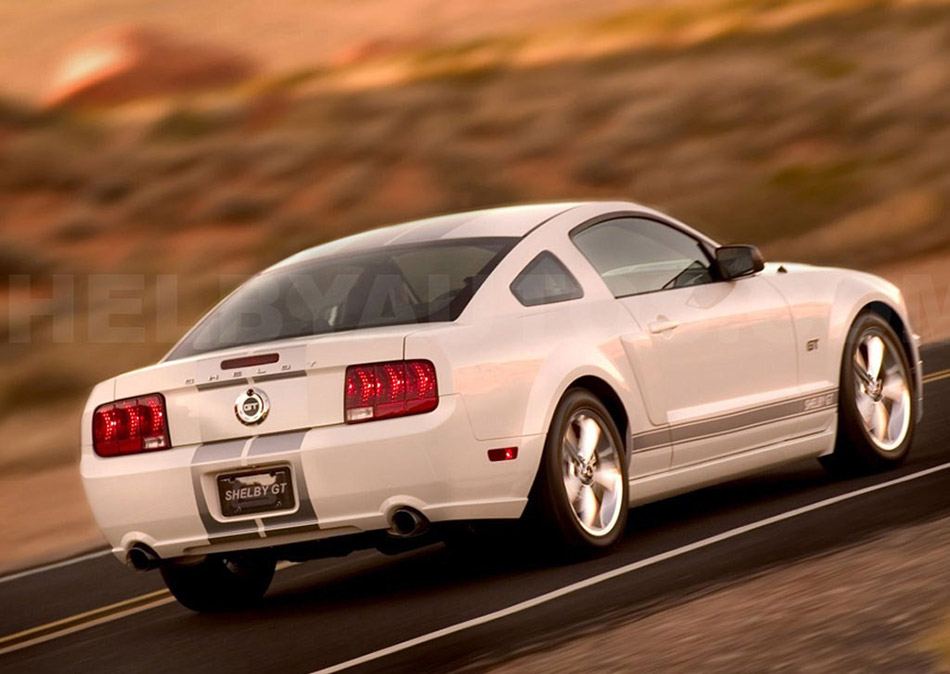 The Shelby GT will be offered only as a coupe, and only in two exterior colors, Performance White or Black. Both colors are accented by silver LeMans-style racing stripes - a signature detail of classic Shelby Mustangs. The LeMans stripes extend over the hood, roof, and trunk, and are complemented by matching side stripes with "Shelby GT" nomenclature.

The powerful face of the Shelby GT features a unique front fascia, with a more aggressive lower air dam. The brushed-aluminum grille is accented by an offset Mustang logo. In addition, the Shelby GT has a new hood scoop that comes directly from the famed Shelby Cobra roadster.

The side profile features chrome-finished 18-inch wheels and unique side scoops just before the rear wheel arches. The rear fascia frames the larger dual exhaust tips, and is topped by Shelby badging on the trunk lid.

Inside, features include 'Shelby GT' logo floor mats and custom sill plates with Shelby GT nomenclature. In addition, the Shelby GT features an authentication plate on the center dashboard, as well as matching tag underhood. This tag features the CSX number, which is recorded in the Shelby Automobiles registry.

Shelby GT models will begin as a stock Mustang GT assembled at AutoAlliance International assembly plant in Flat Rock, Mich. The cars are then shipped to the Shelby Automobiles facility in Las Vegas for modification before delivery to Ford dealerships.

"The Shelby team in Las Vegas is excited about building the Shelby GT," said Amy Boylan, President of Shelby Automobiles, Inc. "With our friends at Ford, we are creating the next chapter in the Shelby legacy."

Offering a steed for every need

"It's an exciting time to be a muscle car fan, as legendary names from the 1960's are being reincarnated in the marketplace," says Felice. "As the Shelby GT shows, Ford will continue to dominate the new muscle car wars just as we have done for over forty years. No other nameplate will be able to match the depth and breadth of options the Mustang offers."

Ford has also introduced several special packages on Mustang further increasing its unique offerings, including the Pony Package and the California Special. And there are plans for more in the future.

As a result, Ford offers Mustang enthusiasts the ability to buy, modify and drive the steed that perfectly fits their need.